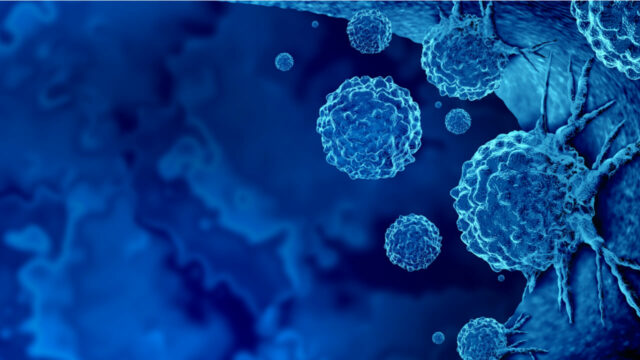 In this year’s Q3 report, it is clear that cancer diagnostic company BiBBInstruments is getting closer to obtaining MDR certification, which is to be followed by further clinical evaluation of EndoDrill, primarily in pancreatic cancer. The clinical interest is really high, and doctors are impatiently waiting to use the company’s instrument. BioStock contacted CEO Fredrik Lindblad to get his comment based on the report.

Lund-based BiBBInstruments´ (“BiBB”) goal is to revolutionise the sampling of hard-to-detect and life-threatening cancers with its motor driven biopsy instrument for endoscopic use, EndoDrill. The technology has been developed to take core tissue samples of the highest possible quality during endoscopic ultrasound (EUS) and endobronchial ultrasound (EBUS). BiBB currently has three product variants, of which two are clinically evaluated: EndoDrill GI for diagnosis of tumours in the upper gastrointestinal tract and EndoDrill URO for diagnosis of muscle invasive bladder cancer (MIBC). The third variant, EndoDrill EBUS, is indicated for lung cancer and is in late-stage development.

In the company’s third quarter report, CEO Fredrik Lindblad highlights key achievements during the quarter. A major milestone was the completion of the pilot study EDUX02 with EndoDrill URO, whose data is currently being compiled by Professor Fredrik Liedberg for publication in a scientific journal. Following the evaluation – given that the pre-defined endpoints are met – an already regulatory-approved randomised controlled efficacy study will be initiated. Read more here.

Moreover, regarding the previously successfully completed EDMX01 study (stomach tumours), Lindblad points out that a summary of the positive results was presented at the DDW Congress in San Diego in May, but a more comprehensive manuscript has been sent in for scientific publication. Thus, two publications are waiting to be published in scientific journals.

An important aspect of BiBBs’ quarter concerns the regulatory process. EndoDrill has held CE marking in accordance with the previously valid MDD (Medical Device Directive), for which the validity expired in August. To obtain continued validity of the CE marking, the company submitted an extensive application in accordance with the new MDR (Medical Device Directive) regulation earlier this year. Like many med-tech companies in Europe, BiBB is thus waiting for its MDR certification application to be approved, and, according to the company, the review is in the final stages.

Progress in the regulatory field also extends beyond Europe’s borders – an FDA application for market approval of EndoDrill GI in the US has already been submitted. BiBB expects to be granted market entry in the US in 2023.

However, only when the company has received the MDR certification can new study activities take off again – these will further broaden EndoDrill’s application area. BiBBs’ next focus will namely be on pancreatic cancer – the most lethal cancer and a recognised difficult-to-diagnose cancer, which is also the main indication for EUS biopsy. In the meantime, the company has made its products available in stock, and clinical partners are waiting impatiently at Swedish university hospitals to continue the clinical evaluation of EndoDrill.

BioStock contacted CEO Fredrik Lindblad to get his comment based on the latest interim report.

Fredrik, the EDMX01 study can, to say the least, be described as a success. Now that the EDUX02 study with EndoDrill URO also has been completed, do you have any indication of the initial results?
– Unfortunately, we cannot say anything about the results until the publication has been published.

When can we expect publication in scientific journals for each of those two studies?
– Even though it is hard to predict, we believe that at least one of the planned scientific articles will be published before year-end.

You plan to begin clinical evaluation of EndoDrill in pancreatic cancer as soon as MDR certification is in place. Have you already put together concrete plans for a study in this area as well?
– We have discussed an overall joint study protocol with a few highly skilled EUS-endoscopists from some university hospitals in Sweden. Prior to a clinical study, and as soon as BiBB receives the MDR EC certificate, our clinical partners will conduct some pilot cases using the EndoDrill GI for tissue sampling of pancreatic tumours. Everyone is very eager to restart the clinical activities.

Finally, we learned that you see opportunities for EndoDrill also in therapeutic indications. Could you to tell us a little more about this?
– Currently, endoscopic ultrasound (EUS) is used more and more frequently for EUS-guided therapeutic indications, e.g., drainage procedures (pancreatic fluid collections, gallbladder, pancreatic duct and biliary duct). Endoscopists who have tried the EndoDrill believe that there is a significant opportunity with our method in this area. Today, there is a lack of effective instruments to create passages in narrow and difficult-to-access anatomical structures. The gentle and precise drill function of EndoDrill could create full access to target organs for introduction of guidewires, for example. Even though BiBB is focusing on EUS tissue acquisition with the EndoDrill, we will surely exploit these emerging opportunities within therapeutic EUS.