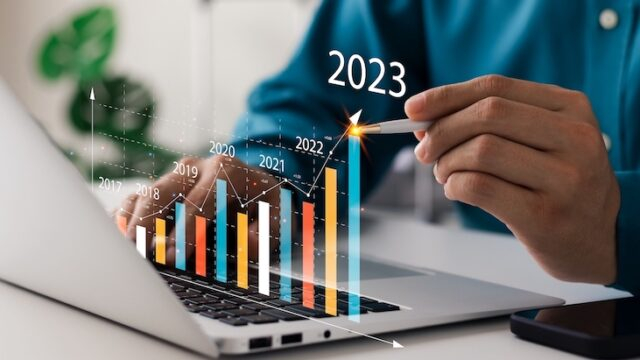 Spotlight-listed Sensidose reports progress in several areas in the third quarter, despite component shortages and other challenges. During the period, important steps were taken in the market expansion preparations, but also in the development of the new dose dispenser OraFID and the reprogramming of MyFID. In addition, Philip Slätis was recruited as COO and Deputy CEO. The company is now looking forward to the coming period with an expectation of sales growth and market expansion. BioStock contacted CEO Jack Spira to know more about the development.

Stockholm-based Sensidose has developed a treatment principle for individualized and fine-tuned dosingof levodopa for the treatment of Parkinson’s disease. By doing a specific number of the company’s microtablets, Flexilev, the treatment can be optimized and adapted for each patient. The tablets are dosed with the MyFID dose dispenser, which helps the patient to an exact dose at the right time. Currently, Flexilev is subsidized for patients with Parkinson’s disease in the wearing off phase as an alternative to surgical proceduresand other advanced invasive therapies.

Patient tests of OraFID in Q4

In addition, the company is developing OraFID – a new and mechanical dosing device that further simplifies treatment. According to the Q3 report, the development of OraFID is proceeding on schedule. The company has a functioning prototype and plans to conduct patient tests during the fourth quarter. At the same time, evaluations are carried out regarding production and the regulatory plan.

Sensidose’s recently released Q3 report shows lower sales in the third quarter compared to the same period in 2021. However, over January-September 2022, sales have increased by 9.7 per cent compared to the same period in 2021. The company’s cash position at the end of Q3 amounted to 17.7 MSEK. According to the company’s CEO Jack Spira, the loss in sales during the third quarter is due to two factors:

“On the one hand, the third quarter of 2021 was unusually strong, but mainly we are now seeing the effect of the production situation for MyFID, preventing us of from delivering dose dispensers to new patients waiting to start their treatment in Sweden and Denmark. These two factors caused sales in these countries to decrease in the third quarter of 2022 compared to 2021″.

The production difficulties have been due to the lack of critical components for the MyFID device. Sensidose has dealt with the shortage by replacing it with equivalent components and implementing software changes, which means production can start.

The company expects to be able to deliver devices without delays in Q4, with an expectation that sales will turn upward again in Q1 2023.

During the quarter, Philip Slätis was recruited as COO and Deputy CEO. Jack Spira commented on the strengthening of the organization in the Q3 report:

“We are of course pleased that we were able to strengthen the organisation with our new employee Philip Slätis. With his solid background and long experience in the industry, this is a significant addition to our capabilities in several areas, including marketing, expansion in existing markets and business development for new markets and products with our technology.”

Philip Slätis took office on 1 November and kick-started his new role by attending CHPI in  Frankfurt – an important partnering conference for the in- and out-licensing of products in the pharmaceutical industry in Europe. According to the company, several very productive meetings were held that created a good foundation for the market expansion with Flexilev and MyFID.

Market expansion to Poland and Finland

Ahead of the planned market launch in Poland, the company is working to increase its presence in the country, including by participating in the Polish Neurology Society’s science and education conference in Lublin on September 14-17.

The company has also initiated discussions with new partners in Norway as Sensidose’s agent in the country has passed away suddenly.

CEO comments on Q3 and looks ahead

BioStock contacted Sensidose’s CEO Jack Spira for a comment on the third quarter’s activities and expansion plans to new markets.

Jack, what has been your main focus in the third quarter of 2022?

– The focus is unchanged compared to previous quarters, i.e. to advance our positions in all prioritized areas. This includes expansion in existing markets, expansion into new markets and continued development of OraFID.

Your sales in the third quarter were lower due to component shortage, but you now seem to have solved the problem by replacing the components and reprogramming the MyFID device. How is this expected to affect sales?

– It is very gratifying that we can now get started with the production and increase the marketing of MyFID and Flexilev. It feels incredibly good to be able to give patients access to our treatment option. The start of new patients, however, takes some time and should be carefully planned by the healthcare system. It is important that patients feel safe and cared for when changing medicines. We have a queue of patients waiting to start their treatment and we expect a positive impact on sales gradually over the coming months. We also expect an increase in prescriptions among treating neurologists.

»It is very gratifying that we can now get started with the production and increase the marketing of MyFID and Flexilev […] We have a queue of patients waiting to start their treatment and we expect a positive impact on sales gradually over the coming months.«

What other activities do you work with to increase sales?

– At the moment, we do standard marketing activities, including providing patient information on our web page Sviktfas.se. Our new employee Philip Slätis will lead the work to develop a new marketing plan and I am convinced that with his help we will get new ideas and other ways to get our message across.

At the end of Q3, you had a cash position of approximately SEK 17.7 million, what does your financial plan look like?

– Our goal is to get a positive cash flow with the finances we have. As we now do not need to invest more in the MyFID upgrade, but only in the OraFID development, it looks brighter for 2023. Provided that we quickly get the new MyFID to the market, I have a positive outlook on our liquidity.