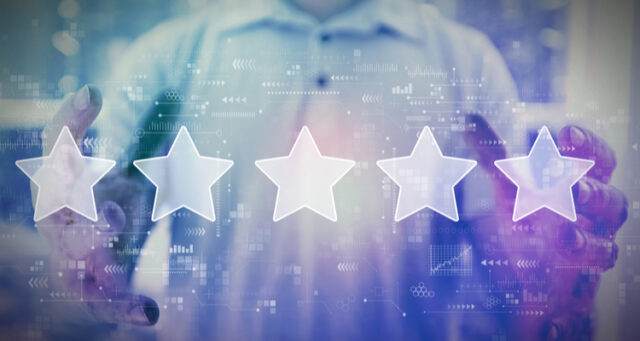 BiBBInstruments’ first clinical study with EndoDrill Model X in deep tumours of the upper gastrointestinal tract has been completed earlier than expected after an interim analysis showed that the objective of the study has been achieved already in seven out of the planned 20 patients. Preliminary results indicate that the product safely enables effective sampling of core biopsies when examined with endoscopic ultrasound. After this success, the company is now awaiting further results from its second clinical trial, EDUX02, which is expected to be completed later this year.

When sampling suspected cancer in, for example, the pancreas or lungs with conventional EUS (Endoscopic Ultrasound)-guided biopsy instruments, about 15 per cent of patients who have cancer go undiagnosed. This high failure rate is due to the fact that the manual sampling with conventional fine needles is carried out with stabbing motions, resulting in a shapeless slew of blood-contaminated cell and tissue fragments that provide a low sample quality. This has led to a demand for new and more efficient instruments.

EndoDrill Model X is instead based on core needle biopsy (CNB), which offers a more well-preserved cell architecture, thus providing more information about the suspected tumour and subsequently making it easier for physicians to make a correct diagnosis. The EndoDrill Model X also only requires 1–2 drilling motions compared to 3–5 needle passes and a total of 30–50 stabs with a conventional fine needle, meaning a gentler sampling process for the patient.

BiBB has previously guided that it expected to be able to complete the company’s two clinical pilot studies with EndoDrill Model X before the end of the year. In the first study, EDMX01, tissue samples are taken from deep-seated tumours in the upper gastrointestinal tract. In the study, samples are taken using both EndoDrill Model X and leading competing EUS-FNB instruments on each patient for the purpose of comparing those samples.

The second study, EDUX02, is conducted in muscle-invasive bladder cancer (MIBC). The study is the first step in a clinical program aimed at demonstrating that EndoDrill Model X can be used for diagnostic sampling already in conjunction with the initial endoscopic examination. For the patient, this could mean avoiding a resource-intensive operation and, more importantly, being able to start active treatment sooner.

This week, the company announced that EDMX01 has been completed earlier than expected after recruiting only seven out of twenty planned patients, following approval from the Swedish Ethical Review Authority.

In a press release, BiBB states that the physician responsible for the study chose to investigate whether it was ethically justified to continue the study, since the results pointed to a high level of effectiveness and safety after a series of successful samplings with EndoDrill.

These interim data show that the device consistently takes deep high-quality tissue samples (core biopsies) from tumours in the upper gastrointestinal tract in a safe way, even in comparison to conventional fine needle biopsy instruments (EUS-FNB). This prompted Dr Fredrik Swahn, principal investigator of the study and chief physician for the surgeon clinic’s endoscopy operations at Skåne University Hospital in Lund, to determine that it would not be ethically justified to continue the study. BiBB’s CEO Fredrik Lindblad commented on the positive study results:

BiBB points out that the tumour types in question, deep tumours that grow under the mucous membrane of the gastrointestinal tract (SEL), are considered very challenging to diagnose. Previous studies with conventional FNA have shown low diagnostic accuracy with a missed confirmed diagnosis in as much as 50 per cent of the patients.

The pilot study will now be followed by further clinical studies with the aim of showing the safety and efficacy of the instrument in various tumour types in the upper gastrointestinal tract, such as pancreatic cancer, which is one of the most serious and difficult to diagnose cancers.

The fact that a clinical study can be completed already after one third of the scheduled patients have been recruited is unusual. Even more unusual is obtaining such robust data with a limited patient base.

In the long term, BiBB aims to offer the same type of core biopsies and improve diagnostics for several of the deadliest cancers, such as stomach, pancreatic and lung cancer. According to BiBB, this provides a potential total market for EndoDrill Model X of over 8 billion SEK . Also, the fact that future studies are facilitated by the already received CE marking for EndoDrill Model X paves the way for a smooth initiation of further studies in more cancer indications.

From idea to concrete results

Despite 25 years of advancements in the EUS-FNA field that have resulted in the number of surgical interventions for diagnostic sampling decreasing significantly, too many patients still go mis- or undiagnosed. So, what started as an idea thought up during a jog for the founder, cancer researcher and chief physician in clinical pathology at Lund University, Dr Charles Walther, has now taken an important step towards addressing a major unmet need in the EUS field with EndoDrill Model X.