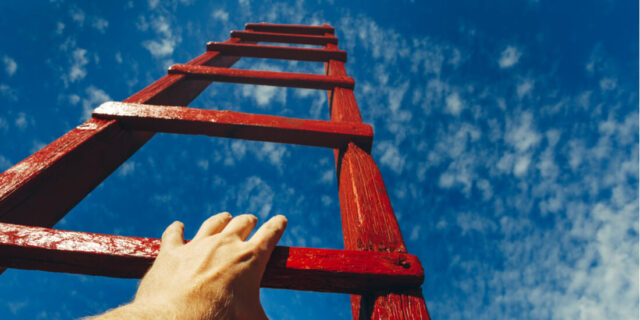 In this year’s Q2 report, Annexin Pharmaceuticals emphasises intensive work with the phase II study within RVO, a great deal of interest for ANXV being seen from the industry, and that opportunities are also seen in the cancer area onwards. In the near future, new leaps are expected to be taken within both the phase II study and an imaging study for ANXV. Overall, CEO Anders Haegerstrand sees an exciting autumn ahead for the company.

The fact that biotech company Annexin Pharmaceuticals is in an eventful period becomes clear in the recently released Q2 report. The candidate ANXV – a recombinant human protein based on our bodies’ own anti-inflammatory protein Annexin A5 – is being evaluated in a phase II study in the US with the goal of offering First-in-Class treatment for the eye disease RVO, retinal vein occlusion. In addition, the company is working on two studies in the Netherlands where the candidate is being evaluated: an imaging study within RVO and one where ANXV is being evaluated as a treatment against Covid-19.

Focus on the phase II study within RVO

In April, Annexin received approval from the FDA to begin a phase II study with ANXV within RVO. Read more. Due to the FDA announcement, Annexin’s operations during the second quarter of the year have focused on preparing for the upcoming study. After this extensive work, Annexin believes they can likely include the first patient in the near future. The company also assesses that the first data may be read out already during H2 2022, while final effect data is expected during H1 2023.

The data will provide the most important validation of ANXV’s effect in RVO. According to the company, the preclinical data are strong regarding the candidate’s vascular-repairing and anti-inflammatory properties and its ability to affect the cause of RVO, which is considered to form a promising basis for also achieving good clinical results in humans. In the long term, the goal is to be able to provide a completely new treatment strategy for the patient group. Read more about RVO here.

In its report, Annexin also highlights that a great deal of interest is seen from the industry. This was not the least evident when the company participated in the Ophthalmology Innovation Summit in New York in July. The event brought together experts, industry leaders, and relevant companies within ophthalmology and thus formed an attractive forum for networking, where Annexin got opportunities to meet potential licensees. The company’s business strategy regarding RVO is characterised by developing ANXV in-house until phase II, after which results can be followed by partnerships or continued in-house development. In order to increase the chance of partnerships or out-licensing, the company also plans to participate this fall in similar meetings on the US west coast and in Japan.

In his CEO letter, Anders Haegerstrand further commented on ANXV’s broad therapeutic potential. As previously mentioned, the candidate is also being evaluated in an imaging study in collaboration with a Dutch team, which will demonstrate the candidate’s ability to bind to damaged areas of the retina. In addition, the study will optimise dose selection for upcoming clinical studies and strengthen the chances of interest in future license agreements. Local setbacks in recruitment have now been resolved, and activity also from this study can therefore be expected this autumn, says Haegerstrand.
ANXV can be used in another Dutch study, evaluating its safety and efficacy as a treatment for Covid-19. The company emphasises that patient recruitment has not yet begun as a result of the reduction in the number of patients.

However, Covid-19 is only one of a number of diseases in which Annexin sees the potential for the candidate. In the report, it is evident that Annexin aims at the comprehensive treatment landscape that cancer constitutes. To be able to do this, Annexin has engaged scientific experts as well as business strategic expertise in the field with the aim of being able to navigate the complex field. Annexin has previously approached the cancer field by entering into a patent agreement with Stanford University, which gave the exclusive right to use ANXV within the indication. Read more.

Funded for the rest of the year

The financial part of the year’s Q2 report shows a result of -11.5 MSEK, compared to -9.5 MSEK in the corresponding period last year. Cash flow from operating activities amounted to -10.7 MSEK, compared to -12 MSEK in Q2 2021. The company’s cash and cash equivalents amounted to 34.4 MSEK, which includes the approximately 6.1 MSEK that was added when exercising TO3 warrants in May. In July, approximately 10.9 MSEK was added to the company via a directed issue that made up the remaining part of TO3, which was guaranteed by the main owners.

Annexin estimates that existing capital will finance the planned operations at least until the end of 2022. The board and management are continuously working with and evaluating various options for additional funding going forward and assesses that the company is qualified to ensure this with a good margin to the end of the financial year.