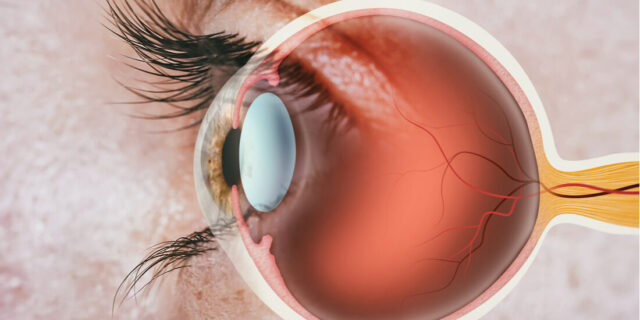 Retinal vein occlusion, RVO, is one of the most common causes of vision loss in the world – yet it is unknown to many. The disease is based, as the name suggests, on a narrowing of the vein in the eye – and the condition is, despite its prevalence, unfortunately still undertreated. The biotech company Annexin Pharmaceuticals, which is well aware of this problem, wants to offer a completely new treatment strategy for the large number of affected patients with the candidate ANXV.

The fact that cardiovascular disease is one of the predominant causes of death that leads to great suffering can probably be considered generally well-known. However, one of the lesser known vascular diseases is RVO – retinal vein occlusion – despite the approximately 16 million affected patients worldwide, which makes it one of the most common causes of vision loss. There is currently no treatment for the cause of the disease, which is something that Stockholm-based Annexin Pharmaceuticals wants to change.

Retinal vein occlusion – what is it?

To understand what RVO is, a brief description of the eye’s vascular supply is required. The retina, which plays the main role in the conversion of light into visual impressions, is supplied with blood via an artery and via small capillaries. The blood leaves the retina through small branch veins that are emptied into a central vein and then carried further away from the eye. When one of the veins of the eye becomes clogged or occluded, RVO occurs. Such an occlusion can take place either in one of the branch veins, so-called branch vein occlusion, or in the central vein – which is called central vein occlusion. However, it is about three times more common to occur in one of the branch veins.

Depending on where the blockage is located, the retina is affected to varying degrees due to the swelling, bleeding, and lack of oxygen that occurs when blood accumulates instead of being led away by the affected vein. This leads to impaired vision in the affected eye, which can range from slowly increasing to suddenly occurring with severe impact. Prompt treatment is important because a blood clot in the veins of the eye can lead to total blindness and severe sequelae, including cell death and pathological angiogenesis, which itself leads to vision loss.

Why‚ then, do these, to say the least, problematic blood clots occur in the veins of the eye? There are no real clear answers. However, there are risk factors for the development of RVO, such as diabetes and high blood pressure – both very common diseases where vascular inflammation is one of the problems. Contributing causes may be the anatomy of the vessels or the mechanism Annexin has taken hold of – which concerns the altered properties of the red blood cells, attaching to each other and to the walls of the blood vessels, as is seen in patients with RVO. This can be expected to cause problems in vessels where blood flow is low, such as in veins.

No treatment available for the cause

Furthermore, there is currently a great medical need for RVO. There is no treatment for the acute stage, or one that solves the very cause of vascular occlusion. Rather, the complications that occur with RVO are treated, which is mainly done with anti-VEGF (anti–vascular endothelial growth factor) treatment and corticosteroids.

With anti-VEGF treatment, the growth of new disruptive blood vessels in the eye is prevented. The treatment involves monthly injections of drugs into the eye for a period of six months up to a year, and the procedure is experienced by many patients as very unpleasant. The swelling of the retina is treated by corticosteroids. However, these treatments leave a lot to be desired, with only 2 out of 10 patients regaining the vision that they previously had.

Thus, a treatment of a contributing cause of the disease would be highly desirable. This is where Annexin Pharmaceuticals comes into the picture. With the candidate ANXV, which is almost completely identical to the naturally occurring protein Annexin A5, the company intends to develop a treatment with a completely new mechanism of action that solves or reduces the actual blockage in the vein that has arisen in RVO. Annexin A5 occurs naturally in all cells of the body, but on a large scale in platelets and endothelial cells, which is the layer of cells that forms the boundary layer between the blood and the remaining blood vessel wall.

The protein has a cell-protective effect on the blood vessels by binding to the fatty substance phosphatidylserine, which plays a key role in programmed cell death. Annexin A5 also has anti-inflammatory properties by reducing both local vascular and systemic inflammation, resulting in further improved vascular function.

ANXV significantly counteracts the stickiness of the red blood cells seen in RVO, and is predicted, in addition to the potential to dissolve the blood clot, to have several positive effects on the disease. This includes the ability to repair already damaged cells, prevent more cells from dying and reduce inflammation that otherwise later leads to gradually deteriorating vision. ANXV is given as an intravenous treatment for a short period – an aspect that is very welcome for the patient group.

According to Annexin’s CEO Anders Haegerstrand, the company is exclusive in the evaluation of Annexin A5 as a treatment for RVO. Other companies are mainly developing variants of already proven treatments, which is why Annexin sees competition as limited. This gives the company a good position in the goal of developing a First-in-Class treatment for RVO – which according to independent market research estimates to reach a global value of 32 billion USD by 2032.

During the spring, Annexin Pharmaceuticals took several important steps towards achieving this goal with ANXV. Two patents were secured, one being a preliminary approval regarding the production of the candidate. Read more about the company’s patent strategy here.

The most significant milestone, however, was the FDA approval for the start of a placebo-controlled multiple-dose phase II study in the US, with about 20 patients from approximately six eye clinics. In addition to being the largest market for ANXV, there are also many leading doctors in the field in the US, so-called Key Opinion Leaders – which the company believes increases the chances of finding licensees – not least in combination with the quality stamp that the FDA’s approval entails.

The purpose of the study, which is expected to begin shortly, is to investigate ANXV’s safety, tolerability and effects on patients’ vision and retinal function in the injured areas. The company hopes to be able to publish results from the study later in 2022, which thus looks to be a particularly eventful year for Annexin Pharmaceuticals. 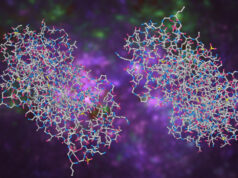 Annexin updates in conjunction with the Q3 report 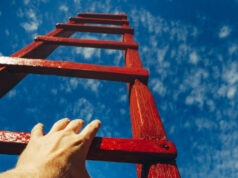 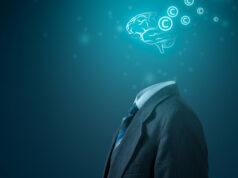