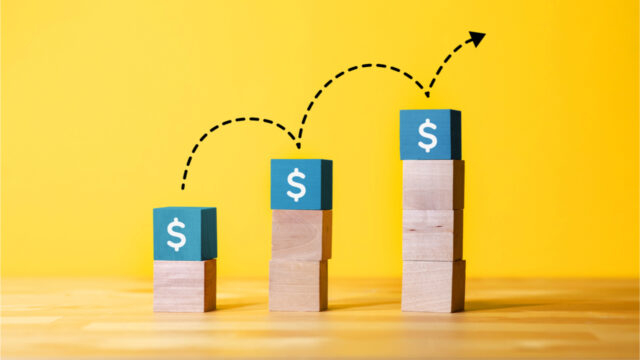 Sensidose recently reported an increase in net sales of 21 per cent for the second quarter compared to the same period in 2021. At the same time as the company is growing, they have also made progress during the quarter in the development of the new dosing device, which is expected to drive further growth and profitability in the coming years. The company is now looking forward to the coming months when several pieces of the puzzle are expected to fall into place, according to CEO Jack Spira.

Sensidose has developed a treatment system for individualized and precise dosing of levodopa for the treatment of Parkinson’s disease. By dosing a specific number of the company’s microtablets, Flexilev, the treatment can be optimized and adapted for each patient. The individualized dosing can lead to an increased quality of life and that the patient can manage longer without complicated and, for society, expensive surgical procedures. The tablets are dosed with the MyFID dispenser, which gives the patient a precise dose at the right time.

The treatment is today offered to patients through neurology clinics on the Scandinavian market, but Sensidose is also preparing for expansion to more markets. In addition, the company is developing a new dosing device, Orafid, which is a mechanical dosing device that further simplifies treatment.

The best half year so far in terms of sales

The company’s Q2 report shows that sales are increasing at a steady pace. Net sales during the second quarter amounted to 1,88 MSEK, which corresponds to an increase of 21 per cent compared to the same period in 2021. For the half-year, sales increased by 32 per cent, which means that 2022 is the company’s best year so far.

The growth in sales is driven by increased demand now that healthcare is no longer hampered by the Covid-19 pandemic, as well as the efficient management of the dose dispensers available. According to the company, there is increased demand in all Nordic markets.

Already in May, Sensidose reported on the positive trend in sales, read the interview with CEO Jack Spira here.

For the half year, Sensidose reported an operating loss of 4,3 MSEK. According to the company, the result is burdened by development costs and one-time costs linked to the listing on Spotlight Stock Market on May 12. CEO Jack Spira comments on the listing in the company’s press release regarding the Q2 report:

»Interest in the offer was positive, especially considering the volatile stock market during the quarter. The attention from the IPO has contributed to increased chances of recruitment of skilled employees and greater awareness of the company.«

Before the listing, Sensidose carried out a fully subscribed new issue that provided the company with 21,2 MSEK after issue costs. Thus, the company is well positioned for continued expansion and product development. As of June 30, the company’s cash position amounted to 20,7 MSEK.

During the year, Sensidose also made progress in its planned geographical expansion to more markets. As part of this expansion plan, the company recently applied for subsidy for Flexilev to the Finnish Pharmaceutical Pricing Board. During the agency’s processing time, which is normally about 180 days, the company plans to prepare what is needed to launch and market the product to Finnish Parkinson’s specialists and patient associations. The company also aims to submit an application for a subsidy in Poland during the autumn.

In addition, the development of the new, manual dosing device Orafid is progressing. Several prototypes have been tested and they are now approaching the final product. The company expects to be able to file a patent application for Orafid during the autumn and then CE mark and launch the product in 2023.

Component shortage to be solved with reprogramming

However, the planned expansion has been slowed down due to the global semiconductor shortage, which has affected the production of the MyFID dosing device. Today, there is therefore a queue of patients who want to start treatment with Flexilev, but who have not yet gained access to the dose dispenser.

To solve the problem, Sensidose decided to reprogram the software in MyFID so that other components can be used. This work is expected to be completed in the current quarter.

CEO comments on sales and plans for the autumn

Overall, the first half of the year has been an eventful period for Sensidose where the company has taken many important steps. The company’s CEO Jack Spira commented on the major events during the period in an interview with BioStock.

This time we talk to Spira about the sales growth.

Jack, what do you have to say about the positive development in sales?

– It is gratifying that our treatment concept is appreciated and benefits the patients. Healthcare is now back to the pre-corona state, which makes it possible to implement treatment changes, such as using our concept. Internally, the increase in sales has been achieved largely thanks to the fact that we have become more efficient in the handling of available MyFID dosing devices.

»It is gratifying that our treatment concept is appreciated and benefits the patients.«

You are well on your way to solving the component shortage problem – how is this expected to affect sales figures?

– Of course, an increased supply of dispensers will lead to better sales figures. However, one should be aware that itstill requires the selection of the treatment, initialisation, training of the patients from the healthcare, etc. This means that better numbers will come gradually. One should not expect that there will suddenly be a giant jump in the revenue curve in the short term after we have solved the component shortage.

You have now applied for a subsidy in Finland and also plan to submit a similar application in Poland in the autumn. Could you tell us a bit more about the importance of a subsidized price in the market introduction of a drug?

– If we overlook some currently very cheap generic drugs, it is undoubted that subsidy of medicines is very important so that the treatment is available to everyone who needs it. So, an approved subsidized price for the drug is a necessity. There are authorities in each country that take a decision on this and need to receive an application that provides support for them to be able to approve a subsidy at the price they are applying for.

You have also started the recruitment of a COO/vice CEO with a focus on business development and expansion. What qualities are you looking for?

– We are looking for a person who has knowledge and experience from the field, has and can work internationally and with a drive and positive ambition to take us out into the world!

What else can we expect from Sensidose in the fall?

– We are now concentrating on delivering what we have talked about, i.e. increasing sales in existing markets, geographical expansion, strengthening the organization and developing the new manual dose dispenser. I am convinced that we will communicate progress on all these fronts during the autumn.

»We are now concentrating on delivering what we have talked about, i.e. increasing sales in existing markets, geographical expansion, strengthening the organization and developing the new manual dose dispenser«

About 300 patients in Scandinavia currently use Flexilev while there are thousands of patients who should be relevant for your treatment – what are you doing to increase awareness among doctors and patients?

– It takes time to establish a new treatment method on the market and there are limitations in how we can market ourselves. Our most important ambassadors are the patients who are helped by our treatment and who can have an active life despite being in a wearing-off phase.

– We also see that our website www.sviktfas.se has increasing traffic and that knowledge about different treatment methods for Parkinson’s is increasing on a general level.