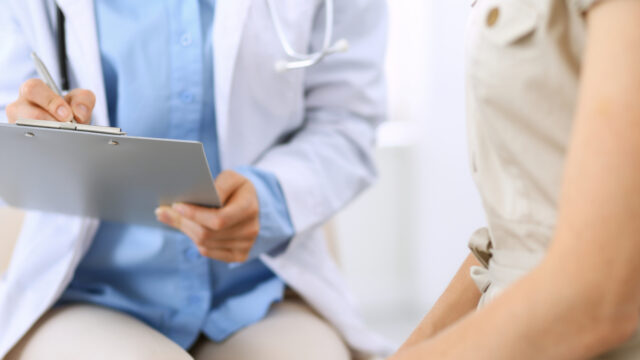 During the second quarter, Lund-based Spago Nanomedical carried out a rights issue securing financial resources to keep up the pace of the development work with Tumorad, the company’s radionuclide treatment for cancer. The company’s second project, a new contrast agent for MRI diagnostics, is already in clinical trial. BioStock contacted CEO Mats Hansen for an update on the autumn news flow.

First North-listed Spago Nanomedical carried out a rights issue of SEK 58.4 million before costs during the summer. The proceeds will be used within the Tumorad project, a new radionuclide treatment for cancer, and more specifically, for preparatory work and initiation of the first clinical study with the candidate 177Lu-SN201. The study will begin around the turn of the year.

In the company’s second project, SpagoPix, a new contrast agent is being developed for image diagnostics in cancer and similar diseases. The product candidate SN132D is in clinical phase and has already shown good interim results in imaging breast cancer tumours.

Strengthened finances through an issue

Recently, Spago Nanomedical published its interim report for the second quarter. The company reported an operating loss of SEK 9.6 million and a negative cash flow from operating activities of SEK 9.8 million.

At the beginning of July, i.e., after the end of the second quarter, the company received net proceeds of SEK 51.7 million from the completed rights issue.

CEO on the autumn news flow

The capital raise gives Spago Nanomedical the resources to run the development work according to the intended plan. The preclinical data package for the Tumorad candidate supports the transition to clinical development and the company has also initiated large-scale production of 177Lu-SN201 for the first clinical study. The company is in the process of completing the application for a clinical trial, which it expects to submit to the authorities around the end of the year. Learn more.

BioStock contacted CEO Mats Hansen for an update on the projects and the upcoming news flow.

Mats, you now have the financial muscle to keep up the pace of the development work. If we first talk about SpagoPix, what is the status of this project?

– In the phase I clinical trial SPAGOPIX-01, we achieved what we wanted to show in breast cancer, namely positive contrast, and good safety. We are now focusing on patients with pancreatic cancer, as a way to broaden the use in another tumour type. We expect to be able to complete the study this year.

– At the same time, the dialogue with potential development partners continues, but I cannot go into any details at this point.

Much of your focus is otherwise on Tumorad – if you could provide a little background, what is the need for a new radionuclide treatment in today’s cancer care?

– It has long been established that radiopharmaceuticals are effective in the treatment of cancer. Tumorad belongs to a new generation of radionuclide treatments that can attack the disease in a precise and targeted way.

– Through its mechanism of action, Tumorad may contribute to a new way to treat cancer either as monotherapy or in combination with other treatments. Given a good clinical effect, Tumorad can thus become a welcome addition to cancer care.

You are planning for a phase I/IIa study with the Tumorad candidate 177LU-SN201 – could you describe what the study will look like?

– The phase I part of the study is a dose-uptake study where we will go from low doses to clinically relevant doses. If no side effects can be observed, the study protocol allows us to step up the dosage relatively quickly.

– An important aspect of this part of the study is to observe the distribution of the drug in the body. We hope to be able to see images of 177LU-SN201 accumulating in the tumour tissue as intended.

– As for the phase IIa part, our plan at present, among other things, is to target it against ovarian cancer. We are currently conducting a preclinical study on a model for this indication.

– If the preclinical result is successful, it may also open the way for an application for orphan drug designation for the candidate in ovarian cancer. In addition to the usual advantages of such a classification, it gives Spago and all stakeholders around the company a clear development plan for 177LU-SN201, which is of strategic value.

Finally, what news can we expect from Spago Nanomedical in the next six months?

– The rights issue this summer gives us the resources to really keep up the pace of development and therefore I hope that we will be able to communicate several news items during the autumn.

– We hope to be able to conclude the clinical study with SpagoPix and inform more about the next step in the project.

– In the Tumorad project, we are looking forward to results from the preclinical study in ovarian cancer, especially exciting to see how 177LU-SN201 works in combination with established standard treatments such as AstraZeneca’s Lynparza.

– In addition, we will complete the production of 177LU-SN201, appoint a CRO for the planned clinical phase I/IIa study and submit the application for clinical trial towards the end of the year – we have a lot to look forward to in the coming months!