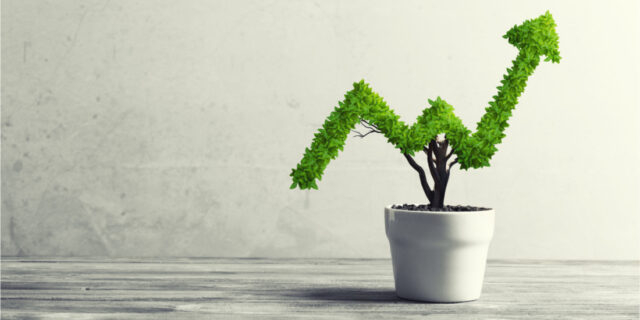 Sensidose can greet the halfway point of 2022 with a strong cash position after its listing on Spotlight and rising sales despite a shortage of components. In addition, the company recently submitted an application for certification of the dosing apparatus MyFID under MDR, the new regulatory framework for medical devices. BioStock talked to CEO Jack Spira regarding the achievements of the first half of the year and the outlook for autumn.

Sensidose sells and markets a treatment for patients with advanced Parkinson’s disease. The company’s prescription drug, Flexilev, is designed as microtablets that are dosed using the MyFID dosing device. This enables an individualised and fine-tuned treatment for Parkinson’s patients, meaning that they receive an optimised drug dose and good symptom control. Flexilev is produced via a CMO in Germany and MyFID in Sweden.

The number of patients under treatment is now about 270. A recently published follow-up study on Flexilev-treated patients shows that as many as 85 per cent of patients in the study report improvement in symptoms while using Flexilev compared with previous standard treatments.

Sensidose is also developing a completely new dosing device, ORAFID, which is aimed at patients in earlier stages of Parkinson’s disease – a significantly larger target group than for the current product.

Sensidose holds all the quality systems, licenses and permits needed to sell both a drug and a medical device. The company recently submitted an application for certification of MyFID under MDR, the EU’s new medical device regulation. Review and potential approval are expected in 2023.

Preparing for expansion and further development

Sensidose currently sells its products in Sweden, Norway, and Denmark. To facilitate logistics, the company has decided to develop a new package that is intended for use throughout the Nordic region. This requires a regulatory application, a process that takes some time to implement, as all countries where Flexilev is approved must approve the change, even those not covered by the change.

Sensidose plans to expand to more markets, first to Finland and Poland. Work is currently underway with regards to the preparation of application documents, meetings with neurologists in each country and discussions with possible future partners.

Furthermore, to facilitate the insertion of Flexilev, the company has developed a digital aid, which doctors can use in a simple way to obtain the dosage instructions that can then be discussed and handed over to the patient.

Accumulated sales increased in the opening months of the year despite a shortage of semiconductor components for the MyFID dispenser. To solve the problem, the company acquired an alternative component that they now have in stock. The new component requires partly new software and therefore a reprogramming of the dosing apparatus is currently underway. Sensidose expects to have new dispensers after the summer for those patients who are waiting to start treatment with Flexilev.

Jack, how would you sum up the first half of 2022 for Sensidose?

– Overall, it has been a successful year. We have advanced in terms of both existing market and geographical expansion, and in the search for new employees and the development of Orafid. So far, so good. Unfortunately, we are not quite there yet in terms of the component shortage, but we have high hopes that our chosen path with an alternative key component will lead to us to finally being able to produce and provide our patients with dose dispensers. As previously announced, we have many patients waiting to start treatment with Flexilev and our top priority is to help them gain a better quality of life.

How do you pave the way for a successful market introduction in, among other places, Poland and Finland?

– We work with information for neurologists in parallel with our applications. From this point of view, the pandemic has been positive: now virtual meetings for information and discussion have become common place for everyone involved. We have had a successful such meeting in Poland and will organise a similar one in Finland. Then it is important that our partners establish good contact with the doctors and create an understanding of how the product should be used and which patient group we are targeting.

The listing on Spotlight is, of course, one of your greatest achievements so far this year. How has the listing affected your business?

– The expansion in the various projects we have today would not have been possible without the listing and the rights issue. Thanks to that, we can move ahead with more confidence and focus. We are also, of course, aware of our new obligations to the market and owners with regards to information. Here we hope to improve even further once we find our feet even more.

»The expansion in the various projects we have today would not have been possible without the listing and the rights issue.«

Can you also give an outlook for the next six months; what do you hope to achieve?

– We hope that the good start to the year in terms of sales will continue, and we look forward to having MyFID in production again. In the short term, it is crucial to improve our numbers. At the same time, we continue to work to give more patients access to our Parkinson’s treatment through further development, market expansion, and information. The retro perspective study showing that 85 per cent of patients using Flexilev report symptom improvements compared to previous therapy is an important tool to increase awareness among both doctors and patients.