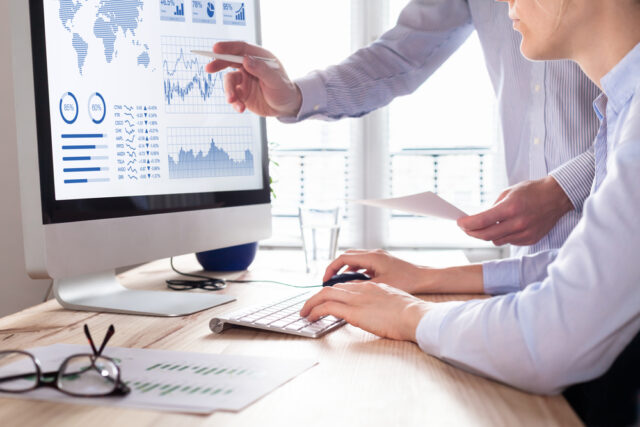 Last week, biotech company Follicum announced a directed share issue of SEK 36.6 million to a number of selected investors. The funds will be used to bring the ongoing phase II trial in hair loss across the finish line and advance the preclinical program for the diabetes project. BioStock was able to reach CEO Jan Alenfall on All Saints’ Day weekend for further comments on the capital raise and what it means for the company.

Follicum recently announced that their phase II study with the main candidate FOL-005 in hair loss is fully recruited and that they expect to present results in the first half of 2021. Read more. Upon positive data, the company is open to discuss a partnership for the further clinical development and commercialization. Hear CEO Jan Alenfall explain more in a recent video interview with BioStock (in Swedish).

For the diabetes project, Follicum received a Notice of Allowance from the US Patent Office during the summer. The patent, which will be valid until 2038, covers the protection of the company’s two diabetes peptide classes and lays the ground for the project’s commercial opportunities in the US, one of the world’s largest diabetes markets. Currently, the company is working to collect additional in vivo data and in-depth mapping of the peptide’s mechanism of action.

On Thursday night, Follicum announced a directed share issue of SEK 36.6 million to a number of selected investors. Issue costs are estimated to approximately SEK 3 million, giving a net proceed of about SEK 33.3 million.

The subscription price of SEK 2.60 corresponds to a discount of about 8.8 per cent in relation to the volume weighted average price for Follicums’s shares during the last six months. The issue results in a dilution of approximately 17.2 per cent of the number of shares and votes.

Follicum intends to use the issue proceeds primarily for the finalization of the ongoing phase II trial with FOL-005 as well as remaining preclinical work and other preparations for the clinical phase of the diabetes project.

CEO Jan Alenfall commented on the news in a press release:

»The successful directed issue has been made possible by significant interest among investors for Follicum’s drug candidate for stimulation of hair growth and the company’s pre-clinical project in diabetes. With strengthened financial muscles and a broader shareholder base, we continue to work towards upcoming and important milestones in both projects«

Follicum, who´s Q3 report is expected on November 19, reported a cash balance of SEK 22.2 million at the half year mark and a burn rate of SEK 7.1 million during the second quarter. Assuming constant operational costs, the cash balance could be expected to be around SEK 15 million at the turn of the third quarter, and the capital raise should bring Follicum to around SEK 40 million by year end.

BioStock got in touch with CEO Jan Alenfall for further comments on the capital raise and what it means for the company.

Why did you choose this route to strengthening the finances of the company?

– We experienced a strong interest in Follicum from a number of investors and chose to take this opportunity to broaden the shareholder base and further increase our financial position in a more time and cost-efficient way than would have been the case with a preferential share issue.

What does the additional capital mean in terms of operational focus going forward?

– Our operating focus will not change. The progress of our two projects will be secured by the additional funds and we have now gained further strength in potential negotiations of a deal with one or several partners once we have a favourable outcome from the hair growth study.

How far do you expect the money to take the company and your projects?

– With strengthened financial muscles and a broader shareholder base, we continue to work towards finalization of the ongoing clinical phase II trial, preclinical work and other preparations for the diabetes project to reach upcoming and important milestones, as well as to strengthen the company’s financial position in light of partnering activities for the projects.

What can you say about the set of investors who took part in the directed rights issue?

– Both new and existing shareholders are taking part in the rights issue. It is with great pleasure we welcome new owners with a long-term vision.

The market showed an initial positive reaction to the news. Why do you think that is?