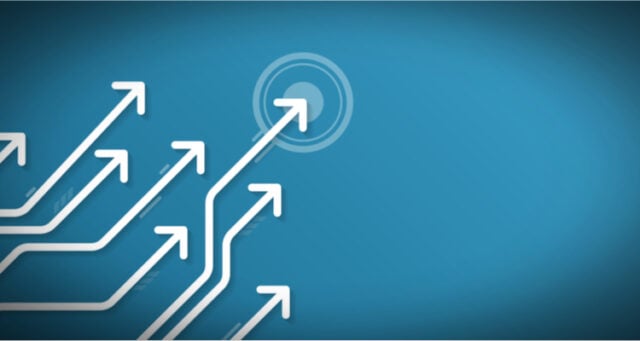 In 2021, Coegin Pharma reached a key milestone by launching a combined phase I/II clinical trial with AVX001 in actinic keratosis patients. Moreover, the company expanded its pipeline in order to pursue cancer indications and chronic kidney disease. BioStock reached out to Coegin’s CEO Tore Duvold to hear what he had to say about the company’s achievements during 2021 and his goals for 2022.

2021 was a transformative year for Nordic biopharma company Coegin Pharma. The year marked the company’s transition from a well-established R&D group focused on a potential new target for cancer and chronic kidney diseases, to a clinical stage company with several promising projects.

The target found by Coegin during the years of research led by Berit Johansen at NTNU (Norwegian University of Science and Technology) is the cPLA₂α family of enzymes, a group of pro-inflammatory enzymes that were found to be heavily involved in chronic inflammation. Professor Johansen’s team recognised that targeting cPLA₂α could become a potential treatment strategy within oncology since inflammatory driven tumours overexpress this target molecule. Thanks to this potential, today, Coegin is focused on leukaemia, skin cancer and actinic keratosis (AK), a precancerous condition of the skin.

After going public and being listed at NGM Nordic SME in late 2020, Coegin took several important steps in 2021 to take its lead candidate, AVX001, to the clinic for the treatment of AK. First, Coegin put together a strong team of leaders with extensive entrepreneurial experience within the life science arena, including Tore Duvold as CEO. Then, the company partnered with the CRO Studies&Me – the first virtual CRO in Europe – to help plan and set up the clinical trial. Read more about the collaboration and the benefits of a decentralised approach to clinical trials here.

In October, Coegin received the green light from the Danish authorities to initiate a combined phase I/II study with AVX001 called COAKS (Copenhagen Actinic Keratosis Study). The trial is being conducted at Bispebjerg Hospital by lead investigator Professor Merete Hædersdal, who answered some questions about the trial and the overall clinical development of AVX001 in a previous BioStock interview. The company expects COAKS to present top-line results towards the end of Q1, 2022.

COAKS has since been initiated, with patient recruitment having been completed within 7 weeks. This marks a very important step in the company’s journey towards potentially introducing a novel treatment for patients suffering from the pre-cancerous conditions AK.

However, the COAK study also represents a key step in finding ways to expand to other cancer indications where the cPLA₂α enzyme plays a central role.

In fact, Coegin is already planning a follow up phase IIa study with AVX001 in basal cell carcinoma, depending on the results from COAKS. Additionally, the company has chosen a promising new drug candidate, AVX420, for the treatment of leukaemia and potentially other cancers. Preclinical development of AVX420 has already begun, starting with its formulation and production proces. GLP toxicological studies are planned to start mid 2022.

»We will be ramping up for the next clinical trials with AVX001 in basal cell carcinoma given positive outcome of the COAK-study. We will also be very focused on the preclinical development of AVX420 for leukaemia where we believe we can develop a very valuable new treatment based on our promising in vitro findings in human cells and in vivo effect studies. We will also intensify our focus on chronic kidney disease and diabetes complications where we now have complimented our capabilities by the absorption of Follicum.« — Tore Duvold, CEO Coegin Pharma

In parallel, Coegin has taken steps to put more focus on developing treatments for chronic kidney disease, a common complication of diabetes patients. The development of AVX420 will be central for this purpose as well. Moreover, at the end of 2021, Coegin began a merger with Follicum, a biotech company with headquarters in Lund, Sweden. Follicum brings with it solid expertise within diabetes research, and the merger is expected to strengthen Coegin’s ambitions in the area.

Overall, 2021 has been an eventful year for Coegin Pharma as it transformed its R&D discoveries into clinical development. Furthermore, the company has built a strong foundation for growing the company further and expanding into new indications.

BioStock spoke with Coegin’s CEO Tore Duvold to get his take on 2021 and what’s to come this year.

Tore Duvold, in your opinion, what did 2021 mean for Coegin Pharma and its journey towards the company vision?

– First of all, it was the year we became a clinical stage company and proved that we very efficiently went into a new indication and had all patients in treatment in December. To have clinical results from a phase I/II trial in approximately one year is quite satisfactory. Perhaps less visible, but equally important, is that we have qualified our drug candidate AVX420 for leukaemia and chronic kidney diseases and started the preclinical development. The absorption of Follicum also means that we have acquired new assets and competencies that make us able to increase our efforts in diabetes complications.

Would you say that the company was able to meet the expectations it had set at the beginning of 2021?

– Absolutely, I would even say we have exceeded our expectations. Remember that so many things can go wrong in drug development and many of those are outside your full control. Of course, we have had challenges, but we have been able to solve them. One example was the general delays we saw in the ethics committee due to the pandemic. We solved this by increasing the pace of the patient recruitment and succeeded thanks to the social media campaigns and digital screening.

As leader of the company, what will be your top priorities in 2022?

– We will be ramping up for the next clinical trials with AVX001 in basal cell carcinoma given positive outcome of the COAK-study. We will also be very focused on the preclinical development of AVX420 for leukaemia where we believe we can develop a very valuable new treatment based on our promising in vitro findings in human cells and in vivo effect studies. We will also intensify our focus on chronic kidney disease and diabetes complications where we now have complimented our capabilities by the absorption of Follicum.

If you could see one year into the future, what will be the top story at Coegin pharma?

– It is hard to predict, especially about the future. But ideally, we would by then have seen good effect in AK patients, started a clinical trial in basal cell carcinoma and a leukaemia project approaching the clinic. I also hope we by then will have a clear development track within diabetes complications including chronic kidney disease. I think it is important to notice that we now have several value-adding projects on going, and I think it is likely that we will expand further.