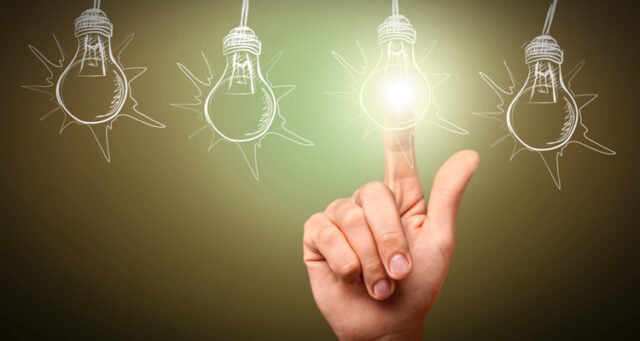 Coegin Pharma has announced successfully completing the merger acquisition of Lund-based diabetes company Follicum. The company, currently conducting a phase I/II trial with lead candidate AVX001 in actinic keratosis and preclinical development of AVX420 in leukemia and chronic kidney diseae, is grabbing the opportunity to strengthen its drug development portfolio by putting strong focus on diabetes complications. BioStock was able to get in touch with Professors Anna Hultgårdh and Jan Nilsson, two internationally-recognised experts in diabetes complications to learn more about what the acquisition will mean for Coegin going forward.

Coegin Pharma is a Nordic biopharma company focused on developing novel treatments for cancer, including the pre-cancerous condition actinic keratosis (AK). Last year, the company initiated the Copenhagen Actinic Keratosis Study (COAKS), a phase I/II trial to evaluate the safety and efficacy of lead drug candidate AVX001 in AK patients. Read more about AVX001 and Coegin’s vision here. The company is also developing AVX420 for the treatment of leukaemia and chronic kidney disease where the preclinical development was initiated in 2021.

Another disease leading to chronic inflammatory complications is diabetes. The kidneys are subject to such inflammation due to damage to smaller blood vessels. In fact, kidney fibrosis is a common complication of the disease, and it is on the rise following the increased incidence of diabetes worldwide (from 4.7 per cent of the world population in 1980 to 8.5 per cent in 2014). This increase brings with it a number of challenges and represents a huge burden for patients, healthcare systems and society.

»New research from Lund University has shown that a disturbed balance between tissue injury and repair of this injury may be an important explanation for the development of diabetes complications. […] Our research has shown that some of the Follicum drug candidates can protect cells against the injury caused by high glucose and fatty acids and to activate tissue repair responses.« — Professor Jan Nilsson

It seems that Coegin is acting upon this opportunity. Last September, the company announced a merger with Lund-based Follicum, a biotech company that has been developing peptides with the potential to treat alopecia and diabetes complications. Follicum’s peptide-based drug candidates have the potential to not only lower blood sugar by stimulating the release of insulin from beta cells, but also the potential to reduce the risk of organ damage.

»This merger provides an excellent opportunity to bring the candidate drugs developed by Follicum into clinical testing based on the combined expertise of the Follicum and Coegin teams.« — professor Anna Hultgårdh

In February, Coegin announced that the merger acquisition had been successfully completed. This means that the work to develop diabetes complication treatments is now intensified. Coegin also announced that, for this endeavour, it is working in close collaboration with the internationally recognised researchers, Professor Anna Hultgårdh and Professor Jan Nilsson at Lund University, both of whom have played key roles at Follicum.

BioStock reached out to both professors to learn more about the merger and this new initiative.

Professor Anna Hultgårdh, as an original founder at Follicum, could you speak to the overall significance of this merger and what Follicum can bring to Coegin?

– Follicum has developed several peptide-based drug candidates with the potential to protect against the long-term complications of diabetes. They work by protecting cells against the metabolic stress and inflammation caused by elevated blood glucose and fatty acids in diabetes. Coegin has a long experience in inflammation and to develop drugs that can protect against the negative consequences of inflammation in chronic disorders. This merger provides an excellent opportunity to bring the candidate drugs developed by Follicum into clinical testing based on the combined expertise of the Follicum and Coegin teams.

How well do Coegin’s company values and vision match those of Follicum, and, based on that, do you expect a smooth integration within Coegin?

– Yes, I believe that this merger makes a lot of sense and I see numerous opportunities in the field of diabetes complications. Both companies have a strong background and expertise in diseases associated with inflammation. Coegin has a very interesting programme in skin cancer and a well-established academic network in dermatology, cancer and kidney diseases.

– Follicum has developed a drug candidate against alopecia and conducted two clinical trials where the results turned out ambiguous. However, Coegin is now doing an in-depth analysis of the clinical data in order to identify potential opportunities for further development or out-licensing. There is an enormous unmet need for better treatment for alopecia, and I would not be surprised if the new team identifies a new avenue for this project.

– It Is important to add that Follicum, in connection with the alopecia project, developed novel technologies for microparticle based delivery of peptide drugs. There are several possible applications for this including stimulation of wound healing. Chronic leg ulcers represent one of the most common and feared complications of diabetes. It is well known that cells present in hair follicles play an important role in wound healing and we have in collaboration with a leading dermatology group in Germany demonstrated promising effects on wound healing in experimental models by drug candidates developed by Follicum. The Follicum drug candidates may have the potential to help these patients. So, to answer your question, yes the values, expertise and vision of Coegin and Follicum are well aligned and the two companies bring matching assets and expertise that holds promise to the development of important new treatments. The integration process is well on the way, and I have been excited to meet and work with the professional Coegin staff and their academic partners.

What will be your role in this new endeavour?

– I will act as a scientific advisor to Coegin and take an active part in several of the ongoing projects. Society interactions including collaboration with industry is one of key priorities for us and for Lund University and I look forward to working as a link between Coegin and the university.

– This is a question that is the focus of intense research. The exposure of the cells in the body to high levels of blood glucose has stressful effects but it is becoming increasingly clear that the high level of free fatty acids in the blood is even more harmful. These factors act jointly to increase the oxidative stress inside cells. The reactive oxygen radicals that are generated by this process are very potent activators of inflammation.

What are the most important complications to diabetes?

– Diabetes is associated with a more aggressive development of atherosclerosis, a chronic disease of major arteries resulting in lipid deposition, chronic inflammation and scarring. Rupture of atherosclerotic plaques is the main cause of myocardial infarction and stroke. Subjects that have diabetes have a doubled risk of suffering from myocardial infarction and stroke. Diabetes is also one of the most common causes for kidney failure and blindness.

How are patients with diabetes treated today in order to decrease the risk of these complications?

– The most effective way to lower the risk of myocardial infarction and stroke is treatment with cholesterol-lowering statins. The discovery of this was rather unexpected because subjects with diabetes generally do not have elevated levels of the dangerous LDL cholesterol. We know now that statins decrease cardiovascular risk equally well in subjects with diabetes as in non-diabetics. However, it does not remove the increased risk associated with having diabetes.

– It has been generally assumed by the medical community that the best approach to lower the risk of diabetic complications is to lower blood glucose levels to as close to normal as possible. However, while we now have many drugs that effectively lowers blood glucose most of these have very limited effect on the risk of complications. It has thus become clear that we still do not really understand how diabetes give rise to long term complications. A better understanding of this is necessary for the development of new and more effective preventive treatments.

What potential do you see for the drug candidate in the Follicum pipeline to prevent diabetic complications?

– New research from Lund University has shown that a disturbed balance between tissue injury and repair of this injury may be an important explanation for the development of diabetes complications. It is well known that high levels of glucose and certain lipids (particularly fatty acids) are stressful for many types of cells and may cause injury to many organs including blood vessels, the kidneys, the liver and the eyes. However, we are now able to show that subjects with diabetes have an impaired ability to protect against and repair such injuries. Our research has shown that some of the Follicum drug candidates can protect cells against the injury caused by high glucose and fatty acids and to activate tissue repair responses. Other studies that we have done in large populations show that subjects with high levels of natural factors with similar effects have a lower risk of suffering from myocardial infarction and stroke. These findings suggest that the Follicum drug candidates could represent an entirely new and very promising approach for prevention of diabetic complications. I am very much looking forward to exploring this together with Coegin.

Finally, how will you contribute to Coegin’s vision of developing new treatments for diabetes complications?

– Coegin will continue the collaboration, initiated by Follicum, with Lund University Diabetes Center and I will be an active part of this collaboration. I will also act as a scientific advisor for Coegin.