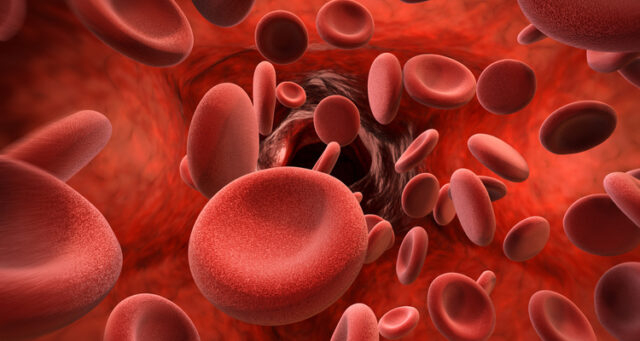 Idogen’s scientific advisory board consists of knowledgeable researchers and doctors active in Idogen’s fields of interest. One of them is Rolf Ljung, senior professor of paediatrics at Lund University, who has extensive knowledge regarding haemophilia. Professor Ljung will be involved with Idogen’s first clinical study with IDO 8 in patients with severe haemophilia A who have developed antibodies against their vital treatment with coagulation factor VIII. In an interview with BioStock, Rolf Ljung talks about the upcoming study and how Idogen’s treatment can counteract the problems surrounding today’s treatment strategy.

Idogen develops tolerogenic cell therapies to prevent biological drugs, transplanted organs or the body’s own cells or tissues from being attacked by the patient’s immune system. The company has three projects in its product portfolio – IDO 8, IDO T and IDO AID. The most advanced project is IDO 8, which aims to develop a cell therapy for patients with haemophilia A who have developed antibodies against their regular treatment with the coagulation factor that their blood lacks.

The company plans to initiate the first clinical study with IDO 8 during the second half of 2021. Key to the planning of the study is senior professor Rolf Ljung who has extensive knowledge of haemophilia and who has been a clinical and scientific advisor to Idogen since 2015.

Rolf Ljung works as a senior professor of paediatrics at Lund University and has previously been chief physician in paediatric haematology with a focus on coagulation at Skåne University Hospital. Professor Ljung is an international authority in his field and his research is focused on bleeding and coagulation diseases in children and especially genetic and clinical studies in haemophilia. An important task for Professor Ljung has been to map the genetic variation in the disease, in order to, among other things, be able to predict the risk of developing antibodies to their treatment.

First of all, could you start by briefly telling us about yourself and your professional background?

– I am trained as a paediatrician and now I am senior professor of paediatrics at Lund University. From the end of the 1980a until recently, I was also the chief physician in peadiatric haematology at SUS with a focus on coagulation.

– Around 1980, I started researching haemophilia and my dissertation was on haemophilia. I have been involved in several decades of research and development regarding haemophilia, which gives an interesting perspective. When I entered the field as a researcher in the 1980s, we were in the middle of the HIV disaster where a large number of people with haemophilia were infected with HIV through their treatment with factor concentrate from infected blood, which was a tragedy.

– I have been a part of clinical studies but also a great number of genetical studies with the aim of analysing genes and mapping mutations behind haemophilia. I also run a lab in Lund that combines genetic diagnostic in haemophilia and research – a combination that has proved very valuable to have under one roof.

– During the 1990s, I and some other paediatricians took the initiative to form a network called European Paediatric Network for Haemophilia Management (PedNet) of which I am chairman. PedNet is a collaboration platform for physicians within paediatrics treating children with haemophilia. The collaboration includes 33 centres in 18 countries that together have created a register of children born after 2000 with haemophilia A and B. Today, more than 2400 children with haemophilia are registered opening up significant possibilities for PedNet’s research foundation.

-Besides being active in PedNet and the diagnostic and research lab, I also have certain other assignments, such as a consulting role on Idogen’s scientific advisory board.

How did you come into contact with Idogen and what is your main task on Idogen’s scientific advisory board?

-Idogen contacted me a number of years ago in order to find out more about haemophilia. They had realised that many patients with haemophilia develop antibodies against their treatment and thus is an interesting target for Idogen’s cell therapy which is based on inducing immunological tolerance.

– Since then, I have had a consulting role on Idogen’s scientific advisory board where I contribute with knowledge about haemophilia and a clinical perspective to assess how the treatment concept can be used within haemophilia. I will also be a part of the group that is to conduct the first clinical study with IDO 8 in patients with severe haemophilia A. This study is expected to start during the second half of 2021.

What do you find particularly exciting about Idogen’s drug development?

– Another exciting thing is that Idogen’s treatment not only has potential in haemophilia, but also other diseases where the immune system does not work properly, such as autoimmune diseases and organ rejection after transplantation.

Could you briefly tell us what haemophilia is, how many people are affected and how the disease affects the patients’ everyday life?

-Idogen has chosen to primarily focus on haemophilia A which affects about 1 of 7500 people. Haemophilia mainly affects boys and men as the coagulation factors are connected to the X chromosome.

What does the treatment for haemophilia A look like today?

Haemophilia A is treated prophylactically with intravenous injections with factor concentrate containing the missing coagulation factor FVIII. The injections are given every two or three days and allow for normal haemostasis. The treatment with injections usually starts at the age of 1 when the patient begins to walk and the bleeding in muscles and joints appear.

-Before we started using treatment with factor concentrate, i.e. before the 1960s, half of the patients with haemophilia died before the age of 20. Today, patients have an almost normal life expectancy if the disease is treated correctly.

What problems are there with the current treatment strategy?

– One problem is that the treatment with factor concentrate is very expensive meaning that a great number of haemophilia patients, maybe 70 per cent, do not have access to the treatment. This is particularly the case in less developed countries where many patients are not even diagnosed.

– The biggest problem with treatment with FVIII is that about 1 in 3 patients with haemophilia A produces antibodies (inhibitors) that inhibit the effect of the added coagulation factor. When you inject FVIII into an individual who actually lacks FVIII in the blood, the body experiences this as something foreign and forms antibodies against the treatment. The antibodies are usually formed during the first 50 treatments and therefore young children who have just started their treatment with FVIII are most often affected.

How can the patients who develop antibodies against coagulation factor VIII be helped today?

-Patients with low levels (titers) of antibodies can be treated with higher doses of factor concentrate to overcome, i.e. saturate, the antibody. If the patient has a high level of antibodies, the aim is to make the patient tolerant through ITI treatment (Immunce Tolerance Induction). This is done by administering large amounts of FVIII for a long time, about 1 year, sometimes in combination with chemotherapy or other immunosuppressive agents.

– However, there are a lot of patients, about 1 in 3, who retain their antibodies despite these efforts. To stop their bleedings, drugs called bypassing agents are used. Recently, Roche has launched a drug called Hemlibra, which is given subcutaneously to prevent bleeding. One fact that remains, however, is that we still cannot treat patients with the missing coagulation factor FVIII when, despite a possible preventive treatment, they experience bleeding. This is the problem that Idogen hopefully has found a solution to.

– Antibodies against FVIII are a major problem that Idogen has chosen to address. Idogen’s treatment is aimed at those patients with haemophilia A who have a high level of antibodies and whose antibodies remain despite countless attempts to induce immune tolerance. The goal is to develop a cell therapy, IDO 8, that induces tolerance so that patients can once again be treated with their vital FVIII treatment.

Can you tell us a bit about the study design for the upcoming study with IDO 8 and what you hope to be able to prove?

– We in Skåne will be involved with the study and we have also contacted other leading haemophilia centres in the Nordic region. I will have a medical consulting role in the study while my colleagues will be active as clinical investigators.

– The phase I/II clinical trial is a First-In-Human study that will include adults with severe haemophilia A who completely lack FVIII and who have developed antibodies to their FVIII treatment. The aim is to evaluate the safety profile of IDO 8 in patients, find a suitable dose and investigate the preliminary effect. At the end of the study, the patient will be given FVIII to see if the patient’s immune system responds to or tolerates the treatment.

What would a positive outcome of the study mean to Idogen and the patients?

– The efficacy goal of the study is to show that treatment with IDO 8 leads to the immune system no longer reacting by forming antibodies to FVIII. If Idogen’s treatment succeeds with this, we are one step closer to a new treatment concept that induces immune tolerance and thus enables patients to be treated again with FVIII without the immune system reacting. That would be a major breakthrough in haemophilia!

-In the long run, there is an even greater benefit if you succeed in adapting Idogen’s treatment method so that it can be given for preventive purposes even before you start giving injections with FVII. Preparing the patient’s immune system even before the first treatment with FVIII would be the ultimate solution.