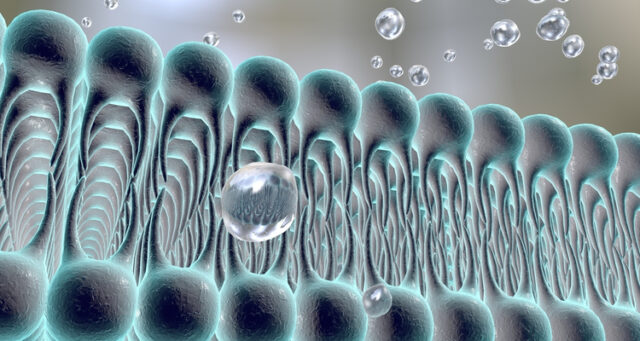 Follicum, a company that develops tissue repair peptides, has advanced further in its preclinical work with developing a drug candidate for the treatment of diabetes. Through extensive and advanced experimental work, the company believes that the peptides bind to a specific receptor in the membranes of cells that are considered to play an important role in the protection and repair of organ tissue. BioStock has contacted Follicum’s CEO Jan Alenfall to learn more about what this means for the project.

Lund-based Follicum develops new peptide drugs in the areas of hair loss and diabetes. In the hair loss project, the company is currently conducting an analysis of the phase IIa study conducted during winter and a first reading of results is expected this spring. The diabetes project FOL-014 is in the preclinical phase, and significant progress is also being made in this project.

The goal with Follicum’s diabetes project is to stimulate insulin secretion and counteract complications of the disease by developing peptides that affect receptors on insulin-producing cells, among other things. A problem with today’s diabetes drugs is that their effect often diminishes over time and that not all patients respond to treatment. Follicum aims to make blood glucose control more long-lasting compared to current treatments, in order to reduce the risk of serious sequelae. The company’s peptides have also been shown to have a protective effect on insulin-producing cells that have suffered prolonged harmful exposure to high sugar concentrations.

In early January the European Patent Office, EPO, announced that it had granted a patent regarding FOL-014 and similar peptides valid until 2038. The company also has patent protection in the US and is awaiting decisions regarding patents from authorities in e.g. China, Japan, and India.

New discoveries strengthen the value of the portfolio

For about a year, Follicum has conducted a Vinnova financed research project with Lund University and SARomics Biostructures, studying the binding of peptides to specific receptors on the cell membrane. Using X-ray crystallography, the interaction of peptide families with a very interesting receptor has been studied at the atomic level, which shows that they bind to a part of the receptor that is estimated to play an important role in repairing and protecting organ tissue in a variety of medical conditions.

BioStock contacted Follicum’s CEO Jan Alenfall to find out more about the new discoveries and what they mean for the project and the company.

First of all, can you further describe the discovery and how it relates to previous discoveries within, primarily, the diabetes project?

– We have already mapped parts of the mode of action for our peptide classes in several different ways. In previous studies and experiments, we have identified a handful of receptors to which the peptides bind. In the Vinnova-funded collaboration with Saromics, we have focused on one peptide family and have now mapped one of the receptors that the peptides bind to. We have selected the most relevant receptor and studied the binding in very large detail. With the help of X-ray crystallography, we get a visually detailed picture of how and where the peptide binds to the receptor.

– On the one hand, it verifies that the peptide really interacts with the receptor and on the other hand, this binding data provides invaluable information about which parts of the peptide that are extra important for the function. We now also know which natural substances bind to the receptor and it is very exciting to be able to find out in more detail what we affect in the cells.

What does this discovery mean for the project and for the company?

– The results obtained are extremely important for the further development of the project. From the crystal structure results, we have obtained a very detailed picture with high resolution of how and exactly where our peptide binds to the receptor, which parts of the peptide are crucial for the interaction and which part of the receptor is in turn affected by peptide interaction.

– Based on this data, we can narrow down the continued work significantly to confirm the entire process from the time we administer the peptide until it has had the positive effect on the disease. The information also gives us an increased understanding of how our peptide  can be combined with already existing drugs to optimize the treatment of diabetes. In addition, they give us great opportunities to streamline our peptide development and create peptides suitable for other uses in the future.

What activities are ongoing in the project right now?

– Several studies are now being conducted in the diabetes project, both in vitro and in vivo, to map how the insulin-regulating properties of the peptides contribute to improving the course of the disease in models for diabetes and diabetes-related consequential diseases. With this data, we get support for how the current peptide should be profiled in future clinical studies and also how it should be positioned according to a potential market introduction.