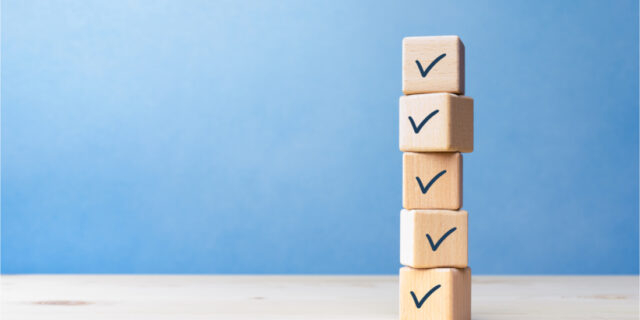 On Wednesday, Solna-based Promore Pharma could kick off the autumn news flow with good patent news. The company has been granted a patent in Europe for the candidate ropocamptide, which is being developed for the treatment of venous leg ulcers. BioStock contacted CEO Jonas Ekblom for a brief comment on the importance of the approval and the company’s strategy for IP protection.

When looking at the pipeline of biopharma Promore Pharma, we find two candidates aimed at an area where there are currently no prescription drugs – wound healing. The company develops ropocamptide (LL-37) and its leading candidate ensereptide. The ropocamptide project aims to develop a treatment for venous leg ulcers, the most common form of chronic leg ulcers, whilst ensereptide is intended to inhibit scarring.

Currently, ropocamptide rests on the foundation of two clinical trials with encouraging results. In the so-called HEAL study, which was completed in 2020, ropocamptide showed particularly good results regarding the acceleration of healing of large leg ulcers, i.e. wounds larger than 10 cm2. These larger leg ulcers take longer to heal and are thus more expensive for society to treat. If ropocamptide can accelerate the healing of these wounds, it could mean great benefits both for the patient, who avoids a protracted healing process, and for society in the form of lower healthcare costs.

Promore Pharma is preparing the next step with ropocamptide – future studies and then possible commercialisation. Prior to this, a single-component version of ropocamptide is being developed to increase user-friendliness.

Whilst this work continues, Promore Pharma is also continuously working to secure strong patent protection for its candidates. On Wednesday, the company was able to announce that it had reaped another success in its work tobuild a solid patent protection. This came in the form of another patent for ropocamptide granted by the European Patent Office, EPO.

In a press release, Promore Pharma states that the granted patent protects the treatment of chronic leg ulcers by treating patients with a “pharmaceutical formulation containing ropocamptide in therapeutically effective doses”.  The company specifically mentions venous leg ulcers and diabetic foot ulcers as indications protected by the patent. The patent is valid until at least November 2034 with the possibility of extension.

Jonas, could you tell us more about what the specific patent means for Promore Pharma and the development of ropocamptide?

– There are no patents covering the molecule ropocamptide itself. Ropocamptide, or LL-37 which is the scientific name for this endogenous peptide, has been known in medical research for more than 30 years. At Promore Pharma, we have instead built up patent protection regarding the use of ropocamptide to treat wounds. For example, we have identified the dose levels of ropocamptide needed to achieve a medical effect. This means that in the countries where this patent is approved, no other company can sell dosage forms of ropocamptide (LL-37) in these dosage ranges.

Can we expect to see more approved patents regarding ropocamptide?

– With this decision by the European Patent Office, this patent family is now approved in most of the important pharmaceutical markets: the US, EU, Japan, Russia and Australia. The application is still being reviewed in a few remaining countries. The patent family offers protection at least until 2034. The company does not rule out that new patents may be filed in the coming years.

You specifically mention that the patent covers diabetic foot ulcers, how do you see the possibility of expanding ropocamptide’s indication area to include this area as well?

– We believe that the medical mechanism of action of ropocamptide is also relevant for the treatment of diabetic foot ulcers. However, one needs to remember that venous leg ulcers and diabetic foot ulcers are to be considered two different diseases. For this reason, separate clinical studies are required to address these different types of chronic wounds. At present, Promore Pharma does not have the resources to address another disease area. However, we see that it will be a natural next step in development once a product for the treatment of venous leg ulcers reaches the market.