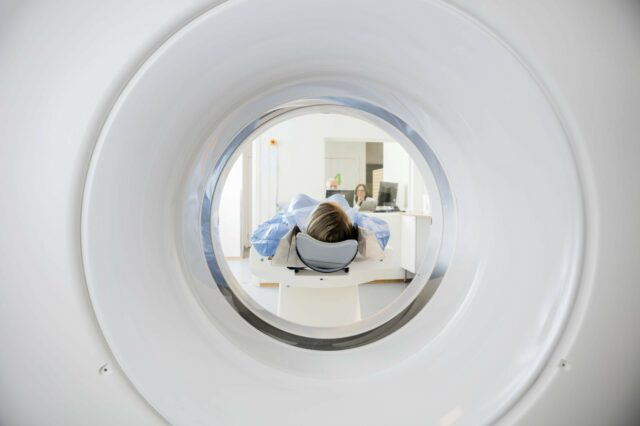 Lund-based company Spago Nanomedical recently announced interim results from their phase I study with SpagoPix, the tumour selective contrast agent in cancer diagnostics with magnetic resonance imaging. The results show that the candidate is safe, that it accumulates into the tumours, and that it provides clear contrast enhancement in the image analysis. Based on these results the company has decided to expand the study to new indications, in addition to breast cancer. BioStock reached out to CEO Mats Hansen for a comment.

According to the preliminary results of Spago Nanomedical’s ongoing phase I study, the product candidate SN132D in the company’s SpagoPix project is safe to use also at the higher dose level. In addition, the company can conclude that the tumour selective contrast agent accumulates in solid tumours as intended and that the magnetic resonance imaging (MRI) from patients with breast cancer show clear contrast enhancement.

Expanded phase I with SpagoPix

Spago Nanomedical has initially focused SpagoPix on breast cancer, a disease that, according to the World Health Organization, affects about 2.3 million people each year and where MRI diagnostics are among the standard methods for detection, diagnose and follow-up of the disease.

During the study, it has also been observed that the imaging of the pancreas and the liver has showed clear contrast enhancement. Based on these results, Spago Nanomedical has decided to expand the study to include patients with pancreatic cancer that has metastasised to the liver.

Pancreatic cancer is one of the cancers associated with the highest mortality, thus, the need for improved diagnostic methods is great. In addition, the company will evaluate SpagoPix in other indications with clinical needs.

The progress with SpagoPix is also important for Spago Nanomedical’s cancer treatment project Tumorad including the drug candidate SN201. The company is developing an individualised radionuclide treatment of cancer tumours, based on the same technology platform as SpagoPix.

The new treatment can be targeted at different cancers and has, in a preclinical model for aggressive breast cancer, indicated that tumour growth can be slowed. The company also conducts preclinical studies in other cancer models.

After successfully having completed the preclinical program last year, the aim is to start a phase I study with SN201 in 2022. Initiating the study, the company will take a first clinical step towards developing a new treatment that can target a variety of tumours and metastases that cannot be treated with external radiation or surgery. Read more.

BioStock reached out to Spago Nanomedical’s CEO Mats Hansen to find out more about the results and what they mean for the company’s projects.

Mats, what do the results mean for SpagoPix’s potential in MRI diagnostics?

– We are very pleased with the results that are in line with the previous interim analysis and clearly confirm that SN132D at the current dose provides clinically relevant contrast enhancement in solid breast tumours and enables us to begin the final phase of the study.

– This is further confirmation that our platform technology for physiological tumour targeting with functional nanoparticles works and opens up for both diagnostic and therapeutic use in different types of solid cancer tumours.

Why did you choose to expand the study with pancreatic and liver cancer?

– On the one hand, we see opportunities to effectively act on the positive signals we have already received regarding contrast in the pancreas and liver, and, on the other hand, we see great value in showing the breadth of the platform, for MRI of course, but also to point to the possibilities of Tumorad.

– Abdominal imaging is already part of the ongoing study and after the fine images with strong contrast in the liver and pancreatic that we have already received, it has been clear that there is a clinical interest in evaluating SN132D further in patients with documented cancer in these organs. It can also easily be done within the framework of the already ongoing study, which means that we have the opportunity already at this stage of development to demonstrate a broader use of SN132D.

– We believe that this is a time- and cost-effective way to increase the value of the project.

In what other indications do you think SpagoPix can be useful?

– We believe that SN132D provides the opportunity for precision simulation with MRI for several solid tumours, and look at the possibilities in other diseases that are distinguished by rapid and unstructured blood vessel growth that can open up for the accumulation of our nanoparticles.

The progress with SpagoPix is also important for Tumorad, what benefits do you see with the latest results?

– This is further confirmation that our platform works to accurately accumulate functional nanoparticles in solid tumours. The particles used in Tumorad are based on the same basic components and principle of physiological tumour targeting.

– The results with SN132D also show a very good correlation between preclinical and clinical data, which, in light of the latest preclinical results with Tumorad, further strengthens us on the path to clinical trials.