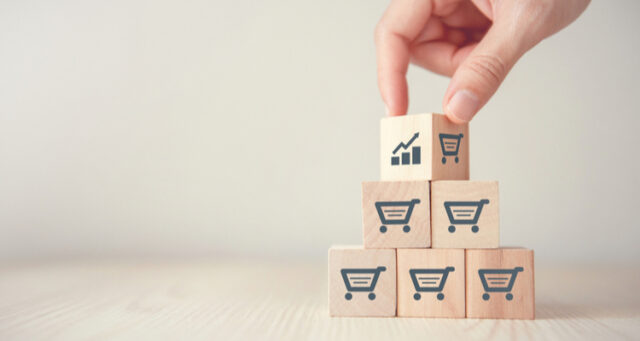 Since the launch of its first product, Efemia bladder support, Lund-based Invent Medic has slowly moved from being a pure development company to a company with a commercial focus. Newly-appointed CEO Anna Lindström is now conducting a reorganisation to further increase the sales focus. BioStock contacted Lindström to learn more about the organisational changes announced before Christmas.

With Efemia bladder support and the Efemia menstrual cup, medtech company Invent Medic wants to improve women’s quality of life in everyday life. The bladder support is developed to help women suffering from stress urinary incontinence, while the newly launched menstrual cup targets a far larger user group. In connection with the product launch this fall, the company has also developed a new strategy to determine the direction going forward.

Reorganisation to focus on growth

One part of the strategy puzzle is to strengthen the company’s sales focus, which is why Invent Medic is now doing a reorganisation to focus on growth. At the same time, the company is also looking at reducing costs, which will primarily affect product development. The company will go from a total of 9.4 full-time employees to 6.5 full-time employees.

In connection with this, former CEO Karin Bryder has decided to leave the company, where she currently holds a position focusing on product strategy. The company expects the cost savings to begin to be visible in the first quarter of 2022, and then to have a full impact in the second quarter of the year.

During the first nine months of 2021, Invent Medic’s sales amounted to just under 1.4 MSEK. This meant growth of 18 per cent compared to the corresponding period in 2020, but the company wants to see growth that is far higher than that in the future.

Several collaborations have been initiated

Already this autumn, the company has taken some strategic steps. Among other things, marketing directed directly to consumers is now to a greater extent carried out via social media. A clear example of this is the launch of the menstrual cup, where the company collaborates with the media profile Edvin Törnblom and the YouTube channel Splay Sweden.

Invent Medic has also started collaborations with the fitness companies Runacademy and OWNIT, which help spread information about stress incontinence during workouts. The campaign has so far resulted in tens of thousands of views of the posts and video material that has been published and according to the company it has received very good feedback on the content.

Starting up sales on Amazon in Germany

In 2022, Invent Medic aims to initiate several new marketing collaborations, while at the same time making it easier to buy the company’s products online. Here, Amazon will play an important role, and Invent Medic recently opened the doors to the Efemia Store on the trading platform. The first market is Germany, where Efemia continence support is now available for purchase. The goal is to also launch the menstrual cup on the platform in 2022.

Anna Lindström, CEO of Invent Medic, recently gave a presentation to update the stock market on the reorganisation and the marketing strategy, and BioStock contacted her to learn more about her expectations going forward.

Given the measures that are now being taken, how far do you calculate that your existing liquidity will last?

– With the cost savings and changes to our organisation that have been implemented, we see a significantly lower cost level starting from Q2 2022. Right now, we do not plan for a new share issue, but based on the development of the markets in which we operate, there may be future needs as we want to take advantage of the opportunities available for active market processing and sales.

You are in the middle of the process of charting the way forward to increase sales. What goals have you set here?

– For the bladder support, the focus is to build on the distributors we have, as well as to strengthen with additional retailers in Germany during Q1. Here, too, influencer collaborations are important, and we aim to collaborate with influencers within 3 new fitness target groups. We expect to be procured in an additional Region by Q3.

You are in the middle of launching the Efemia menstrual cup. How has the launch campaign performed so far?

– We have received a lot of positive feedback and good visibility through the campaign “blodigt värre”. Reaching out to as many people as possible in connection with the launch of a new product is of the highest priority and through the campaign we have gotten a good spread on social media where many have noticed our campaign.