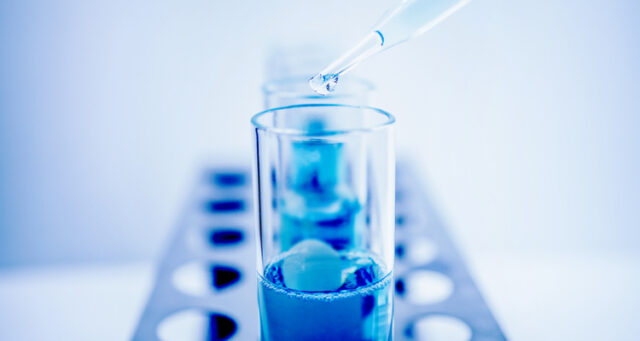 After this summer’s IPO, Malmö-based Pila Pharma is at full activity, preparing for the upcoming phase IIb study with drug candidate XEN-D0501. In its latest reached milestone, the company has completed GMP production of placebo tablets that will be used in the study, and the next step is to implement the toxicology program. BioStock contacted the company’s founder and CEO Dorte X. Gram to learn more about what lies ahead.

Biotechnology company Pila Pharma is developing the drug candidate XEN-D0501 for the treatment of type 2 diabetes. Metformin is currently the first-line treatment for patients with type 2 diabetes, and the goal is for XEN-D0501 to become the new first choice among oral medicines for patients where metformin treatment is not sufficient. The candidate targets and acts as an inhibitor of the TRPV1 protein – a protein that the company believes plays an important role in type 2 diabetes with an impact on both insulin secretion and insulin sensitivity.

The company’s shares were listed on the Nasdaq First North Growth Market this summer. A rights issue of units was also carried out with the aim of financing the development work until the start of the phase IIb study that is expected to start in 2022 at the earliest. A total of 35 MSEK was raised in the first stage, and, during the spring of 2022, a that total is expected to reach approximately 39 MSEK, which  will be added via the redemption of the warrant of series TO1 that was included in the issue. You can read more about the issue here.

An important component of the preparation work for the phase IIb clinical trial is the availability of study drugs. Pila Pharma announced last week that it has now manufactured and GMP-certified the placebo tablets that will be used in the study. The company has already secured tablets containing XEN-D0501, which means that all tablets to be included in the study are ready.

Before the company can apply for initiation of the phase IIb study, extra preclinical studies are required. On top of that, the company must also carry out the toxicology program, which starts next year. Recently, a manufacturing agreement regarding API was signed, and the batch of XEN-D0501 to be used in the toxicological studies is currently being produced.

First of all, Pila Pharma was recently listed on Nasdaq First North Growth Market. What are your thoughts on that milestone and its importance to the company?

– I see it as a validation of our ideas and of the work done by the team. In addition to being a quality stamp for us, it means that we can now actually do what we are supposed to do in the project. It is an important step on our journey towards improving the lives of all the millions of people suffering from type 2 diabetes.

What is your view on your own investment in the company in connection with the IPO?

– I am the founder and owner of over 40 per cent of Pila Pharma, which is already a very large share. In addition, I have already bought shares for my children and also bought units for them in connection with the IPO. The entire operational Pila team was involved in the purchase of units and all members of the Board were participated when we made our pre-IPO earlier this spring.

– In addition, I have invested almost all my life in Pila Pharma; partly to prove that my thesis is right, partly to be able to contribute something good to all the world’s type 2 diabetics, but also to be able to make a good profit.

Before you can start your phase IIb study, the toxicological studies await. When do they get started and what are the expectations here?

– Drug development is generally characterised by long lead times and at each stage there is a risk of failures and delays, something that we plan to avoid as we know approximately where the risks are, and we have full focus on “operations management”.

– The production of API to be used in the toxicological studies is currently underway and we expect it to take about nine months. We expect to start the toxicology studies before summer 2022 and the application for clinical trial permit will be submitted as soon as we have received the results.

– While we wait, we want to make sure to select a CRO that can handle the study for us and choose the 50 to 100 clinics that will recruit the up to 300 patients that we estimate must be included in the study. In addition, the first half of 2022 will be spent on establishing protocols and all other documentation included in an application for a clinical trial permit.

If we look ahead in the autumn, what activities will be important to you?

– With the IPO, we are taking another step in maturing as a company. There are many things that are new and that need to be in place and here we want to keep high quality. An example of this is the quarterly report and here we are in full swing preparing for the Q3 report. I will be very involved in this together with our CFO and former auditor Elna Lembrér Åström.

– Our former CFO Lars Bukhave Rasmussen took on the role of COO during the spring with the aim of having full focus on our operational work in parallel with coordinating the work for the IPO. I am very pleased that the initiative was successful and that within the first two months after the listing we have been able to demonstrate decisive progress according to plan.

– Earlier this summer, we were also able to connect with Miguel Lecumberri, who takes on the role of Head of Compliance and who will work to develop an organizational structure and processes to create as strong and flexible an organization as possible for the scaling up of the company in the future.