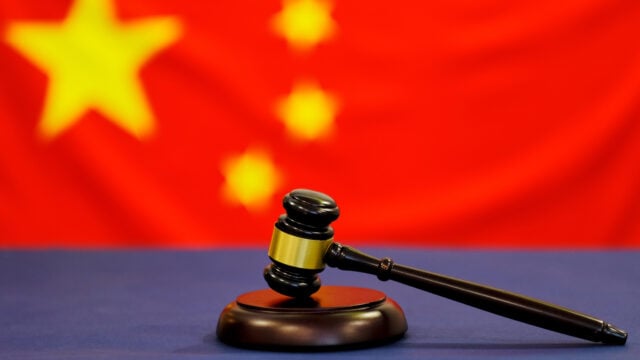 4 July, 2021
2020 has been a year of intellectual property expansion for dry powder inhaler developer Iconovo. Much of that expansion has come within Sweden and the EU, but recently the company has received the notice of intention to grant a patent from the Chinese Patent Agency regarding Iconovo’s reservoir-based inhalation device, ICOres. The new patent will protect the technology used in many of Iconovo’s projects like the project concerning a generic version of Symbicort.

Medtech company Iconovo have had a lot going on in 2020, so far, reaching several important milestones with its four powder-based inhalation platforms for treating common respiratory diseases like asthma and chronic obstructive pulmonary disease (COPD). Perhaps one of the most important milestones came last month when the company announced it had received Class I Medical Device CE marking for its capsule-based dry powder inhaler ICOcap. Read more.

The feat comes on the heels of several Intention To Grant notices received from the European Patent Office (EPO) this year: two for ICOres and one for ICOone. The patents are extremely important for Iconovo’s business development as they do not only protect the company’s technology from patent infringement, but they also add value to a strong product portfolio and help build trust amongst the company’s current and potential customers and partners.

This week, Iconovo’s ICOres gained the spotlight once again when the company announced they had received an Intention To Grant notice from the Chinese Patent Agency to cover technology built into the ICOres platform. This is a big step forward for Iconovo as the company looks to expand its business eastward.

In fact, this is not the first Intention To Grant received by Iconovo from an Asian patent office for ICOres. At the end of last year, ICOres was granted a patent by the Japanese authorities. The addition of the Chinese patent will secure ICOres on three very large markets, and greatly expanding Iconvo’s business potential.

The Chinese market in particular is of high value for Iconovo considering the increasing prevalence of respiratory diseases in the country. In recent decades, China has developed from a traditional agricultural society into a densely populated industrialised nation. While this has translated into steep economic growth over the last few decades, the Chinese population has been burdened with high levels of air pollution.

These rapidly changing lifestyle and environmental factors are the likely cause of higher incidence and prevalence rates of asthma and COPD, two illnesses that often overlap and are under – or misdiagnosed in China.

According to analysts at Research and Markets, thanks in large part to a rise in the elderly population susceptible to asthma and COPD within the country, China’s inhaler market was valued at around 2.2 BUSD in 2018 and is anticipated to grow at a substantial annual rate of 3.3 per cent between 2019 and 2025. The report estimates that dry powder inhalers will have the largest market share in the Chinese inhaler market as they provide a more user-friendly inhalation solution.

Iconovo’s ICOres should fit well in this context. It is a reservoir-based dry powder inhaler (DPI), and it is the company’s generic version of AstraZeneca’s Symbicort Turbuhaler (budesonide/formoterol), a product that is used for treating both asthma and COPD, and that is valued at 2.5 BUSD annually.

Not only will ICOres budesonide/formoterol be the first generic Symbicort product that truly has the same operation as the Turbuhaler, but it has several features that differ from Symbicort. For one, the device has two separate reservoirs. This means that it can be filled with two different formulations, which allows for the simultaneous delivery of up to four different active pharmaceutical ingredients (APIs).

Furthermore, compared to Symbicort, ICOres also has a built-in exact dose counter that shows the number of remaining doses. After the last dose is taken, an indicator shows that the inhaler is empty. Also, unlike the Symbicort Turbuhaler, ICOres has an additional feedback feature indicating when the inhaler is ready for use, and if the drug formulation has been successfully inhaled.

Overall, the strengthened international intellectual property for Iconovo through this new patent for ICOres in China will provide the company with the opportunity to grow substantially, especially considering the fact that ICOres makes for an affordable, user-friendly solution compared to the competition.