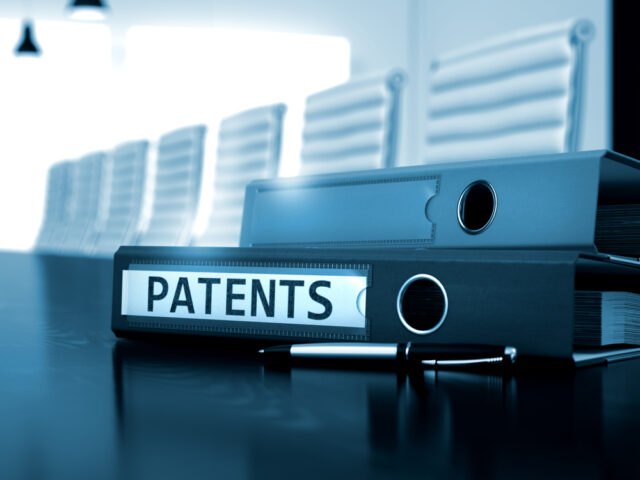 4 July, 2021
During the first half of 2020, Follicum has started, paused and resumed a phase II study with its primary candidate FOL-005. An international patent application has been filed regarding its newly developed topical formulation as a carrier of peptide drugs. New collaborations have been entered in regard to the company’s diabetes project and several patents have been obtained, most recently from the US Patent Office. As of now, the company has a solid IP protection for its peptides developed with the aim of treating diabetes and its complications, in both Europe and the United States, and the goal is to enter into strategic partnerships for the future clinical development of such peptides.

Follicum develops innovative peptide-based drugs, which are characterized by a good safety profile as they are often based on endogenous substances, are formed by amino acids and generally exhibit good tolerability in patients. Other advantages with peptide-based drugs are that they can be produced synthetically, which facilitates a simpler production process compared to biologics, and that they can provide both a rapid and long-lasting treatment effect. Read more.

When Follicum entered 2020, the company was ready to start a phase IIa study with the topical formulation of main candidate FOL-005, which is developed as a treatment for alopecia (hair loss). Within the diabetes project, positive preclinical study results in human tissue had been obtained, and a scientific advisory board was set up to guide the project towards clinical trials. Today, Follicum can look back at an eventful first half of the year.

The year began on a positive note when, in January, the German regulatory authorities approved the start of the phase IIa trial with the new topical formulation of FOL-005 in patients with alopecia. Previous clinical studies had been performed with intradermal injections (given in the epidermis) for 3 months, but the company had produced a more user-friendly product that showed good results in safety and efficacy studies and was ready to be tested in humans. Thanks to the robust safety profile of the topical formulation of FOL-005, the authorities granted one month’s extra treatment time.

Patients included in the study were to be treated with one of three doses of the new topical formulation of FOL-005 or placebo. The treatment would be administered daily for 4 months, a sufficiently long study period to truly see the result on hair growth, which is a naturally slow process.

In March, Follicum announced that the first group of alopecia patients had started treatment in the trial. The goal was to include a total of 200 male patients in the study, to be conducted at the Clinical Research Center for Hair and Skin Science (CRC) in Berlin and at proDerm in Hamburg. Later that month, however, the German authorities, due to the Covid-19 pandemic, appealed that all ongoing clinical trials should pause their patient recruitment. This also affected Follicum. Yet, already-included patients could complete the study protocol according to plan.

Still, the study pause did not affect Follicum’s other ongoing activities. In May, an international patent application (PCT) was submitted for an extended IP protection for the company’s topical formulation, partly regarding FOL-005 but also as a carrier of other peptides. The application was based on new experimental data showing that the topical formulation can be used as a carrier of several peptide-based drug substances. Upon patent approval, the protection for FOL-005 will be extended by at least eight years.

In early June, the phase IIa study could be resumed, and, by that point, Follicum had entered an agreement with another reputable German study clinic with experience of running similar studies in hair loss – CentroDerm in Wuppertal – with the objective of speeding up patient recruitment. The study is expected to be completed and the results communicated in the spring of 2021. 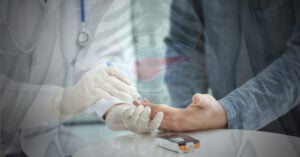 The company’s diabetes project has also progressed during the first half of 2020. In January, Follicum received a 1.5 year Vinnova grant to carry out studies testing the binding capabilities of its diabetic peptides to pancreatic cell receptors. Follicum is the coordinator of the project, which also involves Lund University and SARomics Biostructures. Parts of the project include advanced analyses at the world-leading research facility MAX IV in Lund.

In addition, several advances have been made on the IP front of the diabetes project. In March, an Intention to Grant for a patent application regarding the use of the company’s new peptides in the treatment of diabetes was obtained from the European Patent Office. The patent will be valid until 4 May 2038 and further increase the value of Follicum’s diabetes project.

Just this Monday, the company received the latest patent notice regarding the diabetes peptides, this time from the US Patent Office. The received Notice of Allowance covers the protection of the company’s two peptide classes and their use in the treatment of diabetes and diabetes-related complications. The US patent will, as the European equivalent, be valid until 2038.

– This Notice of Allowance of the patent demonstrates the uniqueness of our diabetes project and it lays the ground for commercialization opportunities in the US, one of the largest markets for diabetes medicines. The announcement from the US Patent Office is thus creating significant value for Follicum.

The company’s annual report for 2019, which was published in May, reveals additional expected milestones over the next 12 months. As mentioned, the goal for the hair project is to complete the ongoing phase IIa study with the topical formulation of FOL-005 and present study data. The company is also awaiting response on its PCT application.

Within the diabetes project, additional in vivo data and in-depth mapping of the peptide’s mechanism of action will be added to the preclinical data package. Moreover, the objective is to enter into strategic collaborations for future clinical studies.

For both projects, Follicum also intend to develop a global strategic, regulatory and clinical development plan to facilitate an optimal project development going forward, either on their own or through external partnerships.

So far, Follicum has delivered on all parameters and with minimal delays, despite the ongoing pandemic. The projects are accelerating on a broad front and the company can look forward to an interesting autumn.