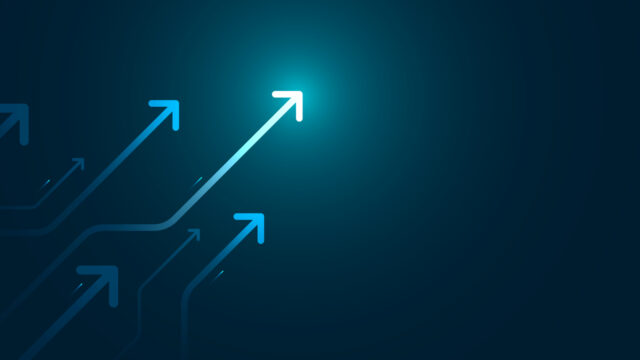 Gabather’s target engagement study with the lead candidate GT-002, a treatment for neuropsychiatric disorders, is expected to produce its first results by the end of the year. This according to the company’s CEO, Michael-Robin Witt, who joined BioStock for an interview.

Gabather develops drugs aimed at treating a wide range of neuropsychiatric disorders, such as cognitive impairment and schizophrenia, among others. Its lead candidate GT-002 targets the GABAA receptor ­- a protein complex in the central nervous system (CNS) that is involved in the triggering of a wide range of mood disorders. Read more about Gabather’s vision and the lead candidate here.

Today’s drugs for common forms of mental illness fall short in terms of their effectiveness. They often come with heavy side effects, and, in many patients, they produce little or only marginal benefits. Thus, there is a great need for new treatments, so new drug candidates like Gabather’s are in high demand, especially after the Covid-19 pandemic, which has led to an increase in mental illnesses – cognitive deficits in particular.

Read more about the mental health impact of the pandemic, and how Gabather’s candidates can have an impact, here.

Gabather progressing in the clinic

Gabather initiated its clinical development programme in 2019, when the company started a phase I clinical study with GT-002. In October 2020, a phase Ib study was successfully completed, where the preliminary results showed that the drug candidate has good pharmacokinetic properties and a favourable safety and tolerability profile in healthy individuals.

Since then, data has kept rolling in, showing that GT-002 has strong anti-psychotic and pro-cognitive properties, that is, an ability to improve memory and cognition. Now, GT-002 is in the final stages of a phase I clinical trial, and, right before summer, Gabather received approval from the Portuguese regulatory authorities to start a so-called target engagement study (TES) meant to show how GT-002 modulates brain activity and where in the brain this modulation takes place. The aim for this double-blind, placebo-controlled study is to measure GT-002’s interaction with the GABAA receptor in healthy volunteers using both electroencephalography (EEG) and functional magnetic resonance imaging (fMRI).

Since initiating the study, Gabather has announced being granted additional patent protection for GT-002 in the US. The invention further increases and strengthens Gabather´s position in the field of GABAA receptor modulators and methods of use.

The company has a strong portfolio of patents and patent applications covering key products and methods, and this creates significant value to the company and shareholders.

BioStock was able to get in touch with Gabather‘s CEO Michael-Robin Witt to learn more about the TES timeline especially regarding the initial result readout expected later this year, as well as the significance of the recently granted patent.

Michael-Robin Witt, with the target engagement study initiated, how is the enrolment process going?

– The enrolment is a continuous process until we have achieved the target of four (out of 24) healthy volunteers to be assessed as a “pilot group.”

When should we expect initial results from the study?

– We are expecting data from this pilot group at the end of November 2022, and we will also have a chance to follow up with GT-002 blood exposure data within the pilot group.

Overall, what is the expected timeline for the total duration of the study?

Could you tell us more about the overall goal of the study?

– The overall goal is to see how and to what extent our candidate GT-002 modulates the brain activity in healthy volunteers and demonstrate target engagement, that is, functional modulation of the GABAergic neurotransmitter system.

Both EEG and fMRI will be performed. Are they performed simultaneously, and why is it important to do both?

– Simultaneous measurement of both EEG and fMRI is technically challenging but gives information on both temporal (EEG) and spatial (fMRI) modulation of the activity of the brain. It is a ” window into the brain.”

Regarding the patent granted for the US market, how significant is it for Gabather and its business opportunities?

– Our patent strategy has been to go from core patent – composition of matter – “outwards” to protection of synthesis routes to medical use applications, basically adding layers of IP on the core asset. We are routinely evaluating the IP portfolio to balance costs and value. Of course, IP assessment is an integral part of any partnering/licensing/business opportunity.

Finally, is there anything else in store for Gabather that you can share with us today?

– It has been a winding road like all drug development projects, but we are convinced that using EEG and fMRI in combination as biomarkers for the effect of GT-002 was the correct route for further clinical development of GT-002. The data will be pioneering not only for future indication options for GT-002, but also for the development of the compounds in our pipeline and – last but not least – be key for ongoing business development opportunities.