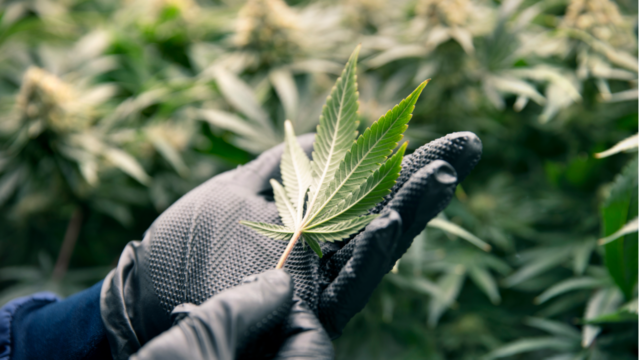 We are seeing a shift in the political will to decriminalise cannabis, not least in the US and Germany, where significant steps in legislature are being considered. This will also have important effects on the field of medical cannabis, which has already seen a tectonic shift towards a more general acceptance in recent years. Danish biopharma company DanCann Pharma, with one of the world’s most modern facilities for manufacturing medical cannabis, is one of the top European players in this field. To inch closer to profitability, the company is now carrying out a rights issue of 28.5 million DKK that ends on November 11th.

The cannabis plant contains over 100 active substances called cannabinoids that affect receptors in the brain and body when consumed. The two most well-known are Tetrahydrocannabinol (THC) and Cannabidiol (CBD), with the latter not generating the same so-called high or feeling of euphoria associated with cannabis. Both substances can offer new treatment options in cases where traditional and conventional treatment options do not provide sufficient efficacy or lead to severe side effects.

Today, DanCann Pharma is a licensed production and distribution company that focuses on discovering, developing, manufacturing, and commercialising new therapeutic cannabinoids. The company’s core cultivation technique, vertical aeroponics systems, was initially developed by NASA, and, in 2021, the first cultivation facility, Biotech Pharm1, was constructed. DanCann has a presumptive first mover advantage in the Nordic and potentially European markets by, according to the company, being one of the only ones using the NASA technology for this purpose.

With this technique, DanCann can manage and regulate temperature, humidity, light, irrigation and other factors that can affect the quality, uniformity and strength of the cannabinoids. Ambitions are high – the company strives to ensure the high quality and safety requirements that characterise the traditional pharmaceutical industry.

A broad range of target indications

The key driver for Rasmussen founding the company, was the previously poor and limited access to cannabinoid-based drugs and pharmaceuticals where patients were forced to search for products on uncontrolled, illegal markets. Today, DanCann Pharma works to improve accessibility to treatments with quality assured cannabinoid substances.

Cannabis has historically been associated with a stigma, primarily related to drug addiction and crime. But things are about to change, not least in the US where the Biden administration wants to decriminalise the use of cannabis. Also, Germany’s Minister of Health recently presented a bill concerning the future legalisation of cannabis under controlled conditions, intended to put an end to the extensive illegal market.

»De-criminalisation on the largest and most influential markets in the world will hopefully open for further acceptance and help eliminate the stigmatisation that still exist.« – Jeppe Krog Rasmussen, CEO DanCann Pharma (read the interview here)

Not only is Germany nudging towards legalisation of cannabis, but it is also the largest economy in Europe, and a decriminalisation could inspire more countries in the EU to adopt a new attitude towards cannabis, not least in the field of pharmaceuticals. For DanCann, the German market is already important.

In the last week, DanCann Pharma took another important step towards its commercial breakthrough when it signed a supply agreement with Polish Storkpharm Sp. z o.o. The agreement covers the period 2024-2025 and is worth over 40 million DKK.

DanCann Pharma expects to achieve its commercial breakthrough during the upcoming 12 months, partly realised through the agreements with WEECO and Storkpharm. The company aims to achieve this goal by introducing new products and by building an accelerated and extended product portfolio of imported medical cannabis and cannabinoid-based drugs and pharmaceuticals.

The company is now conducting a share issue that amounts to approximately 28.5 million DKK, before issue related costs. The company intends to mainly use the net proceeds for:

The proceeds will also enable DanCann to reach necessary permissions from the Danish Medicines Agency and the approval of Biotech Pharm1, and hereafter also finalise the commercialisation of its future product portfolio consisting of the protected trademarks Tetracanoid, Bidiocanoid, Mixcanoid, Varincanoid and Bigerolcanoid.

Certain existing shareholders including persons in the Board of Directors and management have undertaken to subscribe for units in the rights issue. In addition, external guarantors have provided guarantee commitments corresponding to approximately 77 per cent of the rights issue (21.9 million DKK).

The offering in summary