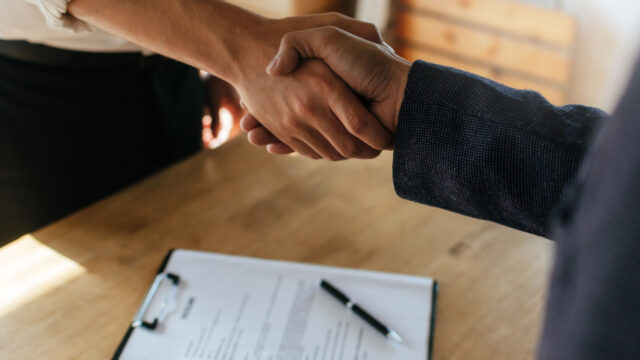 When research company Sprint Bioscience publishes its report for the third quarter, the focus is on development of the internal pharmaceutical programmes and new partnerships. The company had a busy schedule at BioEurope, which took place this week in Leipzig, Germany, and it continued to see great interest in the VADA and DISA programmes. BioStock talked to CEO Erik Kinnman about partnerships, the upcoming rights issue and what lies ahead.

The preclinical research company Sprint Bioscience develops early-stage drug candidates, with a particular focus on cancer. The company’s goal is to achieve early out-licensing of the programmes to larger international pharmaceutical companies, who will then pay for further development until a potential approval. The portfolio currently consists of three out-licensed programmes and three internal programmes that are currently being marketed for the purpose of out-licensing.

When Sprint Bioscience closes the books on the year’s third quarter, it is clear that the quarter has seen a focus on partnerships. However, the single most important activity during the autumn took place after the end of the quarter, namely the partnering conference BioEurope, which was held physically on 24–26 October, and virtually 2–4 November. In the run-up to the conference, significant effort was made to plan a busy schedule of meetings with potential partners.

The company noted that its most advanced programme, VADA, receives the most interest, closely followed by DISA. NIMA, which is in its early stages, is also attracting a lot of interest, according to the report.

Programmes progressing according to plan

The VADA programme, the furthest-advanced internal programme in Sprint Bioscience’s portfolio, has focused on the target protein VRK. Elevated levels of VRK in several forms of cancer are associated with poorer survival. Such cancer forms include kidney, liver and pancreatic cancer, as well as glioblastoma and neuroblastoma.

During the past quarter, the company showed in a preclinical proof-of-concept study that molecules from the VADA programme have an inhibitory effect on tumour growth in a model of Ewing’s sarcoma. Final analysis of the proof-of-concept results confirms the initial findings and there is currently ongoing optimisation of the molecules and experimental studies. The results from these studies are, according to the company, expected to strengthen the partnering opportunities.

In the report, Sprint Bioscience announces that it is in ongoing talks with potential licensees and that several in-depth discussions with potential partners are taking place in parallel regarding VADA.

The work on the DISA programme has progressed according to plan during the quarter and an experimental proof-of-concept study is planned for the beginning of 2023. Sprint Bioscience states in the report that potential partners have shown great interest in the target protein and the programme as such. The company also notes that the NIMA programme, which was launched in June 2022, is being developed according to plan.

The out-licensed programmes are also continuing to advance. The Vps34 programme has been licensed to Deciphera Pharmaceuticals since last year and is now undergoing the activities required for future clinical development. For the PETRA01 programme, which is licensed to Hibercell, preclinical studies are being conducted prior to the application for future clinical studies. In the NASH programme, which was out-licensed to LG Chem in 2019, work on an experimental proof-of-concept study is continuing.

Decision to carry out a rights issue

During the quarter, the company announced that it is carrying out a rights issue of units 49.8 million SEK in total for further development and out-licensing of the internal programmes. The plan for the issue is to raise 29.9 million SEK during the autumn and then another 19.9 million SEK via warrants in May 2023. The issue will finance the continued development of the internal programmes and the process leading up to the out-licensing of these.

BioStock contacted Sprint Biosciences’ CEO Erik Kinnman for a comment on the past quarter and what the rest of the year looks like for the company.

Erik, it is clear from the report that you are working very actively with new collaborations, what progress has been important here during the quarter?

– The main activities have been the progress made in the further development of the internal programmes VADA and DISA. We now have both more potent and selective molecules in the programmes and the experimental results are very promising. Furthermore, discussions with potential partners are progressing and interest in the VADA and DISA programmes has been great during the BioEurope meeting in Leipzig with good follow-up meetings, as well as meetings with new potential partners.

How has the work progressed with NIMA and new programmes?

– The focus is currently on the VADA and DISA programmes. The NIMA activities are successful and progressing, but we are waiting with full allocation of resources with regards to new programmes, even though we have very interesting new programmes on the horizon, in order to fully drive the current programmes forward and towards out-licensing.

Looking ahead, what can we expect from you in the coming year?

– Full focus on delivering what is needed for out-licensing of VADA and DISA. Through the ongoing rights issue where we hope for large participation, as well as through revenues from new and existing license agreements, we create an opportunity to continue developing our programmes and add new opportunities. At the same time, we are introducing savings. This is done partly through streamlining how we use our premises, which has made it possible to rent out a significant part of these, and partly through having reduced the number of suppliers and renegotiated several agreements with suppliers.