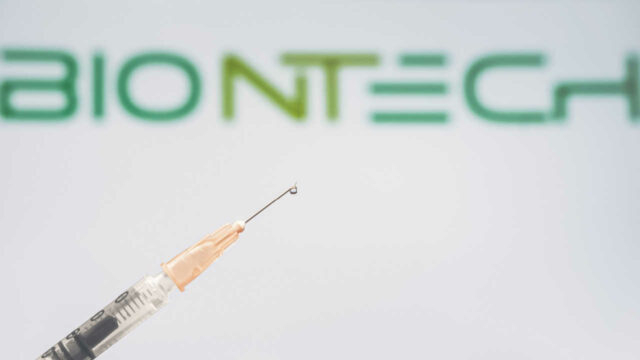 Few in the biotech world have missed the German wonder BioNTech’s success story in recent years. The success of their Covid-19 vaccine put the German development company on the map and led to a billion-dollar cash flow that few companies can match. However, the company has more strings to its bow and here BioStock looks at what to expect next.

The year was 2020 and the world was in the midst of a raging pandemic. At the time, few had heard of Mainz-based BioNTech, which specialises in mRNA-based drug development. That changed on November 9, 2020, when the company, together with partner Pfizer, announced preliminary results from the ongoing phase III study with the vaccine candidate BNT162b2. The results showed that the candidate had an efficacy of over 90 per cent on the Covid-19 virus, which caused stock markets around the world to take a leap of joy.

After rarely seen billion-dollar investments by authorities around the world, a vaccine against one of the worst pandemics in modern times had been developed in record time. After the study results were announced, it did not take long for the vaccine to be approved, a large-scale production was underway, and the money began to roll in.

Peak sales look to have been reached

For the full year of 2021, BioNTech reported revenues of almost 19 billion EUR, compared to the 482 MEUR it earned the year before. The sales success also had a major impact on the stock market, where the company’s share soared and reached 447 USD, which corresponded to a valuation of just over 108 billion USD.

Now that the company is nearing the end of its second year of vaccine sales, the cash flow is still strong. However, there are clear indications that peak sales for the covid vaccine have passed and that BioNTech is moving towards a new era – where the demand for the Covid-19 vaccine is falling. In the second quarter of 2022, sales amounted to approximately 3.4 billion EUR, which corresponds to a sales decrease of around 50 per cent compared to the previous four quarters.

The next candidate targets seasonal flu

To continue to build on the success story, new drugs will be needed that can take over the torch from BNT162b2 – and BioNTech has several interesting projects and collaborations to highlight. This applies not least to the drug candidate BNT161, which is the project, aside from BNT162b2, that has come the furthest in development. BNT161 is also a vaccine based on mRNA technology, but against seasonal flu. Here, too, BioNTech has a collaboration with Pfizer and together they are now conducting a phase III study, in which the candidate is compared to already approved influenza vaccines.

But viral infections are not the only area in which the company operates. With the help of mRNA technology, a series of candidates targeting various cancer indications are being developed. Right now, several clinical studies are ongoing, five of which are in phase II.

With regards to BNT111, BioNTech is collaborating with American Regeneron to develop a treatment for advanced melanoma. In the ongoing phase II study, BNT111 is being evaluated in combination with the antibody treatment Libtayo (cemiplimab), a PD-1 inhibitor developed by Regeneron in collaboration with French Sanofi.

In March, Regeneron and BioNTech announced that they are deepening their collaboration to also include the drug candidate BNT116, and that they intend to test the candidate’s efficacy together with Libtayo in the treatment of advanced non-small cell lung cancer (NSCLC).

Another candidate which is in the advanced clinical phase is BNT122. The candidate’s mode of action is patient-specific, coding to each patient’s tumour in order to start as potent an immune response as possible. The candidate is being developed in collaboration with American Genentech and is currently undergoing a phase II study. It is used in combination with Merck’s  blockbuster Keytruda (pembrolizumab), which, like Libtayo, inhibits the PD-1 protein.

Develops antibodies in collaboration with Genmab

However, BioNTech’s portfolio also extends beyond mRNA treatments. In 2015 a collaboration was started with Danish Genmab on the development of bispecific antibody therapies, i.e. treatments that target two different target proteins at the same time. In the project that has advanced the furthest, BNT311/GEN 1046 is being developed for the treatment of various solid tumours such as non-small cell lung cancer.

The stock has stabilised after correction

With a portfolio of 23 so far announced candidates at various stages of development, BioNTech looks to be well equipped to build on the back of the success of the Covid-19 vaccine. It also bodes well for the future that the company has strong partners and a strong cash position, which at the end of the second quarter of 2022 sat at around just over 9 billion EUR.

In 2022, BioNTech’s share has traded sideways – a stark contrast to 2021, when it soared more than 400 per cent and then corrected sharply from the peak levels. At the time of writing, the stock is trading at around 130 USD, which corresponds to a market value of about 32 billion USD.

You can read more about BioNTech here.