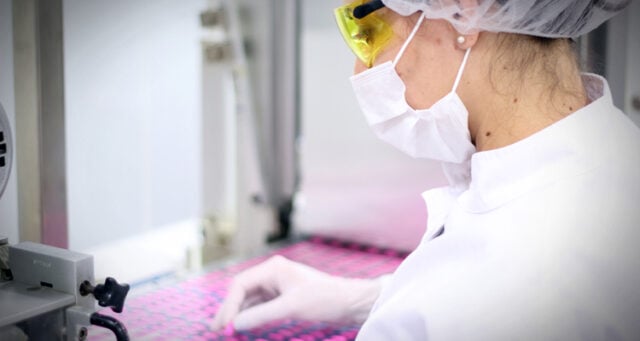 Elicera Therapeutics has been gearing up for new clinical trials with its cancer cell and gene therapy projects. As part of that journey, the company has just announced a contract manufacturing collaboration with Baylor College of Medicine for the ELC-201 oncolytic virus project. BioStock reached out to Elicera’s co-founder Di Yu to learn more about the collaboration and its significance.

Elicera Therapeutics iTANK platform is a technology platform based on gene modification designed mainly for the optimisation of CAR T-cells – a cell and gene therapy that has generated great interest within the oncology field thanks to its promising therapeutic potential.

However, the idea with iTANK is to give not only optimise CAR T therapies, but also to enhance oncolytic virus (OV) therapies, like Elicera’s ELC-201 project for the treatment of solid tumours. iTANK would give ELC-201 the ability to activate the patient’s endogenous T-cells against cancer, thus generating two modes of action. This produces a systemic and long-term immune response against cancer, and the concept is aimed at overcoming some of the shortcomings of conventional cancer immunotherapies. Read more here.

Elicera’s product portfolio consists of four drug candidates, two based on OVs (ELC-100 and ELC-201) and two based on CAR T-cell technology (ELC-301 and ELC-401). The portfolio is aimed at treating a wide range of solid tumours, like glioblastoma multiforme, as well as non-solid tumours like Non-Hodgkins B-cell lymphoma.

Agreement with Baylor College of Medicine

Regarding the ELC-201 OV project, the company is still deciding on the most clinically relevant indication, and a first analysis to determine the indication is expected to be conducted next year. In the meantime, however, Elicera has announced entering a contract manufacturing agreement with Texas-based Baylor College of Medicine (BCM), for the production of OVs to use in the upcoming clinical phase I/II-study with ELC-201.

BCM’s production of ELC-201 will be performed according to Good Manufacturing Practice (GMP), meaning that the manufacturing process conforms to the recommended guidelines set by the authorities.

Elicera’s CEO Jamal El-Mosleh commented on the new partnership in a press release:

To learn more about the significance of the collaboration with BCM and get a better understand of ELC-201, BioStock got in touch with Elicera’s co-founder Di Yu, who is also Associate Professor at Uppsala University.

Di Yu, the ELC-201 project is based on a type of gene therapy called oncolytic virus (OV). What are OVs exactly?

– Oncolytic means “can lyse (-lytic) tumor cells (Onco-)”. Oncolytic viruses are viruses that have been genetically modified to selectively infect and replicate in cancer cells, not in healthy cells. In this way, cancer cells are killed (lysed) due to viral replication (oncolysis).

How do OVs and CAR T-cells compare?

– They are two quite distinct categories of products where OVs are based on viruses while CAR T-cells of course are based on T-cells. However, both types of therapies involve the usage of viruses. With OVs, the therapeutic drug is the actual virus (Elicera is using adenoviruses), while in CAR T-cells, the actual therapeutic drug is the patient’s own T-cells that have been engineered by viral vectors so that they express the chimeric antigen receptor (CAR)-molecule that recognizes certain targets on the tumor cell.

How does the ELC-201 project differ from the ELC-100 project, both of which are OV-based?

– ELC-100 is restricted to treatment of neuroendocrine tumors and has not been armed with the iTANK-platform. ELC-201 on the other hand is applicable for treatment of most cancers and has not only been armed with the iTANK-platform but also with an additional immune stimulating factor to further sustain the immune response against cancer. More specifically, inclusion of 4-1BB signaling in ELC-201 further ensures that the immune response can be sustained long-term.

Specifically, how does iTANK enhance ELC-201?

– As an oncolytic virus, ELC-201 causes direct cancer lysis. However, thanks to the iTANK-platform we can also generate a second attack on cancer by the patient’s own killer T-cells. This is accomplished by incorporating a gene in the OV that codes for NAP (neutrophil activating protein) from H. Pylori. When NAP is activated, it starts a process that creates a proinflammatory environment that is highly immune stimulating and that ultimately activates the patient’s own killer T-cells to attack multiple targets on the tumor cells.

What does the collaboration with Baylor College of Medicine mean for Elicera?

– ELC-201 is one of our most promising drug candidates and this is the second collaboration with Baylor College of Medicine (BCM). So, they are well trusted by us. BCM will provide us with GMP-material for our upcoming clinical study and this collaboration agreement that is now in place also secures the production slot for us in Q2 2022, making sure we can reach patient studies as fast as possible.

What is the expected timeline for initiating the phase I/II trial and getting the first results?

– We expect to complete an indication analysis next year for ELC-201 to determine which type of cancer is most suitable to initiate treatment in. The clinical study could potentially be initiated in second half of 2023. First results will depend on the study design, so its difficult to elaborate on at this point in time.

Finally, as co-founder of Elicera, what is your vision for the company and are you pleased with the progress made by the company since its founding?

– Thanks to all our fantastic team members, I am delighted with the progress. My vision is that we can help patients. I always see myself as a pure researcher and co-founding Elicera is a way to bring my research from bench to the bedside, so that I can bring the therapy to patients who would otherwise not have any good treatment alternatives. As a researcher, I can only develop “theoretic drugs” in the lab, and it is thanks to Elicera and our team members that we can now make our therapies a reality. I am very eager to start the clinical trial and to know whether we can help those patients for real.