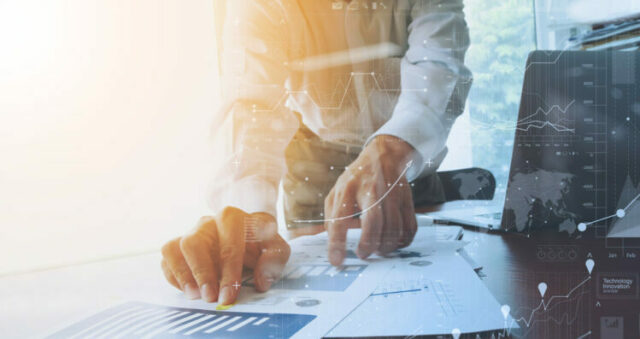 Early detection and diagnostics of cancer is one of the best tools for combating what remains one of the world’s deadliest diseases. Swedish medtech company BibbInstruments develops the EndoDrill Model X, a medical device with the potential to make a significant dent in the cancer diagnostics industry while addressing a market potentially worth close to 1 billion USD, according to the company.

Despite the advancements made in cancer therapeutics over the last decade, cancer remains one of the leading causes of death world-wide. According to data published in Our World in Data, around 10 million people die from cancer each year. One of the biggest challenges in cancer treatment is early detection and diagnostics. Many cancers become fatal because they are caught too late, and this is due, in large part, to a lack of effective diagnostics tools.

Endoscopic ultrasound (EUS) is a relatively new examination tool. It is a minimally invasive procedure to assess gastrointestinal and lung diseases. Thanks to ultrasound guidance, representative samples can be taken safely, without harming the surrounding tissue. These samples are taken with a fine needle, either through fine needle aspiration (EUS-FNA, cytological sample) or biopsy (EUS-FNB, histological sample).

EUS is the fastest growing endoscopic procedure, especially in the US. However, the failed detection rate of devices currently used in the clinic continues to be too high. The Lund-based medtech BiBBInstruments are addressing the issue with their EndoDrill Model X, the first CE-marked electric endoscopic biopsy device.  The device can provide better tumour samples thank to its sampling method based on core needle biopsy (CNB) instead of FNA or FNB.

The benefits of the shift from FNB to CNB have already been observed in breast and  prostate cancer. The method has become the gold standard in diagnosis of those indications, and it has been shown to give a more complete and accurate cancer diagnosis, leading to earlier treatment of patients afflicted by these serious cancers. The EndoDrill Model X is the first biopsy instruments that offers the same opportunity in endoscopic ultrasound-guided biopsy sampling.

Read a more in-depth overview of the company, which includes a link to a video showing how EndoDrill Model X works, here.

EndoDrill Model X’s market potential is significant, especially considering that EUS is the fastest growing endoscopic segment, and there are constantly new applications for diagnosis, staging and treatment.

According to the company, the device could be used for detecting 8 of the top 15 deadliest cancers. This includes the deadliest form of cancer, lung cancer, which is responsible for almost 2 million deaths worldwide each year. Furthermore, the company estimates that more than 1 million biopsy procedures are performed each year with EUS fine-needle instruments, constituting a global multi-million Euro market.

With those numbers in mind, BibbInstruments estimates that EndoDrill Model X has a market opportunity of 8.2 billion SEK, or close to 1 billion USD.

For now, the company is running two clinical validation studies with the Model X – EDMX01, for stomach tumours, and EDUX02, a pilot study in patients with suspected muscle invasive bladder cancer.

EDMX01, conducted at three Swedish university hospitals and including 20 patients, is aimed at validating EndoDrill Model X for stomach tumours by taking comparative samples from each patient with both EndoDrill Model X and the leading competing fine needle biopsy instrument.

Meanwhile, EDUX02 is run by a university hospital in Sweden and includes 10 patients. A follow-up effect study is already planned and reviewed by regulatory authorities provided that the pilot study goes according to plan.

A significant opportunity with EDUX02

The EUS market is dominated by some of the world’s largest medtech companies, e.g., Medtronic, Boston Scientific, Cook Medical and Olympus Medical. These are the strongest competitors to BibbInstruments when it comes to the gastrointestinal and respiratory tract EUS market.

However, BibbInstruments’ pilot clinical trial EDUX02 represents a significant opportunity within bladder cancer, the fourth most common form of cancer in men and a disease where survival rates have remained unchanged over the last thirty years.

Bladder cancer is the only endoscopic indication where tissue biopsies are not normally taken at the initial endoscopic examination, and there are currently no marketed products designed for this purpose within this indication. Muscle invasive bladder cancer would be the first non-EUS market opportunity for the EndoDrill Model X, and the device would have no competition, as things stand now. Read more about the EDUX02 trial here.

BibbInstruments believes strongly that a successful clinical program could pave the way for a possible paradigm shift for the diagnosis of muscle invasive bladder cancer.