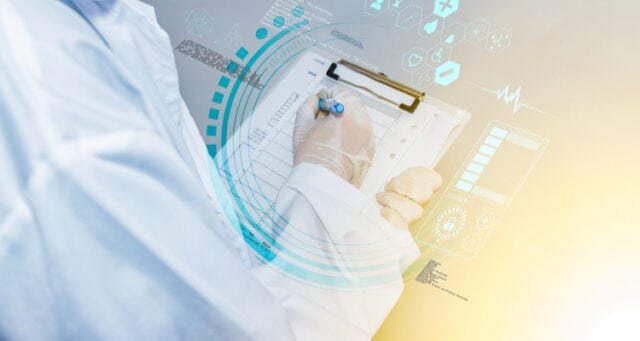 The Norwegian immuno-oncology company Ultimovacs has a broad clinical pipeline aimed at testing UV1, a universal cancer vaccine able to work in combination with other forms of immunotherapy to generate an inflammatory response that would ultimately lead to the destruction of a tumour. Read more about the company’s technology here.

Ultimovacs is testing UV1 across a broad spectrum of cancer indications, including prostate cancer, non-small cell lung cancer (NSCLC), metastatic malignant melanoma and mesothelioma, and in combination with other therapeutic classes. Besides the four phase I trials currently ongoing, the company is recruiting patients for two proof-of-concept trials and has recently announced yet two more phase II trials, one of which is in collaboration with pharma giant AstraZeneca (read more about this project here).

The currently ongoing INITIUM and NIPU phase II trials are both testing the triple combination of UV1 with checkpoint inhibitors (CPIs) ipilimumab (Yervoy) and nivolumab (Opdivo) in metastatic malignant melanoma and in mesothelioma, respectively. Both studies have been enrolling patients since June 2020, and the NIPU study, which saw its first patient dosed on 15 June 2020, is sponsored by the Oslo University Hospital. The hospital has entered into a collaboration with Ultimovacs and pharma giant Bristol-Myers Squibb (BMS), which has long been a world leading player within IO-development, to get support for the preparations and execution of the trial.

Meanwhile, the company presented the trial design for the INITIUM study through a poster at the virtual 2021 AACR Annual Meeting this past weekend. The INITUM study is a randomised, open label study enrolling 154 patients, randomly assigned to the experimental arm or the control arm. Patients in the experimental arm will receive 8 UV1 vaccinations over 4 cycles of nivolumab and ipilimumab, whereas patients in the control arm will receive 4 cycles of nivolumab and ipilimumab without UV1 vaccination.

In both arms of the trial, patients will start maintenance therapy with nivolumab after the last dose of induction therapy and will be followed until the end of the study. At the end of the trial, Progression Free Survival (PFS) will be the main outcome measured and compared between patients in the experimental arm and patients in the control arm. Secondary outcomes include the comparison of Overall Survival (OS) and Objective Response Rate (ORR) between the groups. PFS read-out is expected to be in 2022.

Checkpoint inhibitor therapy is standard of care for advanced malignant melanoma. However, there are still too many patients that do not respond well to the treatment and, according to Ultimovacs, only approximately 50 per cent reach 5-year survival. The company’s UV1 vaccine has the potential to increase the response rate further for this patient group. If the INITIUM study is successful, the combination therapy will be a significant innovation and address a large medical need.