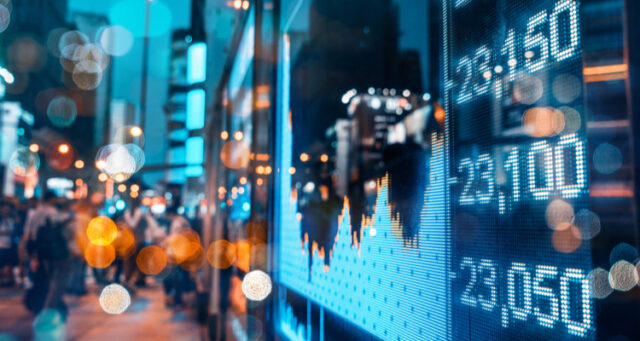 On Tuesday morning, Lund-based drug developer Respiratorius announced that it had carried out a directed share issue of 25 MSEK. The issue is intended to finance the bridging study with VAL001 that is planned in the preparatory work to take the candidate to phase III. BioStock contacted the company’s CEO Johan Drott to find out more about what this means for the company.

Respiratorius’ drug candidate VAL001 is being developed for the treatment of diffuse large-cell B-cell lymphoma (DLBCL). DLBCL is a rare and aggressive form of lymph node cancer where the standard treatment today consists of R-CHOP, a combination treatment that includes both chemotherapy and the antibody-based drug Rituxan (rituximab).

Studies have shown that VAL001 in combination with R-CHOP reduced mortality risk by 80 per cent, compared to R-CHOP alone – noteworthy results considering that mortality reductions of 20-30 per cent are considered as a clinically relevant improvement. In the light of the candidate’s solid survival data, the European Medicines Agency (EMA) has recommended Respiratorius to proceed directly to a phase III study after positive results in phase I/IIa, without first conducting a phase IIb study.

A directed share issue and initiating of bridging study

To prepare for phase III studies, Respiratorius will now conduct a pharmacokinetic (PK) bridging study, i.e. a study examining what happens to the drug in the body. The study is conducted using the newly-developed formulation of VAL001 in healthy volunteers and is scheduled to start in the second half of 2021. To finance the study, the company has carried out a share issue of 25 MSEK directed at a number of international investors.

The issue was carried out at a price of 1.88 SEK per share, which corresponded to a discount of approximately 10 per cent compared to the closing price on April 12. The share issue will dilute the number of shares and votes in the company by approximately 6.6 per cent.

BioStock has been in contact with Respiratorius CEO Johan Drottto learn more about the company’s continued investment in the VAL001 project.

First of all, what does this capital injection mean for Respiratorius?

– The injection means that we can start the PK study after the summer. Prior to starting it, approval of the study and the necessary documentation are required. Production of VAL001 is carried out in parallel to this.

You describe the pharmacokinetic study as an important milestone in ”consolidating favourable pricing of VAL001”. Can you tell us a little more about how it all fits together?

– Documentation of the PK profile is required before the start of a phase III study because we have developed a new formulation compared to the one used in phase I/IIa.

– The PK study is also an opportunity to show that the new formulation for VAL001 is advantageous, compared to the original formulation. We have had a dialogue with pharmaceutical pricing experts who support this view and tells us that pricing can then be at the same level as a brand new drug without competition from generics.

What do you hope to see in the pharmacokinetic study that you will now carry out?

– The goal is to meet the regulatory requirements for initiating a phase III study and generate robust PK data with the new formulation. This way we strengthen our case in discussions with stakeholders by building additional value in the project.