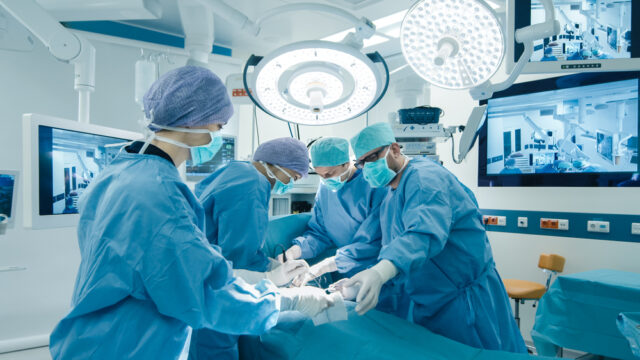 Today, Cereno Scientific announced that they have postponed the start of their phase II trial for the main compound CS1 in thrombosis prevention. For the time being, the start has been moved from mid 2020 to late 2020, but the company is open to the need for further adjustments depending on the development of the ongoing coronavirus outbreak.

During the last few weeks, we have seen several clinical trials come to a temporary halt, and for logical reasons, all healthcare resources need to be allocated to the ongoing Covid-19 pandemic. Today, it was Cereno Scientific‘s turn to announce a delay to the start of the company’s phase II trial with the lead compound CS1, aimed at evaluating its anti-thrombotic potential.

The original plan was to initiate the prospective, randomized clinical trial, in mid 2020, pending successful upscaled production of the substance by the contract manufacturer Galenica. Instead, Cereno Scientific now aim for a study start by the end of the year, but, given the uncertainty of the development of the pandemic, the company is prepared for further adjustments if needed.

The trial, which received regulatory approval from Russian and Bulgarian authorities in the fall of 2019, is planned to be conducted at about 30 sites between the two countries and include both men and women between the ages of 55 and 90 who are to undergo planned orthopaedic knee surgery. The reason being that such surgery is associated with an increased risk of thrombosis during the time following the procedure, which is why this particular patient group enables a time-efficient evaluation of the candidate’s thrombosis prevention potential compared to existing treatments.

Many of today’s well-established thrombosis treatments began their clinical development with this type of study.

Not prioritized by hospitals

As BioStock has previously reported, the Covid-19 pandemic has resulted in non-critical health care interventions being down prioritized due to the need to allocate all available resources to treating the virus and its, sometimes very serious, health effects. For Cereno Scientific, this comes into play as most elective orthopedic surgery – such as planned knee joint surgery – are currently postponed for the benefit of effective care to Covid-19 infected patients.

Moreover, as the company itself mentions in a press release, the current restrictions to freedom of movement and travel could further complicate the running of a clinical trial if it were to stay on as planned. To ensure that the trial runs smooth and efficiently, and within budget, once initiated, it is better to wait until regular hospital operations are back to normal. Hence, today´s announcement from Cereno Scientific should be considered a reasonable move.

For Cereno Scientific shareholders, it is also important to notice that the company states that, as the start date of the phase II trial is postponed, so is the need for additional funding.

Apart from the halted clinical trial with CS1, Cereno Scientific is advancing its projects. Ongoing preclinical work with CS014 and CS036 are proceeding according to plan. In addition, the company’s evaluation of epigenetic modulation for rare diseases is also coming along. If anything, the evaluation has moved into a more active phase following the Orphan Drug Designation for CS1 as a treatment for Pulmonary Arterial Hypertension, granted by the FDA earlier this month. The company emphasizes that these projects are unaffected by the coronavirus outbreak.