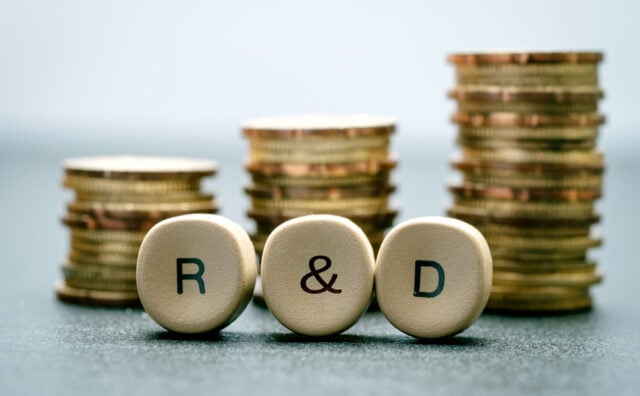 Lund-based Xintela ended last week on a positive note when the company announced that it had been granted 2 million SEK by the Swedish innovation agency Vinnova in the call for ”Innovation projects in small and medium-sized companies.” The 2 million SEK grant, which was the maximum amount available, is to be used to further develop the company’s cancer project for the treatment of aggressive cancers such as glioblastoma.

Since its foundation in 2009, the biomedical company Xintela has used its technology platform to develop treatments within regenerative medicine and cancer focusing on two main areas: cartilage damage in the form of osteoarthritis and the brain tumour glioblastoma. These are both indications with a great need for new and better treatments, and Xintela’s aim is to use its patented technology to contribute to improving the lives of countless patients.

Xintela develops stem cells for the treatment of osteoarthritis and the company has conducted preclinical studies in horses yielding positive results. Currently, the first clinical study in humans is being prepared. This will be a phase I/IIa dose study that will be carried out in Australia. Xintela has also built its own GMP facility for the production of stem cells for clinical studies.

Treatment of glioblasomta and other aggressive cancers

But it is the company’s cancer research that has now been rewarded with 2 million SEK from Vinnova. The prognosis for patients with glioblastoma is very poor and median survival time in patients receiving standard treatment (surgery, radiation and chemotherapy) is only about 15 months.

Glioblastoma cells are extremely efficient when it comes to spreading throughout the brain and often develop resistance against today’s available treatments. This in turn leads to relapses and disease progression for the patients. Thus, there is a great and urgent need for new and efficient treatments for these patients.

Last year Xintela also opened for the possibility of expanding the project to include cancers other than glioblastoma. This came after the company had made some interesting discoveries concerning the project’s potential within other cancers. In the report for Q1 2019 CEO Evy Lundgren-Åkerlund mentioned that the company had submitted a patent application regarding diagnostics and treatment of certain aggressive cancers including breast cancer, prostate cancer, pancreatic cancer and lung cancer. Read more.

Steady advancements in the cancer project

In its cancer project, Xintela is using two strategies in order to develop a cancer therapy. One is based on so-called Antibody-Drug Conjugates (ADCs), a form of targeted cancer treatment consisting of an integrin a10 antibody linked to a cell toxin. The antibody in the ADC-molecule finds and binds to the specific target integrin a10 in tumour cells and the cell toxin proceeds to kill the tumour cell.

The second strategy consists of integrin a10 antibodies themselves having an inhibitory effect on the cancer cells. The Vinnova grant concerns the ADC-project.

Last year Xintela could announce that the company had reached an important milestone within the cancer project. According to a publication in the well-regarded journal Cancers, Xintela were able to show that an ADC where a cell toxin is linked to an integrin α10β1-binding antibody has a targeting and killing effect on glioblastoma cells both in cell studies and in an animal model.

Given the significant advances made in the cancer project, Xintela has made the decision to spin the project out in the subsidiary Targinta AB. This will ensure that the project is taken forward in a focused and optimal manner and the spin out will be completed once financing has been secured.

The potential in Xintela’s cancer project has now also been noted by Vinnova, and the Swedish innovation agency has granted the project 2 million SEK, the maximum amount available in the call for ”Innovation projects in small and medium-sized companies”. To be eligible for the grant a project has be have the potential to result in new products or products that are considerably better than those available on the market today. Furthermore, the project needs to have great commercial potential.

In a comment, CEO Evy Lundgren-Åkerlund underlined the importance of having been given the grant in stiff competition:

”This is very good news for Xintela’s cancer research. Our cancer project was granted the maximum amount in competition with a large number of applications, which is a great quality stamp for the project.”

The money will be used to preclinically evaluate different ADCs in order to identify an optimal ADC-candidate for treatment of glioblastoma and other aggressive cancers and will help take Xintela’s cancer project one step closer to the patients.