Home Nyheter The applications of AI in life science 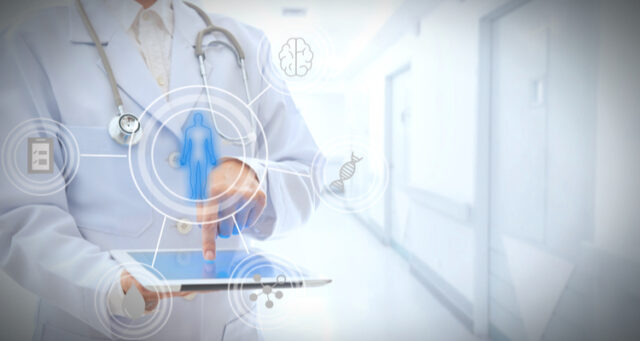 Artificial Intelligence is having a big impact on the life science sector. Diagnosing and treating patients is becoming more effective thanks to AI, and pharma companies are relying on the up-and-coming technology to speed up their drug discovery projects. In this second article in BioStock’s article series on AI, we take a closer look at the general impact of AI in life science.

In part I of this series, we gave a general overview of artificial intelligence (AI) and its subcategories: machine learning and deep learning. To recap, AI technologies, through the combination of complex algorithms implemented in computer software, enable machines to act with human-like levels of intelligence, thus giving them the ability to learn and to think like we do, in fact, better than we do.

AI has great potential in drug development and diagnostics

AI works best when it has a lot of data to work with, and, over the years, several sectors have accumulated enormous amounts of electronic data sets, including healthcare. While there are several ways AI has and will continue to revolutionize healthcare as a whole, this article will focus on AI’s potential in drug discovery, drug development and diagnostics.

The drug development field in general, which typically encompasses the drug discovery phase, as well as diagnostics, have always had a positive attitude towards new technologies, as they play a major role in helping the sector advance. AI technology is no exception as it too has received a particularly warm welcome in the pharma and medtech industries thanks to its ability to make drug development faster and more efficient and making disease diagnostics more accurate and reliable, thus improving patient outcomes. This has the potential to shave off years of work and hundreds of millions in investments. Let’s take a closer look.

As discussed in depth in our article series on drug development, delivering a new drug to market from its discovery usually takes more than 10 years and costs 2.6 BUSD on average. As the trends point to costs increasing even further, the demand for speeding things up and brining costs down has never been higher. There are plenty of signs indicating that AI could help streamline the drug development process in order to put new products on the market, so it is not surprising that many R&D labs and drug developers are betting big on AI.

The early discovery phase of drug development has particularly benefited from AI. This is when researchers have to go through enormous amounts of data in order to screen thousands of potential molecular targets related to a specific disease. These targets are then cross-referenced with thousands of chemical or biological compounds with the potential of becoming the next blockbuster treatment.

With all that information to work through, machine learning technology can play a major role in analysing the data more quickly and more efficiently to predict which compounds should be tested further.

Within the biopharma industry, start-ups in particular have been leaning on AI to speed up their drug discovery process and making it more cost-effective. Big Pharma has been paying close attention and companies like AstraZeneca, Bayer, Novo Nordisk, GSK, and Pfizer have all started collaborations with AI firms, and according to market analysts, high profile deals are to be expect to take off as they forecast the global market for AI in drug discovery to grow at an annual rate of 40.8 per cent through 2024, reaching 1.4 BUSD.

For example, respiratory disease pharma giants GSK invested 33 MGBP in an AI technology platform for small molecules discovery developed by UK-based Exscientia. This was one of the biggest deals of 2017 between big pharma and AI. In 2019, the partnership produced its first drug candidate using AI: a potential therapy for chronic obstructive pulmonary disorder (COPD).

Exscientia’s AI platform also caught the eye of cancer and inflammatory disease drug developer Celgene. Through a collaboration started in 2019, worth 25 MUSD, Celgene aims to discover three preclinical candidates for cancer and autoimmune disease within 3 years, thus cutting discovery timelines by an estimated 75 per cent, according to the firm.
Similar deals have been made since then, including one between Bayer and AI experts Cyclica in late 2018. That collaboration is aimed at expediting the design of new drugs by creating state-of-the-art predictive models for pharmacokinetic properties.

Benefits of AI in Imaging diagnostics

One of the biggest challenges in medicine is diagnosis or early detection of a disease. This is particularly the case in the field of oncology where, according to a 2016 study, diagnostic tests influence an estimated 60–70 per cent of all cancer treatment decisions but account for only 5 per cent of hospital costs in the US.

Furthermore, according a report compiled by Cancer Research UK, there are several symptoms overlapping across thousands of diseases, including non-cancerous diseases, thus creating a huge barrier for health professionals working to diagnose patients accurately and in time. The most reliable diagnostic method for most cancers is taking a biopsy – a highly invasive and, in some cases, a life-threatening procedure. Not only does the procedure often cause distress, but the following analysis of the biopsy could take time and cause delays in treatment. 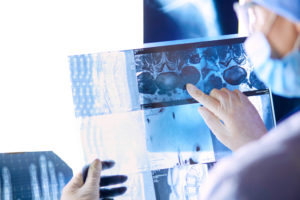 A biopsy is usually preceded by an image of the tumour through magnetic resonance imaging (MRI), computed topography (CT) scan, or ultrasound. The image typically identifies an abnormal mass and the physician can then categorize it as a tumour; however, in most cases, the biopsy is necessary to further characterize the tumour revealing the type of tumour and its severity.

Thanks to AI platforms able to process and analyse stockpiles of digital images saved as data over the years, the output generated by these platforms has helped boost diagnostic power significantly. As machines learn from the existing data, they are able to make connections between details of each new image and corresponding diagnosis given to the respective patients. These connections translate to accurate diagnostic predictions in new patients, often eliminating the need for biopsies, thus giving doctors more confidence in their diagnoses and patients more peace of mind.

AI-powered capabilities, including data integration and interpretation, pattern recognition and evolutionary modelling, are essential for gathering and analysing the growing masses of data that fuel modern therapy development.
In particular, AI technologies make possible innovations that are fundamental for transforming clinical trials, such as speeding up patient recruitment through intelligent selection of new patients based on data points such as symptoms or biomarkers. This, in turn, ensures more accurate trial results followed by a smoother and quicker path towards market approval.

Big companies like IBM are pioneering machine learning technology for the purpose of getting cancer patients the drug best suited for each individual. Their platform combines state-of-the-art tumour sequencing with powerful cancer data analysis, and it can quickly uncover highly personalized cancer treatment options—including options that previously may have remained unidentified. This type of technology is expected to greatly impact not only patient recruitment for clinical trials, but also have major implications within the field of precision medicine where physicians would be able to give each individual patient a personalized treatment regimen more likely to be effective.

In late 2016, together with Quest Diagnostics, a subsidiary of IBM called Watson Health launched IBM Watson Genomics, which uses machine learning to make cancer identification more precise and subsequently predicting the best treatment for patients. And in 2017, the tech giant promised to invest 240 MUSD to open a research lab dedicated solely to studying AI technology in several healthcare applications in a partnership with MIT.

The US is expected to be at the forefront of these investments, but the EU is not planning on being far behind. The European Commission’s Horizon Europe research program, budgeted at 100 BEUR, is aimed at spurring innovation and research collaborations not only throughout Europe but around the world, across a wide range of disciplines. The 7-year (2021-2027) program will allocate about 10 per cent of the funds towards research and innovation in the healthcare sector, with a special focus on AI in health innovation.

Overall, these developments give a sense that AI is definitely here to stay, and for good reason. Healthcare professionals, and by extension, patients, have greatly benefitted from machine learning and deep learning already, and are expected to do so to an even larger extent in the years to come.
In the next article, we’ll take a look at how the Swedish life science landscape is benefiting from AI-based innovation and how Nordic bio and medtech companies are integrating AI within their projects.

Find parts I and III of this article series here:
What is AI? 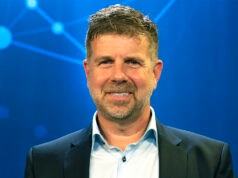 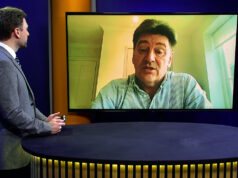