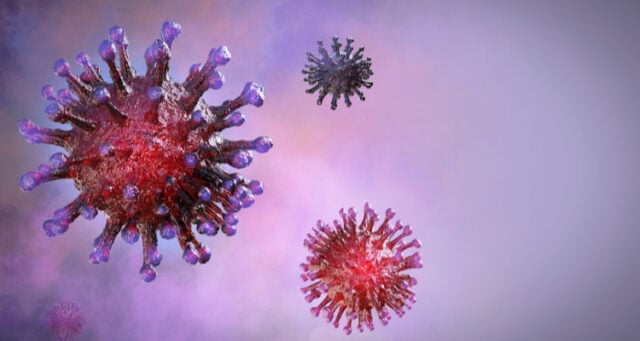 The current coronavirus outbreak has sucked out all the air from the news flow since its inception in China at the end of 2019. The spread of the virus has generated panic in several countries across the globe, prompting schools and shops to shut down, thus creating the risk for an abrupt economic downturn. The rising global tensions have led to both private and public initiatives to stop the virus from spreading and to find a cure. BioStock takes a look at some of these initiatives and the likelihood that they will succeed.
COVID-19. That is the official name given to the disease quickly spreading across the globe. It stands for Coronavirus Disease 2019, and it is caused by a virus called Severe Acute Respiratory Syndrome CoronaVirus 2 (SARS-CoV-2), which is part of a large family of viruses called coronavirus because of the crown-like spikes that give them their shape.
The coronavirus family includes SARS-CoV (Severe Acute Respiratory Syndrome-Coronavirus), which originated in China in 2002, and MERS-CoV (Middle East Respiratory Syndrome-Coronavirus), which had its origins in 2012, in the Middle East, as the name suggests. Both of these viruses led to global outbreaks and caused symptoms similar to those experience by people infected with this new strain of coronavirus.

The first reports of the new coronavirus came from Wuhan, China at the end of 2019, and has since then spread to over 100 countries and infected almost 120,000 people at the time of this publication, and that number isn’t showing signs of slowing down. The syndrome is often compared to the flu, as the symptoms are similar – coughing, fever, and shortness of breath. However, so far it has been more deadly, with a fatality rate of 3.4 per cent according to the WHO – compared to less than 1 per cent of those infected by influenza.
Despite the big difference compared to the flu, the lethality rate is still considered relatively low, especially when compared to the prior outbreaks of similar coronaviruses like SARS and MERS, which had lethality rates of 10 per cent and 35 per cent, respectively. The high rates prompted an immediate and strict response by government officials to make sure the spread of those viruses was contained as quickly as possible. That helped limit the number of deaths to about 1,500 between the two diseases.

So far, three months into the outbreak, COVID-19 has caused 4,300 deaths despite its relatively low mortality rate. This is more than twice that of SARS and MERS combined. The reason is that COVID-19 is extremely contagious, but it has generally been taken less seriously because so many people infected with the new virus present very mild symptoms, if any at all. However, this also means the disease is more difficult to trace, and thus harder to contain.
The outbreak presents a huge challenge to governments around the world who seem unprepared to deal with what has become a global crisis.

With little data available, there are still many unknowns about the virus, and thus no sure way of treating it. Unknowns lead to panic among the people, which, in turn, leads to a sharp drop in economic activity as shops shut down and travel decreases sharply.

Major stock markets have been stumbling over the last few weeks as economic outlooks across the globe point downward. Investors have abandoned stocks for government bonds, pushing the yield on the US 10-year government bond far below one per cent to levels not seen since 1945. On Monday, March 9, the yield fell to a new all-time low of 0,318 percent. When demand and prices for bonds go up, yields fall.
At the same time stock markets have recorded their biggest declines since the financial crisis in 2008. Many global companies have released profit warnings due to the virus spread: Apple, Microsoft, Mastercard, United Airlines, just to mention a few.
The plunge in stock prices is exacerbated by the fact that the number of coronavirus cases in the US has jumped from just over 200 to more than 1000 in less than a week, bringing the largest economy in the world closer to panic mode.

The race for a cure is on

The potential for a perfect storm is upon us. Billionaire and Microsoft co-founder Bill Gates thinks so himself, as he recently referred to the virus as the “once-in-a-century pathogen we’ve been worried about” in an article published in the New England Journal of Medicine.
Some philanthropists like Bill Gates are responding to the epidemic (officially declared a pandemic by the WHO on March 11, 2020) by investing heavily to find treatments for the new strain of coronavirus. 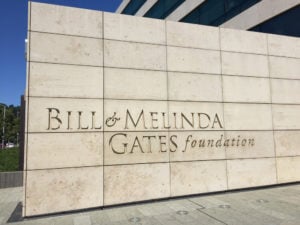 The Bill and Melinda Gates Foundation has already poured 100 MUSD into the cause. Most recently, and more specifically, the foundation has paid for thousands of antiviral therapeutic molecules to be shipped from the Scripps Research Institute to Gasthuisberg Hospital, a leading laboratory in Belgium, and screened as a potential cure.
Professor Johan Neyts of the virology lab at the Leuven university Rega Institute will carry out the study, and results are expected one or two weeks after the samples arrive.

As more and more cases are confirmed each day, research scientists around the world are crunching the limited data available to try to find a treatment or a vaccine for the coronavirus. One example comes from a group of scientists in Germany who believe that a drug called camostat mesylate could help treat the disease. Results from a study approved for publication in Cell indicate that camostat mesylate blocks proteins that are present in SARS-CoV – the virus that caused a global outbreak in 2003 – and those proteins are also found in SARS-CoV-2 – the new coronavirus.

Pharma wants in on the action

Biotech companies have also stepped up their efforts to try to halt the spread of the virus. Most recently, Swiss pharma giant Roche received the approval for its anti-inflammatory drug Actemra from the Chinese government. Meanwhile, GSK has announced a collaboration with Chinese biotech company Clover Biopharmaceuticals to work on a potential vaccine candidate.
Gilead Sciences, which focuses its work primarily on developing antiviral drugs, may already have a treatment for COVID-19 already in its possession. 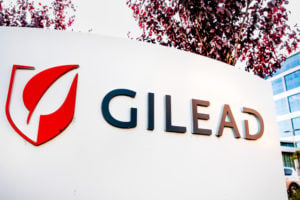 They have developed a drug called remdesivir, which was originally aimed at treating Ebola patients, and preclinical trials have shown promising results indicating that it could be effective against the new coronavirus. The drug is now in clinical trials with COVID-19 patients and results are expected by April.
Meanwhile, here in the Nordic region, Danish biotech ExpreS2ion Biotechnologies recently announced it was part of a consortium of viral research and clinical vaccine experts that has received a Horizon 2020 grant worth 28 MSEK toward the development of a vaccine against the new coronavirus.
Other studies are currently ongoing to test previously approved anti-viral drugs are in the hopes of finding a treatment for COVID-19. Read the list here.

The case for optimism

As the world watches this new pandemic wreak havoc, still lots of questions and doubts about the coronavirus remain. For now, drastic measures continue to be taken in order to contain the spread of COVID-19, but, as the frantic quest for finding pharmaceutical solutions goes into full swing, and as we wait patiently in the meantime, it is important to try to look past the rising number of cases, and keep in mind that more than half of these have already fully recovered and are in good health. 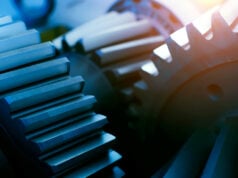