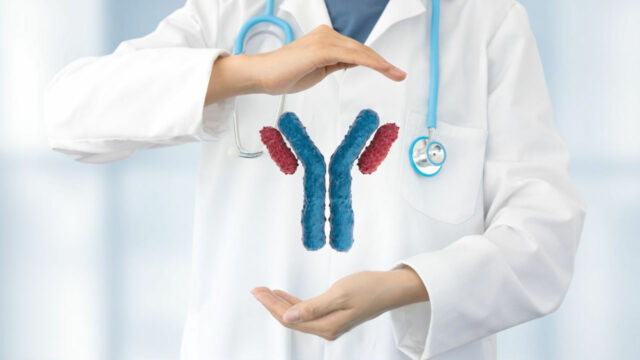 In October, Lipum carried out a directed share issue of approximately 39 MSEK to finance the recently initiated phase I study with SOL-116. The share issue was fully subscribed and attracted both existing and new investors. Professor Torgny Stigbrand is one of the new owners who has chosen to invest in Lipum with a pronounced long-term interest in the company. BioStock had a chat with Stigbrand about his background and expertise in monoclonal antibodies and his thoughts on investing in Lipum.

Umeå-based Lipum is a biopharmaceutical company developing a biological drug for the treatment of chronic inflammatory diseases. The company’s drug candidate SOL-116 is a humanized antibody that blocks Bile Salt-Stimulated Lipase (BSSL), a previously overlooked target molecule in the immune system.

During the autumn, Lipum started a phase I clinical study with SOL-116 in the Netherlands. A first dose group of eight healthy volunteers received their dose. The study will also include a group of rheumatoid arthritis (RA) patients.

To finance the phase I study with SOL-116, as well as extended preclinical studies, Lipum carried out a directed share issue of approximately 39 MSEK in October before the deduction of transaction costs. Lipum’s CEO, Einar Pontén, commented on the share issue in a press release:

»We have successfully developed the biological drug candidate SOL-116, which is a fully humanized therapeutical antibody, and we now stand ready to exploit it through clinical as well as pre-clinical studies. Therefore, it is very important that we have now been able to secure further financing from committed and knowledgeable owners«

Investors participating in the share issue were mainly Flerie Invest, who committed to subscribe for shares corresponding to approximately 25 MSEK, as well as other existing and new investors with pronounced long-term interests in the company, including Lars Stenlund and Torgny Stigbrand.

The new shareholder Torgny Stigbrand is a researcher and professor emeritus at the Department of Clinical Microbiology, Umeå University. He is also co-founder, together with Niklas Norgren, of UmanDiagnostics which develops and markets a diagnostic tool for the detection of neurological diseases such as Multiple Sclerosis, ALS and Alzheimer’s disease. The company was acquired in 2019 by the large American company Quanterix for USD 22.5 million.

BioStock contacted Torgny Stigbrand to get to know more about his background and his investment in Lipum.

First of all, could you tell us briefly about your professional background?

– I started studying medicine in the 60s in Gothenburg and then I moved to Umeå where I continued to study medicine. I was always interested in research and wanted to devote myself to it. I defended my PhD thesis in medical chemistry in 1971 and soon after also became a licensed physician.

– Then I had the opportunity to do a postdoc in the US to learn about monoclonal antibodies, which was then something completely new. I was one of the first in Sweden to learn how to produce them. I spent a year in La Jolla where they were pioneers in the field. Since then, I have continued to work with monoclonal antibodies – a technology that today has many valuable applications.

»Then I had the opportunity to do a postdoc in the US to learn about monoclonal antibodies, which was then something completely new. I was one of the first in Sweden to learn how to produce them […] Monoclonal antibodies have given rise to fantastic tools«

What are monoclonal antibodies and what is it used for today?

– Monoclonal antibodies are identical antibodies with only one type of specificity, meaning they only bind to a specific part of an antigen. High specificity can be achieved with these antibodies.

– Monoclonal antibodies have given rise to fantastic tools. The technology is used in drugs where the antibodies are injected into the patient and seek out the target molecule, which can be tumors, viruses, bacteria, or inflammatory processes. Monoclonal antibodies are also used in antibody purification, immunohistochemistry and the development of diagnostic tests for biological substances with high specificity and sensitivity.

– I have mainly conducted research in immunology and radioimmunotherapy and have also supervised many doctoral students in the field.

You also co-founded the Umeå-based diagnostics company UmanDiagnostics, which was sold to Quanterix in 2019. Could you tell us a little more about that?

– One of the doctoral students, Niklas Norgren, defended his thesis on antibodies directed to nerve cell proteins. It was one protein in particular – Neurofilament light (NFL) – that caught our interest. NFL is found inside the axons and leaks out if there is damage to the nerves.

– We developed monoclonal antibodies against NFL and a so-called ELISA assay that allowed us to measure elevated levels of NFL in cerebrospinal fluid and thus detect nerve damage. UmanDiagnostic was founded and we sold the test kit to researchers and large international pharmaceutical companies. UmanDiagnostics was acquired by Quanterix, which took over the rights to the antibodies. Not all biotech companies manage to do an exit, but we did!

– We made it a requirement when we sold the company that they would not move the business from Umeå in the next few years. UmanDiagnostics is still in Umeå today and is running well with about 10 employees. UmanDiagnostics has further developed the technology and has recently also launched a sensitive test that can measure the level of NFL in blood to detect neurological diseases such as MS, ALS or other neurodegenerative diseases.

Lipum is also based on research at Umeå University. How did you get in touch with the company?

– Olle Hernell, one of the founders of Lipum, was also at the Department of Medical Chemistry at Umeå University. We have known each other for many years, and I have followed his studies and work. He is of course very happy that his research has led to the founding of Lipum, which today is in the clinical phase and listed on the stock exchange.

– I also know Einar Pontén, CEO of Lipum, who also has a background from Umeå University, where he did his PhD in analytical chemistry.

– Lipum has also consulted me on several occasions in the development of the company’s antibody.

What strengths do you see in Lipum’s SOL-116 antibody?

– SOL-116 is professionally developed and is based on many years of research. Something that is also very important is that the antibody is fully humanised, meaning that it resembles a human antibody and thus should not create an immune reaction in humans.

»SOL-116 is professionally developed and is based on many years of research. Something that is also very important is that the antibody is fully humanised«

You came in as a shareholder in Lipum via the directed share issue that was carried out in October. Why did you choose to invest in Lipum?

– Although I have not been directly involved in the discovery itself, I think it is fun to be able to support Lipum’s development of SOL-116. I am happy to support prominent biotechnology research here in Umeå. And as mentioned, I know Lipum’s co-founder Olle Hernell personally.

– It seems to me that Lipum has developed a completely new treatment principle for inflammatory diseases by blocking bile salt-stimulated lipase (BSSL). This is an enzyme that is otherwise known to break down triglycerides into glycerol and free fatty acids. Lipum has understood that BSSL also stimulates inflammatory reactions and that you can prevent inflammation by blocking the enzyme with an antibody. This has been demonstrated in very fine studies in mice with arthritis where they have succeeded in stopping the inflammatory process with the help of injections of the BSSL antibody.

– Lipum has shown pictures from animal studies that for me are very convincing. I believe in Lipum’s idea and have therefore chosen to invest in the company.

»Lipum has shown pictures from animal studies that for me are very convincing. I believe in Lipum’s idea and have therefore chosen to invest in the company […] The next studies will investigate whether the treatment can get rid of rheumatoid arthritis disease or alleviate the symptoms.«

What is the next step in the development of SOL-116?

– What is most important is to show that the treatment also works in humans. Lipums has initiated a safety study, a so-called phase I study, where the primary goal is to investigate if there are any side effects, which is not expected because other humanized antibodies do not cause any significant side effects. In addition, Lipum’s antibody has not shown any side effects in laboratory animals.

– The next studies will investigate whether the treatment can get rid of rheumatoid arthritis disease or alleviate the symptoms.

– I follow with interest the development in Lipum and will be on hand if they have any questions about monoclonal antibodies, which is my area of expertise.