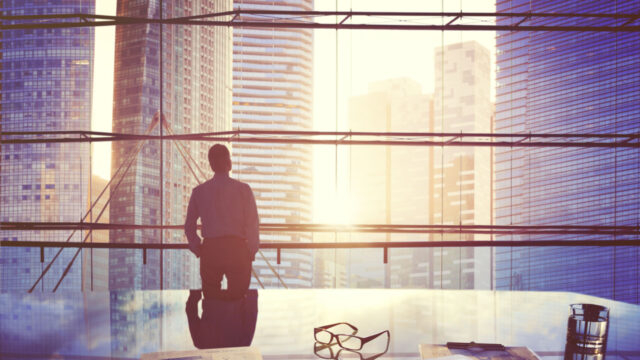 Biotechnology company Aptahem’s report for the third quarter of 2022 focuses on the progress made on the way to the major milestone, the first studies in humans with sepsis candidate Apta-1. The company keeps to its time frames and also reduces operating expenses compared to the same period last year. Aptahem has now also decided to carry out a rights issue of 25.2 million SEK before issue costs. CEO Mikael Lindstam gives a brief first comment to BioStock.

Malmö-based Aptahem was founded in 2014 and got listed the following year. The basic findings on which the company’s primary drug candidate Apta-1 is built, have subsequently been expanded with a deeper understanding of the mechanism of action. The candidate’s profile proved to be well suited for the potential treatment of sepsis, a target indication that the company has therefore focused on entirely in recent years.

The extensive preclinical programme is now completed, and a new chapter will be written in the company’s history as Apta-1 approaches the first clinical studies.

A new emergency treatment for sepsis

The goal is to position Apta-1 as a new emergency treatment for sepsis and the life-threatening conditions that can occur when simple or complicated everyday infections reach the bloodstream.  According to a study published in 2020 in The Lancet, based on The Global Burden of Diseases, Injuries and Risk Factors Study (GBD) 2017, as well as medical records from 1990 – 2017, the global burden of sepsis can be as extensive as 50 million people falling ill annually. Of these, 11 million die, making the condition one of the most serious disease-related causes of death in the world.

Aptahem’s preclinical programme, where Apta-1 has been compared with several market-leading anti-inflammatory and anticoagulant and anti-thrombotic drugs, indicates that Apta-1 has the potential for several desirable effects that are suitable for the treatment of sepsis. Among these, a reduced risk of blood clotting and a slowing down of the body’s uncontrolled inflammatory response stand out. The company has also seen indications that Apta-1 could repair or inhibit tissue breakdown and modulate the body’s own immune response, without side effects.

Clinical phase and preparations for commercialisation

Strengthened by these data, the start of Aptahem’s clinical phase I studies is up next. These will be conducted under the leadership of the company’s partner, the clinical contract research organisation The Centre for Human Drug Research (CHDR) in the Netherlands.

The phase I study will be divided into two parts, a and b. The purpose of the first part is to evaluate the safety and tolerability of Apta-1, which is the normal and of the authorities’ requirements for a first test in humans. The purpose of the second part (b) is to evaluate the effect of Apta-1 on the symptoms (i.e. systemic inflammation) of healthy volunteers who have been injected with LPS, the bacterial toxin lipopolysaccharide. This is a so-called provocation study with the goal of getting an early indication of Apta-1’s potential and risk minimising before phase II studies that will be performed in patients.

Whilst initiating the clinical studies, the company management can simultaneously intensify its partnering discussions and plan for the commercialisation phase.

On September 19, the company applied to the authorities in the Netherlands to start a phase I clinical trial with Apta-1 in healthy volunteers. The authority has 60 days to give a response, which means that an answer is expected soon.

At the beginning of this week, Aptahem released its Q3 report, and yesterday the company announced that it intends to carry out a rights issue between 18 Nov – 2 Dec, amounting to a total of 25.2 million SEK before issue costs.

BioStock reached out to Aptahem’s CEO Mikael Lindstam for a brief introductory comment regarding the rights issue, with the aim of conducting a more extensive interview before the end of the share issue period.

Mikael, what is the most important thing to note in the Q3 report?

– Something I think you should note is that we lowered our burn-rate during the quarter compared to the end of the second quarter, which shows that we are driving the company forward in an efficient and purposeful way. This despite extensive increases costs on services, generally increased fees for manufacturing, etc. that we depend on. Here, our negotiating skills came in handy, and the result showed itself in the reduced operating capital consumption.

– Above all, it is important to highlight all the progress that the company has made and will have to make, which I would say is the absolute primary now in the stage we are in.

– As you stated, we expect a decision from the authorities shortly to start our first clinical study where Apta-1 will be studied regarding safety and tolerability in a so-called First-in-Human (FiH) study in healthy volunteers.

– As soon as we have got this approval, our partner CHDR can prepare to recruit healthy volunteers for the study. These volunteers who sign up to participate will be interviewed and surveyed to see who meets the criteria for inclusion. The study is planned to start according to our schedule, that is, during the current quarter.

– We will also carry out a so-called Site Initiation Visit, which means that we will visit the clinic at CHDR where the study will be conducted to ensure that all preparations have been carried out correctly and that everything is in place before the start of the study.

– As I stated in the Q3 report, I remain convinced that through our unique, multi-active candidate, we could potentially achieve what no one has succeeded in so far – to reduce mortality and counteract the effects that can cause lasting harm from conditions such as sepsis.

Finally, yesterday, 9 November, you announced that Aptahem intend to carry out a rights issue. Can you give BioStock’s readers a brief comment on the timing of this fundraising?

– The timing of carrying out this rights issue right now is absolutely necessary. As mentioned before, we have a solid preclinical package with, in our opinion, convincing data and to have the opportunity to execute on these data in healthy volunteers in the upcoming clinical phase I studies. We have concluded that we need to replenish the cash position to be able to complete these studies in the best way.

– Just as the world events and factors have affected us all in different ways, Aptahem has also been confronted with a weak Swedish exchange rate and substantial cost increases on the services and goods on which we depend. One should also remember that our previous share issue and subsequent option redemption did not meet the capitalisation requirement we sought to achieve full operational efficiency. As said before, we expect to be able to start the study before the end of the year. With the share issue, we can safely initiate and complete the phase Ia study in healthy volunteers and conduct a phase Ib study as an early proof-of-concept. In addition, it gives us the opportunity to initiate preparations for a phase II study in patients and secure the other operational robustness of the company.