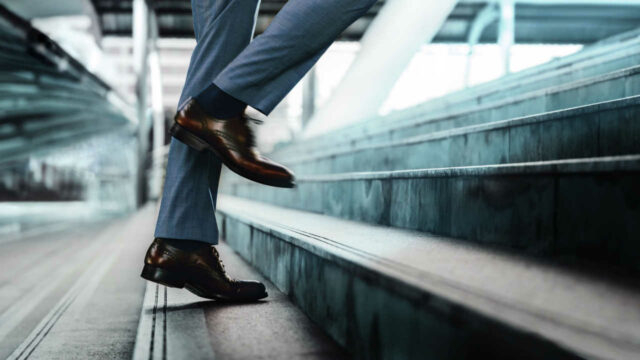 Things are heating up for the development company Respiratorius and its drug candidate VAL001. Step by step, a potential partnering deal is getting closer and expectations are in the air. These expectations can also be felt when the company publishes its Q3 report for the fiscal year 2022/2023. BioStock contacted CEO Johan Drott to find out more.

Respiratorius’ development project with the drug candidate VAL001 targets the treatment of diffuse large B-cell lymphoma. VAL001 is intended as a pretreatment to today’s standard treatment of the disease – R-CHOP. The company has been able to present promising efficacy results and in the past year focus has been on developing a distinct product that is specifically intended for the intended area of use.

The most important activity towards this has been the development of a new formulation that will make it easier for the patient to administer the drug. During the past quarter, Respiratorius was able to announce positive results from the pharmacokinetics study conducted during the spring and summer. The study showed that the subjects achieved expected concentrations of active substance in the blood. Work is now continuing to further analyse the study results.

In addition to the pharmacokinetic study, work is also underway to compile as attractive a package as possible for a potential partner. There, of course, the strong efficacy data that the candidate has previously shown is the most important component. Another important aspect that the company worked on during the autumn is the potential pricing of the drug. An analysis is currently underway to determine which price levels may be relevant for VAL001 on different markets.

Another important part of the development package is the protection of VAL001 in its new formulation. In connection with the results of the pharmacokinetics study, Respiratorius announced that it had received a so-called Notice of Allowance from the Japanese Patent Office regarding the new formulation of VAL001. Japan is the first country to approve the patent application for VAL001 in the new version and the patent means that Respiratorius enjoys market exclusivity in the country until 2036.

Judging by the Q3 report, more countries will follow Japan’s example. The company states that it has come a long way in the patent review process in several countries and that it looks forward to further approvals in the future.

Slightly increased costs during the quarter

Looking at the financial part of the report, the result for the second quarter of the fiscal year 2022/2023 amounted to approximately -6.8 MSEK, which can be compared with -2.2 MSEK for the corresponding period last year. Cash at the end of the period amounted to just over 12 MSEK.

In a concluding comment in the CEO statement, Johan Drott addresses the question that all shareholders are probably asking themselves right now: when will there be a signed agreement? At present, he has no clear answer to that question but points out that the company is working “intensively and with a high level of ambition to reach a favourable agreement as soon as possible”. BioStock contacted Drott to find out more.

– To press release a successful PK study and to then, in the same press release, be able to announce that the first country approved the patent is for those who do not know it, a bit like doing “a Japanese” (Swedish saying) in handball.

– I assume that the good clinical results for VAL001 are what sparks the most interest, but of course both the new formulation and the patent protection are important to ensure the value of VAL001.

– However, it is a bit difficult to say whether the interest is greater than before, thanks to the recent milestones. I think we have attracted genuine interest which I hope can lead to concrete proposals that are worth considering.

What activities will be important in the future while you are looking for a partner?

– Right now, we are working on completing the analysis of all collected data and documentation of the pharmacokinetic study, which according to the current plan, is the final development work for VAL001 within Respiratorius.

– In parallel with this, our partner conducts initial discussions with potential companies at conferences and fairs. Once the discussion has passed the non-confidential stage, after signing the non-disclosure agreement, the data room opens and there is room for questions before the purely commercial discussions can begin. In conclusion, we are heading into busy days.