Home Interviews Annexin updates in conjunction with the Q3 report 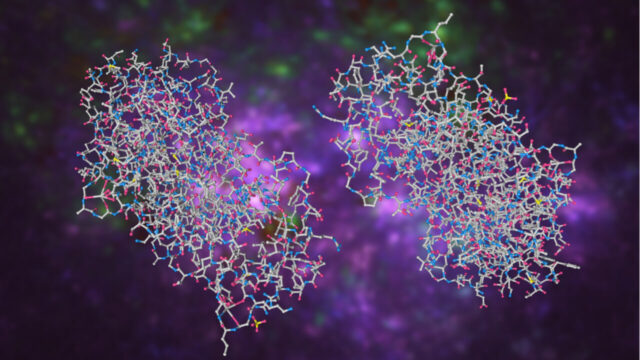 In Annexin Pharmaceuticals’ third quarter report, focus is on the intensive work with the study within retinal vein occlusion, business development and continued investigation of expansion into other therapeutic areas. Going forward, the company will update on which additional area it intends to invest in with the candidate ANXV. BioStock reached out to CEO Anders Haegerstrand for a comment.

Stockholm-based  Annexin Pharmaceuticals develops the candidate ANXV, a recombinant (biosynthetic) human protein that is almost completely identical to the naturally occurring anti-inflammatory protein Annexin A5. ANXV is primarily being developed as a first-in-class treatment for retinal vein occlusion (RVO) – a vascular disease that 16 million patients currently have worldwide, and which leads to vision loss and often blindness in the affected eye. Annexin has also identified other possibilities for ANXV, which opens many doors – not least in the large cancer area.

In the CEO letter of the latest interim report, Anders Haegerstrand states that the company has been having full focus on the phase II study within RVO in the US. Haegerstrand highlights that it has meant challenges in terms of the inclusion of the first patient to the study, which can be derived from low patient flows, and current inertia with study initiations within the industry on the American continent.

A few days after the release of the report, however, the company was able to announce that it had reached the milestone of the first dosed patient in the study. Annexin expects to, as previously communicated, release the first safety data during the remaining part of the year as well as effect data during H1 2023.

In parallel with the ongoing RVO study focus, the company has continued to develop the possibilities for potential partnership and/or license deals. Annexin’s business strategy within RVO consists of developing ANXV to at least phase II. Once phase II results are in, the company will either enter partnerships or continue the development independently.

An important part of this business development work is to attend congresses and hold dialogues with potential partners, which is exactly what Annexin has done. In October, the company attended the important Bio Japan congress as well as another congress in the US. This work will continue during the remainder of 2022 through participation in the Opthalmology Innovation Summits in Israel and in San Diego in the USA. At the latter, a presentation will also be held – another important activity to make the project visible to potential licensees or partners.

Finally, Haegerstrand’s CEO letter touches on the broad potential of ANXV. Thanks to its anti-inflammatory properties, there are opportunities for the company to develop the candidate in indications such as heart attack, peripheral occlusive arterial disease or diabetes-induced vision problems. Read more here.

Not least, however, ANXV has been shown to have potential in cancer, where the candidate has been shown to have a unique mechanism of action. Annexin approached the cancer area earlier this year by licensing the rights to use the candidate in this indication. All in all, there is thus potential within several major indications.
The fact that Annexin soon will decide which path the company should take, becomes clear when Haegerstrand concludes by stating that the company will provide information on which additional indication/indications to concentrate on.

BioStock contacted CEO Anders Haegerstrand, who provided an update based on the report.

Anders, you recently attended congresses in both Japan and the USA – what did you take away from there?

– Business development takes place in several stages and we are approaching an exciting period now that phase II data is on its way. Most of the people that we meet see the potential of ANXV and agree that it could mean a big change in the treatment of RVO. Finding a partner working exclusively in the Japanese market is an exciting opportunity and the reception there was positive.

Several indications have been mentioned within the potential of ANXV, and you intend to determine which additional indication/s to focus ANXV on. Are there any specific diseases you are considering a little more?

– We are in a favourable situation since independent researchers continue to present strong preclinical data in diseases as diverse as cancer, sickle cell anaemia and inflammatory bowel disease. We are considering all of these and we continue to anchor the plans with leading clinical experts; we want to make realistic market assessments before we decide. Ideally, we also want to have a clear financing plan and in today’s climate that is an ambition that requires preparation and hard work.

Speaking of funding, Annexin is financed until the end of the second quarter of 2023. What does the financial planning look like for the coming year?

– As can be seen from our Q3 report, our cash is sufficient beyond the second quarter of 2023. Then we expect to have interesting data from the RVO study. Strengthening our cash register can take place through collaboration agreements or new rights issues.