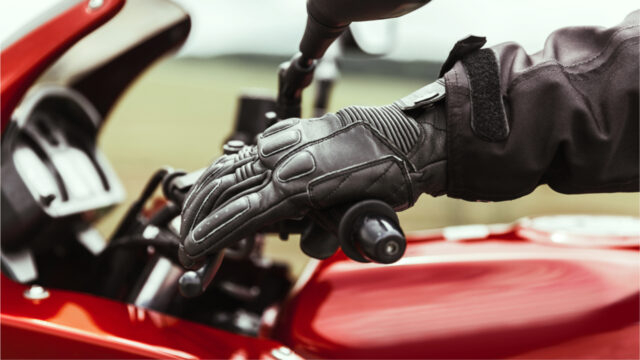 Medtech company Chordate Medical has announced two new agreements for the market introduction of the company’s migraine treatment in Germany and Israel. These are further signs that the global market establishment of the treatment is initiated, which CEO Anders Weilandt tells more about in an interview with BioStock.

Chordate Medical’s treatment method, Kinetic Oscillation Stimulation (K.O.S), uses vibrations to stimulate the nerves in the nasal mucosa, which is expected to provide a preventive treatment effect in chronic migraine. The treatment method is an alternative to medication that is often associated with a variety of side effects.

During the year, Chordate has seen an increased interest in the treatment followed by the listing on Nasdaq First North and the company’s marketing activities.

Market introduction in Germany and Israel

K.O.S is also used for the treatment of chronic nasal congestion (rhinitis), but nowadays Chordate focuses primarily on the migraine area in their marketing work. This was further proven last week when the company entered into two new agreements for the migraine treatment.

On August 22, Chordate announced an agreement with Pharmore PSR for the introduction of the migraine treatment on the Israeli market. Pharmore PSR has extensive experience in the neurology market in Israel and was founded by the key people from Chordate’s former distributor in Israel, making them a natural contracting party.

Later in the week, they announced a similar agreement with MTIGER in Munich to introduce the company’s migraine treatment to the German market. The agreement initially runs over one year and applies to the introduction of K.O.S.to leading neurologists in Germany in both private and public healthcare, as well as evaluation of the possibilities forreimbursement.

Instead of relying on distributors, Chordate has chosen to deepen its marketing work in the UK, Germany and Israelwith the help of market experts. The aim is to identify an optimal path for introduction and market positioning, which is expected to generate results faster. In the UK, Futures.Health LTD is responsible for the introduction of themigraine treatment.

In addition to the ongoing launches, it is also worth mentioning the company’s collaboration with RQM+ to obtain market approval in the US.

Something that is expected to support the approval process in the US, as well as the sales work in other markets, isthe upcoming results from the recently completed migraine study PM007. The study included a total of 132 patients with chronic migraine at clinics in Germany and Finland, of which 97 of the patients were recruited at the German clinics.

Subgroup results from the German patient group will be presented on September 8-11 at the Migraine Trust International Symposium 2022 in London. Expectations about the upcoming presentation of study results and the company’s recent progress have been noted in the market – Chordate shares have risen by 42 per cent over the past month.

Chordate’s CEO tells us more about the strategy

BioStock had a chat with Chordate Medical’s CEO Anders Weilandt regarding the establishment of K.O.S on the market.

Nowadays, you seem to have a different approach in your market introductions where you involve consultants in market access, instead of distributors. What are the advantages of this business model?

– The main thing is that these experts work directly on our behalf – under our management. It provides closer collaboration and faster and deeper penetration of the market and important networks. Moreover, this is a much more cost-effective way to reach out to the market.

You have now added Germany as one of your focus markets. How do you view the market potential in Germany?

– The market is of course very large, and well developed in migraine. At the same time, the German market is both complex and fragmented. In other words, marketing is difficult, but success would be significant.

– The network that has been built up in the work with the migraine study has contributed to the decision to introduce the treatment to the German market and is also expected to benefit the possible market penetration.

»We stick to our strategy that proof-of-concept in selected markets is much more important than low market penetration in many markets.«

Is it still your plan to prove the potential of migraine treatment in selected markets, or do you aim to introduce K.O.S. in as many markets as possible?

– We stick to our strategy that proof-of-concept in selected markets is much more important than low market penetration in many markets.

– We select the markets where we believe that the conditions for a proof-of-concept are good concerning how the medical device market works in each market.

In September, we will finally see the first results from your migraine study! How important are the results for your market entry and other upcoming milestones?

– If the outcome of the subgroup analysis is positive, it will be extremely important for all our future activities. In that case, it will be both the first confirmation of everything we have worked hard to prove and partly the basis for how we can communicate both the product and the company for a long time to come.

»If the outcome of the subgroup analysis is positive, it will be extremely important for all our future activities.«