Home Interviews Strong momentum for Curasight in first half of 2022 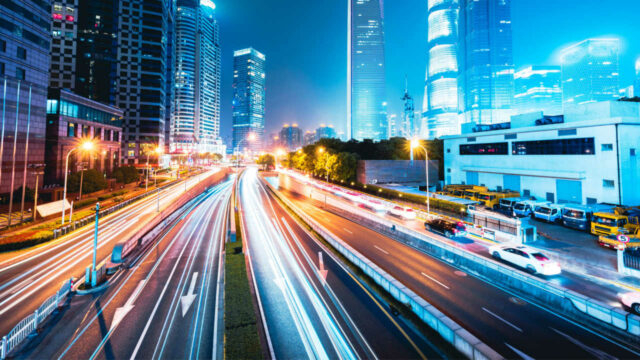 2022 has so far been eventful for Danish biotech Curasight. Adding two more indications to its strategy during the spring, the company is now waiting for results from the investigator-initiated phase II study with uTRACE in brain cancer. BioStock contacted CEO Ulrich Krasilnikoff for a comment on the Q2 report released last week.

Curasight’s technology revolves around the uPAR receptor, a known biomarker for cancer aggressiveness. The company´s PET-tracer ligand uTRACE is a new non-invasive diagnostic tool to localise and assess the aggressiveness of cancer. The company has so far presented positive phase II results from investigator-initiated studies with uTRACE in prostate cancer, head- and neck cancer and neuroendocrine tumours. If all goes well, Curasight hopes to also add brain cancer to that list this fall.

The phase II study with uTRACE is currently underway, and the recruitment to the study was completed earlier this summer. A total of 35 patients with brain cancer has been tested with uTRACE at Rigshospitalet in Copenhagen and results are expected at some point during the second half of 2022.

The results are an important milestone in the updated strategy, where Curasight aims to pursue all of the above-mentioned cancer indications for uTRACE.

On top of that, the company is also aiming to develop the drug candidate uTREAT for the treatment of brain cancer. uTREAT is based on the same tracing peptide as for uTRACE, but it is armed with a short-range radiation therapy. The treatment concept revolves around both candidates being used in combination, which effectively means that what the doctors can see is also what is treated – or what you see is what you treat.

The company has long had a special focus on brain cancer, because of the high need for new treatment options for the disease. Each year, about 65,000 persons are affected by brain cancer in the US and the EU, where approximately 30,000 are high-grade gliomas. The median survival rate is around 14 months, and the 5-year survival rate is only about 5 per cent.

With positive phase II results in several indications, however, the plans have slowly shifted a bit, both for uTRACE and uTREAT. Apart from expecting phase II results for uTRACE in brain cancer in the second half of 2022, Curasight in parallel also anticipates to be able to present preclinical data from using the uTREAT technology in brain cancer. The company also aims to start preclinical studies with uTREAT in neuroendocrine tumours and head and neck cancer.

BioStock contacted Curasight’s CEO Ulrich Krasilnikoff to get his view on the past quarter and what he envisions when looking ahead.

First of all, Ulrich, how would you describe the second quarter of 2022?

– Q2 has been as progressive as Q1 with the issuance of a new US patent based on a copper version of uTRACE. Together with the already issued patent for uTRACE based on the 68Ga imaging agent, the uTRACE platform now consists of two imaging agents both targeting uPAR but with different characteristics. The addition of a second compound is of great importance for our commercial strategy and means that we will have a strong position in the North American market – especially for healthcare providers who prefer to use copper as the radioactive isotope.

– Furthermore, we are extremely pleased that the investigator-initiated phase II study using the uTRACE technology in brain cancer has now included all patients, having overcome early challenges in recruitment due to the covid-19 pandemic. We look forward to seeing the data from this study in brain cancer, as we believe it will also give us important insight into the best way forward of using the uPAR-targeting radionuclide therapy uTREAT in brain cancer patients, in particular the most aggressive high-grade gliomas.

You have added head and neck cancer and neuroendocrine tumours to the list of indications pursued for uTREAT. Why is prostate cancer not part of that list?

– It is only a matter of allocation of resources and where there is currently the greatest unmet need within diagnostics and treatment in the various cancer indications.

– The major challenge with prostate cancer is to make the right diagnosis – and whether the cancer is aggressive or just a mild form that only requires regular, e.g. once a year, check-up at the hospital with a simple scan. This we are able to do non-invasively with uTRACE imaging as has already been demonstrated in the published investigator-initiated phase II study from Rigshospitalet.

– Currently the evaluation of aggressiveness is performed by taking biopsies and pathological evaluation. Unfortunately the methods are not so reliable or reproducible and hampered by side effects as bleeding and infection. Therefore, overtreatment of prostate cancer patients, as the prostate is often removed based on a “better safe than sorry strategy” without having a clear picture of how serious the cancer is, is undertaken. This is not trivial, as the patient has a large risk of becoming impotent or urinary incontinent upon removal of the prostate.

You are looking to initiate preclinical studies for uTREAT in head and neck cancer and neuroendocrine tumours. What is the timeline for those projects?

– Both pre-clinical studies will be initiated this autumn with an expected completion in the first half of 2023.

Commenting on the report for the first quarter, you said you had hopes to be able to enter into one or more partnership agreements within the next 12 months. Do you still have the same hopes?

– Yes – it is still our expectation to be able to conclude one or more partnership agreements within the next 6-12 months. This is a fairly normal time frame for partnership agreements, as there are many factors to take into account. These includes which companies are interested in which cancer diagnoses, geographical coverage and not least the underlying economy – as the purpose is, among other things, to get the clinical development funded, so that we are less dependent on obtaining external funding on the financial market.