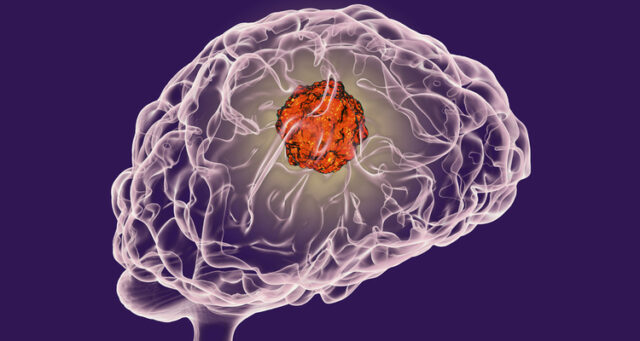 Danish Curasight develops its drug candidates uTRACE and uTREAT for diagnosis and treatment of several cancer indications. BioStock recently took a closer look at the potential seen in prostate cancer, and in this article we will dive deeper into the company´s ambitions within glioblastoma. With phase IIb results pending, preparations for phase III with uTRACE are being made, all while advancing the preclinical uTREAT project.

Danish biotech Curasight´s technology revolves around the uPAR protein, which is highly expressed in aggressive cancer cells, whereas it is hardly expressed in healthy tissue. According to the company, uPAR can be considered a unique biomarker for identifying aggressive cancers that are likely to metastasise. uPAR is not specific to one single type of cancer, and Curasight´s technology is being evaluated in eight different cancer indications. In this article, we will zoom in on the company´s development within glioblastoma, which is the most common primary malignant brain tumour.

There are 65 000 new cases of brain cancer each year in the US and EU where almost half are high grade gliomas, and more than ten per cent are in children. The outlook for patients suffering from glioblastoma is quite grim: median survival sits around 14 months, and  5-year survival is only 5 per cent. Today, the standard of care for brain cancer patients consists, in addition to surgery, of external radiation therapy in combination with chemotherapy.

According to Curasight, radiation therapy is one of the strong pillars in cancer therapy with more than 60 per cent of all cancer patients undergoing radiotherapy sometime during the disease. Over the last decade, since the current treatment regime was established, there have not been any major improvements in the brain cancer therapy landscape, which is something the company hopes to change. With drug candidates uTRACE and uTREAT Curasight tackles some of the main challenges with external radiotherapy, hoping to create a gentler and more effective treatment.

The first problem with external radiation therapy is the fact that, by targeting the tumour, it also affects surrounding healthy tissue. This is especially problematic in brain cancer since, due to the sensitive nature of said tissue. Another thing to keep in mind is that even though the main tumour might have been identified and treated, it is often also surrounded by a field of cancer cells that are hard to find and treat. So even though the main tumour is killed, the cancer keeps coming back until the patient eventually passes away.

Binding to the uPAR protein, the targeting peptide AE105 is “armed” with either Gallium to create the tracer substance uTRACE or with Lutetium to create the short-range radiation therapy uTREAT. Injecting a patient with uTRACE when performing a PET-scan makes the cancer cells light up, which supplies important information on the whereabouts of the cancer and on the degree of disease aggression. Similarly, when injecting uTREAT, the drug seeks out the tumour, providing local radiation that only affects the cancer, thus sparing the surrounding tissue. As uTRACE and uTREAT share the binding peptide, uTRACE precisely predicts where the therapy will bind – uTRACE thus serves as a companion diagnostics for uTREAT.

uTRACE is currently being evaluated in several investigator-initiated clinical trials, where it has so far produced positive results in prostate cancer, head-and-neck cancer and neuroendocrine tumors. For glioblastoma, Curasight expects phase IIb results to be available sometime in the first quarter of 2022. uTREAT has so far shown good anti-tumour effects in preclinical trials, and the company expects results of upcoming clinical trials with the candidate to mirror the uTRACE results.

With this new approach, Curasights hopes to tap into the fast-growing nuclear medicine market, which was valued at around 6 billion USD in 2019 and is expected to grow at around 16 per cent annually and reach a value of 30 billion USD in 2030. Leading factors for this growth are an ever-aging population, a wider use of nuclear medicine in hospitals around the world and innovation in the field, where uTRACE and uTREAT are good examples.

In terms of market potential in glioblastoma, Curasight estimates a value of approximately 195 million USD and 5.1 billion USD annually for uTRACE and uTREAT, respectively. According to the company, the estimate is a conservative calculation based on US pricing of comparable products on the market today.

The company is not alone in seeing potential in the nuclear medicine field, which has seen several transactions in the last few years. Most notable is perhaps Novartis‘ 3.9 billion USD acquisition of French radiopharmaceuticals specialist Advanced Accelerator Applications in 2017 – a deal that was followed up with Novartis acquiring American Endocyte for 2.1 billion USD a year later.

Commenting on the deals, Curasight points to the fact that the drug candidates included in those transaction are targeted towards one single cancer indication, whereas uTRACE and uTREAT have shown potential in a wide range of indications.