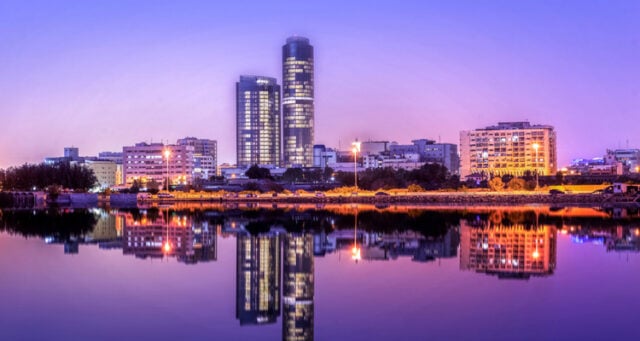 Chordate Medical has developed a treatment method called Kinetic Oscillation Stimulation (K.O.S) for the treatment of chronic rhinitis (nasal congestion) and potentially also chronic migraines. The product system is currently sold through distributors in the Nordic countries, in Italy and in Saudi Arabia to clinics and hospitals that in turn treat rhinitis patients.

One of Chordate Medical’s strategic goals is to prove their market opportunity in well-selected markets to enable expansion and growth and to attract buyers of the company. Saudi Arabia is one of the markets that has been selected and has shown good potential.

The accomplishments in Saudi Arabia

Saudi Arabia is a large market with approximately 35 million inhabitants. According to CEO Anders Weilandt, chronic nasal congestion is a pronounced health problem in the country, paving the way for good market penetration with the company’s rhinitis treatment. Recently, Chordate Medical’s distributor in Saudi Arabia has worked actively and reached several milestones, which is expected to accelerate sales of the K.O.S. treatment.

The reimbursement code means that patients do not have to pay for the K.O.S treatment since health insurance covers the costs. This can lead to more people feeling urged to test the treatment to get rid of theirtroublesome chronic nasal congestion.

The decision on insurance compensation later led Saudi Arabia’s Ministry of Health to conduct formal testing of K.O.S. in public hospitals. This testing is now underway at three leading public hospitals in Saudi Arabia. A positive outcome of the test would mean that the distributor would be granted national permission to sell the rhinitis treatment to the approximately 415 public hospitals in the country, opening up to reach a large number of customers in the publicly owned hospital market. CEO Anders Weilandt:

»This can be seen as a direct consequence of the health insurance code being made available for prescribingour K.O.S. treatment in private hospitals, which we announced in early November. It is very gratifying to see how our local distributor partner immediately develops the opportunity to also enter the very large publicly owned hospital market.«

Anders Weilandt considers it likely that there will be a significant increase in sales to Saudi Arabia within thenext year. BioStock contacted Weilandt to learn more about the potential in Saudi Arabia.

Your distributor in Saudi Arabia seems to be very active. Can you say something short about thedistributor and what their sales work looks like?

– Our distributor in Saudi Arabia works purposefully and focused, they have a good understanding of how the process should be handled in order to receive public and private insurance compensation. The path chosen early on was to work long-term with leading and opinion-forming doctors, it seems to be paying off now.

How has the pandemic affected the marketing activities in Saudi Arabia?

– The country has not been spared from the pandemic in any way, but the peak of the spread occurred in July, and, since then, both spread of infection and deaths have fallen to very low numbers.

How long will the testing at public hospitals in Saudi Arabia last and what would a positive outcome inthe testing mean for Chordate Medical?

– It is not possible to say how long it will take, but we know that a limited number of treatments will be carried out at each of the three test clinics. A positive outcome could provide a listing in the national purchasecatalogue, which means that a clinic can requisition the product and perform treatment completely free of charge for the patient.

The sale of K.O.S in Saudi Arabia currently only applies to the treatment of rhinitis. Is the goal to alsoinclude chronic migraines as an indication for the sales of the treatment in the country?

– The prevalence of migraines in the countries in the Gulf region is comparable to the levels in Europe. Once the distributor has established the rhinitis treatment, it is a logical idea to also investigate the possibilities ofmigraines.