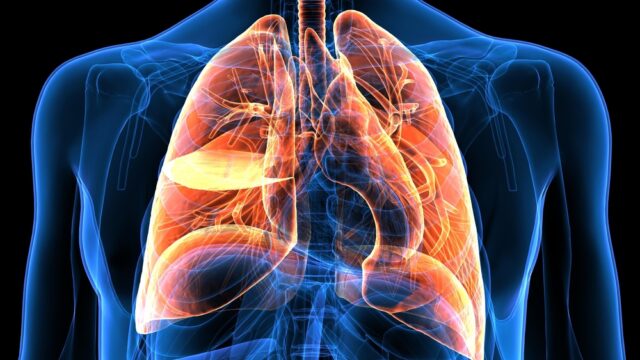 Last night, Malmö-based Aptahem announced that they have entered a preclinical collaboration with the University Health Network in Toronto. The collaboration will be anchored in Aptahem’s previously indicative positive preclinical data, and the objective is to evaluate whether the company’s drug candidate Apta-1 can show a positive treatment effect on the Acute Respiratory Distress Syndrome that can affect severe cases of Covid-19. BioStock contacted Aptahem’s CSO Dr Luiza Jedlina for a comment.

Aptahem’s primary drug candidate Apta-1 is being developed as an emergency treatment for sepsis. The company’s preclinical studies have shown that the candidate has blood clotting effects, and they also suggest that the candidate can inhibit hyperinflammation and promote a natural repair of damaged tissue. These properties are important in the treatment of sepsis, a disease that kills 11 million people every year.

The potential of Apta-1’s anti-coagulant, anti-inflammatory and immune dysfunction antagonizing effects is currently being evaluated in sepsis, and, now, an additional preclinical research arm is being added to the company’s pipeline.

The collaboration with the University Health Network in Toronto concerns a preclinical evaluation of treatment options for Acute Respiratory Distress Syndrome (ARDS), a serious condition that can affect patients infected with Covid-19. The collaboration is based on the preclinical research findings made on Apta-1, specifically the anti-coagulant properties of the candidate, and the indications of its potential to inhibit hyperinflammatory responses and repair damaged tissue.

CSO comments on the collaboration

BioStock contacted CSO Dr Luiza Jedlina for her comment on the new collaboration.

Your new collaboration partner has a unique in vivo coronavirus-induced acute lung model. Can you tell us a little about this and the connection to your study in Non-Human Primates with Apta-1?

– The clinical obeservations in the NHP study showed that the Apta-1 treated animals had recovered, in comparison to the non-treated. When animals don’t feel well they don’t eat, but the animals that were treated with Apta-1 gained their apetite back, which is a significant sign of recovery. The model used in that study was a systemic inflammatory response syndrome (SIRS) model where LPS was given to simulate a sepsis-like condition. This condition can be compared to the one developed by severe Covid-19, and that is why Professor Liu saw the potential of testing Apta-1 in their corona virus-induced acute lung model.

Part of your business model is to team up and run the continued development in collaboration with partners. Can you tell us how this specific collaboration came about?

– I am constantly searching for new publications and research in the areas of our work and I have read thousands since the start of the company. In this process I found publications by Professor Liu, and after reading these I realized that there were some common factors between the Toronto group’s findings and what we have seen in the Apta-1 preclinical data. I and the CEO therefore reached out to Professor Liu, and sent him a non-confidential presentation of our results. It didn’t take long before he answered, and wanted to learn more. From that point the discussions have been frequent, and now led to entering this development agreement.

Your primary focus is still sepsis. Are there any links between ARDS in Covid-19 patients and sepsis, which is also a serious condition that can occur in these patients?

– Yes, absolutely. Hyperinflammation is one factor in severe sepsis, and is also the cause of ARDS. Apta-1’s ability to repair damaged tissue is another important factor of being a potential effective treatment in sepsis, which is also found in ARDS patients. Now we are curious to see if we can identify more common factors between ARDS and sepsis where Apta-1 has the potential to be beneficial.

What do the plans for this new project look like, and will you announce the continuous progression along the way?

– The plan is to start the studies as soon as possible. While discussing the collaboration agreement both parties have been able to settle on the study protocols. As this field of studies involving Covid requires approval from ethical committees, these applications have been filed, and approved, and now only small practicalities remain.  Our aim is to communicate any results as soon as we have received the first preliminary report. Due to the preparation work just described, it is impossible to say when that can be at this point, but we will communicate the results as soon as it is possible for us to do so.

Earlier this year, you published an abstract with data indicating that Apta-1 treatment stimulated significant levels of the acute phase protein Pentraxin-3 involved in suppressing inflammatory and infectious processes. Does this have any bearing on your new collaboration?

– Utilizing ARDS model, Toronto scientists assessed the therapeutic effects of long pentraxin PTX3 administration in attenuating ARDS development.  Pentraxin-3 is an important parameter that the results shown in the NHP study and the results published by Professor Liu’s group have in common. It is also what triggered the immediate interest of Professor Liu at our initial contact. Pentraxin-3 will be one of the measurements in the study.

Finally, we reached out to Aptahem CEO, Dr Mikael Lindstam on what milestones Aptahem hope to communicate before the year end within the respective projects for Apta-1?

One milestone I hope to achieve, and be able to communicate, is of course the scale up manufacturing of the batch at LGC so we can finalize the GLP tox studies in the preclinical programme. Other milestones would be various collaboration and partnering deals regarding business development. Growing the team to meet increased demands on competence is also very crucial. Regarding the research and development of our Apta-1 candidate, I hope to be able to report several interesting new results from our collaborations with Örebro University, Toronto and Seattle Research Institute. These milestones together with all the development work going on make Aptahem an even more complete company.

Dr Mingyao Liu is the Director of Institute of Medical Science and a Professor of Surgery, Medicine and Physiology at the Faculty of Medicine, University of Toronto. He is James and Mary Davie Chair in Lung Injury, Repair and Regeneration as well as Head of Respiratory and Critical Care Research at the Toronto General Hospital Research Institute, University Health Network.

He demonstrated lung epithelial cells as a source of cytokines in inflammatory response, intracellular signal transduction pathways as therapeutic targets, and roles of multiple cell death pathways in acute lung injury. He has developed nano-particle based drug delivery systems. A drug discovery/delivery pipeline has been developed in the Toronto team, including cell culture for high throughput screening for therapeutic targets, mouse/rat lung transplant models for in vivo testing, and pig lung transplant and ex vivo lung perfusion system for pre-clinical trials.

His lab also discovered a novel adaptor protein, XB130, for signal transduction, and demonstrated its role in cell survival, proliferation, migration and regulation of gene expression. Using xb130 knock out mice, they are studying the role of XB130 in lung injury and repair.