Home Interviews Immunicum gears up for second half of 2020 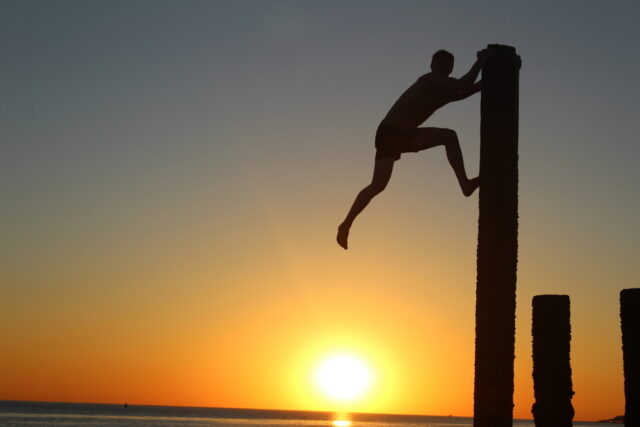 2020 has so far been a transition year for Immunicum. While continuing their progress with the Phase II MERECA study and Phase Ib/II ILIAD study, they have received RMAT designation from the FDA for their top drug candidate ilixadencel. Recently, the immuno-oncology company also received feedback from both the FDA and EMA to further support preparations of the next steps in development. BioStock spoke with Immunicum’s Interim CEO Alex Karlsson-Parra to look back at the year so far and see what is in the books for the rest of the year.

The first half of the year for one of Sweden’s top immuno-oncology (IO) companies, Immunicum, has been one of continued progress for the company’s main project, MERECA, which is exploring the effects of their off-the-shelf IO candidate ilixadencel in combination with the tyrosine kinase inhibitor (TKI) sunitinib in metastatic Renal Cell Carcinoma (RCC) patients. After announcing a first round of top-line results from the phase II exploratory study in 2019, Immunicum produced the second round of results in February this year, which confirmed and strengthened the positive trends announced last year. Read more about the latest results here. The next survival update is now expected in Q3 of this year.

Immunicum presented the updated results at the ASCO-SITC conference in Orlando, Florida, USA. Based on the MERECA results, Immunicum submitted an application to FDA, who decided to grant Immunicum Regenerative Medicine Advanced Therapy (RMAT) designation for ilixadencel is in metastatic RCC. Read more about what RMAT designation is and what it means for Immunicum here.

At the end of Q2, Immunicum received feedback via Scientific Advice procedure from the EMA and at the End of Phase 2 meeting with the FDA with regard to the questions and information provided in the regulatory briefing documents Immunicum had submitted earlier this year. With the FDA, continued discussions are anticipated as part of the RMAT designation.

Of interest, regarding the RMAT designation, the FDA had confirmed that this designation is not limited to the combination of ilixadencel with sunitinib, but supports the development of ilixadencel in metastatic RCC. Any of the feedback is strictly confidential, and will now be used by Immunicum’s team to further the preparations of the next steps of development in RCC.

»The FDA RMAT designation truly supports our efforts moving forward from an internal perspective, but also stimulates external discussions with potential partners. The feedback from both the EMA and FDA that we have recently received are similarly very helpful in preparing and adjusting our plans for the next steps in development. Although we cannot share the details, the team now has the information it needs to move the program forward in the best manner« — Alex Karlsson-Parra, Interim CEO at Immunicum.

The company received notice from the Dose Escalation Committee (DEC) confirming that there were no dose-limiting toxicities in the second cohort, thus giving the green light for moving into the non-staggered inclusion phase of the study. This allows the remaining 15 patients enrolled in the study to go through the safety monitoring of different ilixadencel doses more rapidly and for Immunicum to collect data on safety and potential efficacy in an accelerated manner. The next safety update is expected end of 2020, and completion of the Phase Ib with longer follow-up of patients towards the second half of 2021.

The Phase II part of the ILIAD trial will then continue with the selected dose regimen from the completed Phase Ib part.

A transition period for Immunicum

All the while, however, Immunicum have been making some changes at the executive management level. Since December last year, after Carlos de Sousa decided to step down from the CEO position, Alex Karlsson-Parra took over as Interim CEO, and Immunicum’s Board of Directors have been in the process of recruiting for the position.

At the same time, Immunicum’s Sijme Zeilemaker was given an expanded role as Chief Operating Officer, from previously being Business Development Manager. Since then, the company has appointed Peter Hein as Interim CFO after the resignation of Michaela Gertz. Moreover, Immunicum welcomed Peter Suenaert back into the position of CMO. In the Board of Directors, three new members were appointed in April.

BioStock reached out to Immunicum’s Interim CEO Alex Karlsson-Parra to get his thoughts on the company’s progress thus far and what we should expect in the months ahead.

Alex Karlsson-Parra, if you could summarize Immunicum’s first part of 2020 in one word, what would it be?

– Validation. After the initial top-line results from the Phase II MERECA study in 2019, being selected to show the full and updated survival results in an oral presentation at the ASCO-SITC Clinical Immuno-Oncology Symposium in the US was a great accomplishment and was evidence of the interest shown from the medical and scientific community.

– Then, with the same results submitted to the FDA, being granted the RMAT designation was another form of validation indicating that the results are relevant to the regulatory authorities. We are aware that we are moving forward a truly unique approach, and external validation of such a breakthrough is therefore crucial for the credibility of the program.

Because of the Coronavirus pandemic, 2020 has been a strange year so far, to say the least. Would you say the pandemic has had a big impact on Immunicum’s activities, and do you foresee Immunicum being affected in the latter part of the year?

– We have been somewhat fortunate that, in terms of patient recruitment, we had already completed it for the larger Phase II MERECA study and were still in the smaller Phase Ib of the ILIAD study. Now, we are able to accelerate recruitment for the non-staggered part of the ILIAD study and are monitoring the situation closely to make sure that the impact of the pandemic is limited. Biotechs in general may have the benefit of working in long-term development paths and commitments that need careful budgeting and planning to sustain operations over a longer period, and, as such, the pandemic may have a reduced impact.

Looking back, what would you say has been the company’s most important milestone thus far this year?

– The FDA RMAT designation truly supports our efforts moving forward from an internal perspective, but also stimulates external discussions with potential partners. The feedback from both the EMA and FDA that we have recently received are similarly very helpful in preparing and adjusting our plans for the next steps in development. Although we cannot share the details, the team now has the information it needs to move the program forward in the best manner.

Regarding the MERECA study, which produced the second round of survival updates in February, do you have a specific release date already set for the final update, and what are your expectations, or rather hopes, from the results?

– The study will not be considered final until the co-primary endpoint of median overall survival (OS) has been reached in both groups. Beyond the median OS, we are also highly interested to continue following the long-term survival of patients, and every survival update will continue to mature the survival curve. Therefore, we are looking forward to the next update that we expect to receive and communicate to the public during Q3.

Looking ahead, what are you looking forward to the most in the second half of the year?

– The MERECA survival follow-up is of course of interest to the team, to see if the data further matures in the right direction. These data, along with the regulatory feedback we have received, will continue to shape our plans for the next steps in development in RCC, to make sure that the next study has the most optimal chance of success. Therefore, I am looking forward to both these data and next studies with ilixadencel.

Immunicum has been looking for a new CEO for about 6 months. Can you update us on the search?

– The search is indeed ongoing and we want to make sure to find the right profile to match the next stage of development and to add differentiating value to the excellent management team that is already in place. As you know, there are limited cell therapy biotechs that have made it to pivotal stage of development and finding the right candidate to match our needs can therefore take time. I want to assure you that we will find the right candidate and until then, I am proud of what the rest of our management team has been able to handle during this eventful 2020.

Finally, what are your plans for the summer?

– I was hoping to catch a typical break by enjoying the beautiful Swedish summer and then following the sun to southern Europe, but I will likely stick around this time. With the ongoing pandemic and a busy couple of months for Immunicum in view, I hope to get some rest to be ready for the remainder of a transitioning year for us.