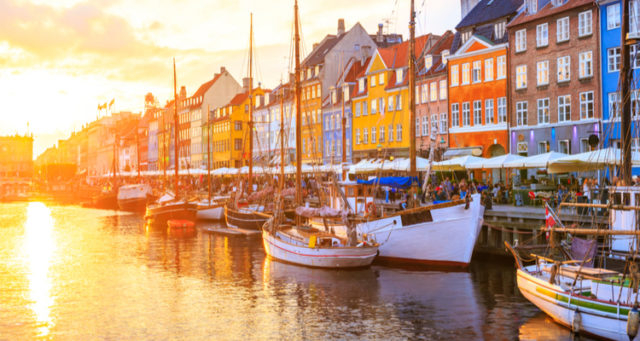 Last week, Danish drug developer DanCann Pharma announced that the Danish government has decided to prolong the Pilot Programme with medical cannabis – permanently for the industry and four more years for patients. This is positive for news for DanCann whose brand new and first high-tech cultivation facility, BIOTECH PHARM1, for the cultivation of medical cannabis recently began operating.

DanCann Pharma A/S goal is to grow, manufacture, distribute, and export quality-assured cannabinoid substances for medical use in the form of both prescription drugs and over-the-counter drugs. These substances are intended to be used both in the company’s own products, and to meet the needs of both large and small drug development companies.

In the short and medium term, the intention is to develop treatments for multiple sclerosis, chronic pain, spinal cord injury and nausea (vomiting) as a result of chemotherapy treatment of various cancers.  These are the highlighted patientgroups in the Pilot Programme. Patients undergoing treatment with chronic pain are considered the main target group.

Legalisation in Denmark was the starting point

When medical cannabis was legalised in Denmark in 2018, a pilot programme was launched to offer patients cannabis for medical use. These cannabinoids should be used as a treatment option in cases where conventional medicines have not had the intended effect, e.g. in terms of pain relief. One company that saw great business opportunities related to the pilot programme is DanCann Pharma. Since then, the company has increased the tempo considerably and have already established international collaborations and distribution rights for the Nordic countries and Germany.

»We applaud the Danish Parliament’s decision to extend the Pilot Programme that allow local cultivation and production of medical cannabis. The overall agreement is good news for the entire Danish medical cannabis industry and ecosystem as it is likely to attract further investments and stimulate the drive towards making Denmark a leading nation within the field of medical cannabis. Now the industry – and we as a Company – can calm down and start creating further investments, development, and earnings« – Jeppe Krog Rasmussen, vd DanCann Pharma

The Pilot Programme for patients is extended another four years

On May 25, the Danish government with the support from other political parties, entered into an agreement to continue the Pilot Programme with medical cannabis. The decision provides for a permanent extension for the industry and four more years for patients. In short, this gives physicians a green light to prescribe medical cannabis to patients, regardless of illness, while also giving companies a continued mandate to manufacture cannabis to patients for medical use.

The fact that the cultivation of cannabis is encouraged in this way, is a clear signal to the industry that investments can be made with a greater degree of certainty. This is particularly true for DanCann whose goal is to take large market shares with its new cultivation concept.

Furthermore, the agreement, which formally takes effect towards the end of the year, states that discussions on continued subsidies to patients for the purchase of medical cannabis in the pilot programme will continue in the autumn.

»This is a significant step. I am very happy and satisfied. I feel that we have helped and pushed to make a difference in order to get this in place« – Jeppe Krog Rasmussen