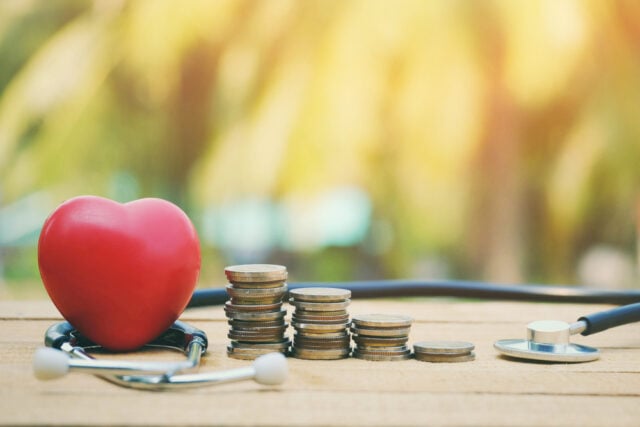 Thrombosis is the most common cause of death globally, as one in four deaths are related to it. For decades, the pharmaceutical industry has worked to create better anti-thrombotic treatments in order to optimise the balance between thrombosis prevention and the risk of bleeding, a commitment that is now beginning to pay off both in terms of research advancements and ability to attract commercial interest. At the centre of this development is Swedish Cereno Scientific with a potentially groundbreaking pipeline.

Thrombosis, or blood clots, occurs when the body tries to repair a damaged blood vessel by coagulating the blood to stop a potential bleeding. In individuals with a risk for thrombosis, the balance between thrombus building and the system that brakes down a thrombus (the fibrinolytic system) many times is dysfunctional with impaired fibrinolytic capacity. This increases the the risk for an occluding thrombosis that blocks the nutritional flow, hence the risk for a tissue infarct.

The standard treatment for people who, for one reasons or another, are at risk for thrombosis is drugs inhibiting the ability of platelets to aggregate or that inhibit coagulation factors. These drugs are known as blood thinners and work by inhibiting the blood’s ability to form blood clots, but the treatment is also associated with a serious risk of bleeding. Due to this risk, it is common that blood thinners are given in doses that are too low, or not given at all, leading to suboptimal anti-thrombotic treatment effects.

Despite certain advancements in the past few years – e.g., with Novel Oral Anticoagulants (NOACs) that have reduced the need for continuous blood tests, something that has been necessary during treatment with the old faithful warfarin (Waran) – the need for a new and effective anti-thrombotic drug with no risk or a significantly lower risk of bleeding remains high. An efficient treatment for thrombosis that does not come with a risk of bleeding is sometimes called ”the holy grail” of anti-thrombotic therapy.

Several of the world’s largest pharma companies aspire to develop new and better anti-thrombotic treatment alternatives. The background to this endevour is multifacetted; patents of NOAC drugs dominating the market so far are coming to an end, and, as mentioned above, the medical need is still significant. Furthermore, thrombosis prevention is a very large market due to thrombosis being the single most common cause of death in the world. All these factors have significant economic implications. 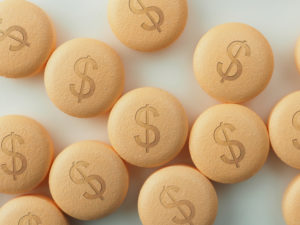 As an example, the patents for Bayer’s NOAC Xarelto (rivaroxaban), marketed by Janssen Pharmaceuticals in the US, expire between 2020 and 2024. The expiration of patents will hit the pharma giants hard considering the fact that Xarelto was the tenth most sold drug in 2018 with a total sale of 6.6 billion USD. When a patent expires, the drug will be exposed to competition from e.g. generic drugs with a resulting fall in price and lower revenue for the original drug.

Other big NOAC sellers such as Pfizer and BMS’s Eliquis (apixaban) with a revenue of 9.9 billion USD during 2018, and Boehringer Ingelheim’s Pradaxa (dabigatran) are both under patents scheduled to expire soon. These patents expirations means that some of the great players are likely to loose significant income, meaning that they likely to look for new potential blockbusters within the field.

If a new drug is also able to fulfil an unmet clinical need such as reducing the risk of bleeding, there is an opportunity for premiums. If a drug also were to be First-in-Class with a unique mechanism of action, there would also be the possibility of obtaining significant market shares. An increasing interest in innovative anti-thrombotic drugs that are both easy to administer and safer to use can thus be expected.

Considering this background, it is not surprising that activity within the anti-thrombotic therapy field has increased rapidly, and there are now a number of interesting projects in development, both within Big Pharma and among smaller companies.

For instance, this became obvious when Bayer decided to continue the development of  the anticoagulant substance IONIS-FXI-LR, an Antisense Oligonucleotide inhibitor of Factor XI in the liver, licensed from Ionis in 2015. So far, Bayer has paid Ionis a total of 185 million USD for the candidate. Bayer clearly wants to develop an anti-thrombotic drug with a lower risk of bleeding,  but it is worth noting that IONIS-FXI-LR has to be injected, has an unknown safety profile and is unlikely to replace today’s tablet-based treatments.

Established pharma giants are making considerable efforts to develop new anti-thrombotic treatments. This means they have noted a considerable market potential and decided that there is a good chance of making a mark within this indication with new and improved drugs that meet the needs of patients and medical professionals. In other words, this sends clear signals that the field is hot, something that is likely to be reflected in an increased interest among other players too, such as larger investors and other potential partners.

One such example is the deal between Blackstone and Novartis in the beginning of the year. The large Private Equity player contributed with 250 million USD and the pharma giant outlicensed its  Factor XI antibody, MAA868, to the joint venture company Anthos. Anthos will undertake late-stage development of the anti-trombotic drug candidate currently in phase II.

It is not only the drug development that is taking leaps forward, but the total market value of anti-thrombotic drugs is also expected to increase significantly in the near future. The global market is expected to increase to 40.9 billion USD by 2024. This is yet another positive factor for players interested in the field.

A Swedish company aiming to develop an effective anti-thrombotic treatment with a low risk of bleeding is Cereno Scientific. The drug candidate CS1 strengthens the body’s own natural blood clotting system (fibrinolysis), which is typically impaired in patients at risk of thrombosis. Due to its mechanism of action, CS1 is able to do so without affecting coagulation.

CS1 restores fibrinolysis  through an epigenetic mechanism (HDAC inhibition) increasing the levels of t-PA in the vessel wall. Epigenetic modulation involves cellular mechanisms regulating how available a specific DNA-sequence is for transcription, and thus for specific protein synthesis. T-PA is a protein that helps dissolve clots and it is released locally from the vessel wall when needed. At the same time, CS1 reduces the level of PAI-1, a protein tha twould otherwise inhibit the effect of t-PA. CS1 does not increase the risk of bleeding in the way that anticoagulants and thrombocyte-inhibiting treatment does.

According to Cereno Scientific, the concept of boosting the body’s own clot-dissolving mechanism – fibrinolysis – is brand new within thrombosis prevention, and, so far, it appears as though the company is the only one in the world to have this concept.

CS1 is a unique reformulation of valproic acid, a substance developed for treatment of epilepsy that has been on the market for more than five decades, meaning that the candidate has a good and well established safety profile. Both the approach and the reliable safety profile are aspects that distinguish CS1 from other anti-thrombotic candidates under development. Furthermore, in at least four large epidemiological studies, valproic acid has been shown to reduce heart attacks and stroke when compared to other epilepsy treatments. None of these studies have shown any increased risk of bleeding.

Cereno Scientific is currently preparing for the initiation and carrying out of a phase II study with CS1 in Russia and Bulgaria. The study aims to investigate the thrombosis-preventative effect of CS1 in patients undergoing othropedic surgery. Read more. Cereno Scientific has been given study approval in Russia and is awaiting a decision from the Bulgarian authorities shortly. The plan is to commence the study during the first six months of 2020.

All in all you could say that the anti-thrombotic market is beginning to sizzle with larger investments and several significant deals in a short time. In parallell, the patents for big sellers are about to expire, and new, potentially safer drugs are under development and on their way to market. In other words, the climate is favourable for players with promising anti-thrombotic candidates in their pipelines.