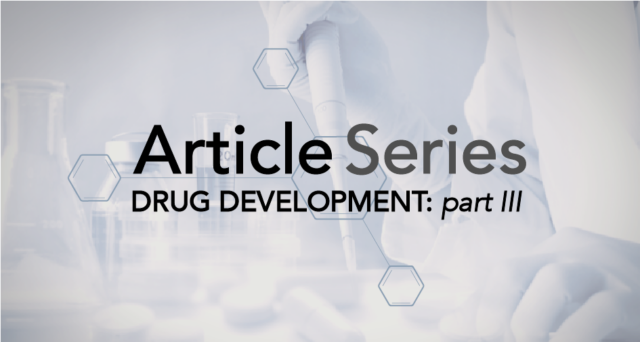 In this article series, we have so far uncovered the heavy burdens of time and money placed on the modern drug development process. These, in large part, fall upon biotech companies thanks to stringent regulations set by government agencies. Today, we take a look at how modern pharmaceutical regulations have taken shape and what are some of their main implications.
As we’ve seen in parts I and II of this article series, drug discovery and development are challenging and costly endeavors for the biomedical industry and thus very financially risky. Much of the costs come from failures during clinical trials, which account for 75 percent of the total R&D expenditures.
We’ve touched upon some of the main reasons for the high rate of failures in the drug development process. Most of these stem from the tough pharmacovigilance regulations set mainly by the FDA in the US and the EMA Europe. With this article, we will take a short trip through the recent history that has shaped regulatory affairs (RA) and how they are evolving today.

The 20th century evolution of Pharmacovigilance

Pharmacovigilance is the system set in place by government regulators to make sure new medicines are not harmful or toxic to human beings. The World Health Organization (WHO) has defined pharmacovigilance as the science and activities relating to the detection, assessment, understanding and prevention of adverse effects or any other medicine-related problem.
Modern pharmaceutical regulation took shape mainly on the heels of two catastrophic incidents related to pharmaceutical products produced after the formation of the Food and Drug Administration (FDA) in the US IN 1906.
In 1937, a sulfanilamide elixir developed without any safety testing led to the poisoning of more than 100 people in the US. The next year, the US government passed the 1938 Food, Drug, and Cosmetic Act, which required companies to perform animal experiments or cell culture experiments on their candidates and report the data to the authorities to prove the safety of their product.
In the 1950s, a strong sedative called Thalidomide, produced in Germany to combat morning sickness typical during pregnancy, led to more than 10,000 babies being born with missing limbs and other deformities. As a result, a Committee on the Safety of Drugs (CSD) was started in the UK in 1963. In the US, the Drug Amendments Act of 1962 (also called the Kefauver-Harris Drug Amendments) was passed allowing for the new drug application (NDA) to be created. This paved the way for a requirement to prove to the FDA that a new drug is effective and safe before it’s approved.
A similar provision was enacted by the European Community (EC) (which would later become the European Union (EU)) in 1965 to ensure the safety of new drugs. This was followed by two landmark directives set in 1975 (75/318/EEC2 and 75/319/EEC) to create a common European market for pharmaceutical drugs and facilitating the distribution of innovative medicines to patients across Europe.

In the 1980’s, yet another health crisis had a huge impact on modern pharmaceutical regulation: the AIDS epidemic. After passage of the Drug Amendments Act in 1962, drug costs surged due to longer development times.
Drug companies responded by focusing on common diseases in order to maximizing R&D output and profits, leaving rare diseases in the dust and ignored, thus dubbed “orphan” diseases. After strong lobbying efforts and in response to the AIDS crisis, the US Congress passed the Orphan Drug Act of 1983 as a way to incentivize companies to focus more on rare diseases. The bill includes tax incentives, enhanced patent protection and marketing rights, and clinical research subsidies.
The EU followed suit in 2000 by creating the Committee for Orphan Medicinal Products (COMP), which gives pharma companies the same incentives except the tax credits. COMP also requires the drugs to be for serious medical conditions and for which there is currently no alternative already on the market. These specific requirements are not enforced by the FDA, thus making it easier to receive orphan designation in the US. 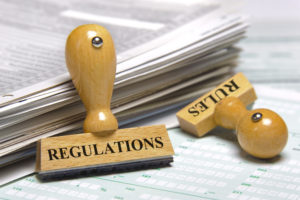 Over the years, major regulatory entities have established strict guidelines for drug companies to follow in pursuit of a new medicine. These guidelines are often updated as new challenges within drug development arise.
These are the main ones:

Just the tip of the RA iceberg

From the beginning of the 20th century, as the pharma industry expanded through technology and innovation, the high risk of toxicity associated with new drugs spawned a new era of pharmacovigilance. Patient safety came increasingly under the spotlight of regulators whose job it was to ensure new drugs had limited side effects. This led to a heavy increase of new rules for pharma companies to abide to, which transformed into longer drug development times.
The regulations discussed so far represent a small but important selection of regulations within drug development, and, nowadays, the desire to side-step some of the regulatory obstacles is strong. In the next segment of our drug development article series, we will look into some of the more modern regulations aimed at speeding up the drug development process in order to help patients with urgent needs get quicker access to treatment and appease drug companies that struggle to get effective drugs on the market.
Part I: The Drug Development Process
Part II: Challenges Associated with Drug Development
Part IV: Making Treatments More Accessible
Part V: The Success of Orphan Drug Designation