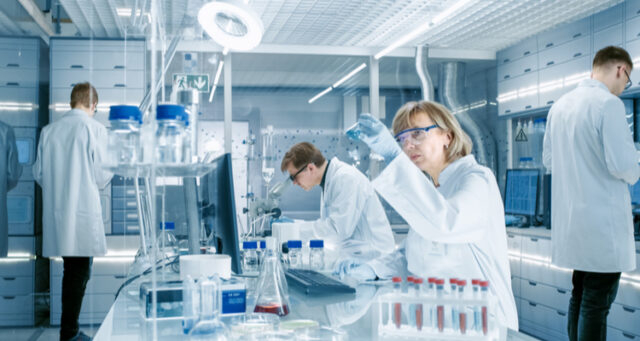 Since the company’s founding in 2009, Sprint Bioscience has worked efficiently and determinedly to advance several drug discovery projects with the focus on developing small molecule drug candidates to fight cancer. Recently, the company was able to publish positive results from its Vps34 project in a leading scientific journal showing that its candidate SB02024 has the potential to break new ground in cancer treatment. BioStock spoke to CEO Jessica Martinsson to find out more about the company in general and these results in particular.
One of Sprint Bioscience’s main strengths is its coherent and well-established business model. The overall idea is for Sprint Bioscience to take a project from idea to clinical candidate and during that time out-license it to a pharma company. The aim is to make one such licensing deal a year after which the pharma company will advance the candidate through clinical studies and, eventually, bring the drug to market.
So far, Sprint Bioscience has entered three licensing deals with its projects and two of those are still actively run by partners: PIP4K2 with Petra Pharma in the leukemia space and one within NASH (Non-Alcoholic Steatohepatitis) with LG Chem. In both projects, the licensing partner covers all future development costs and the potential total deal value is 470 million USD.

Another important factor behind Sprint Bioscience’s advances is the company’s resource-efficient model for evaluating which projects to move forward. Whilst the project portfolio is broad and many projects are developed at the same time, it is important to be able to determine which projects have the potential to make it to the market. To do so, the company has developed an evaluation model that determines which projects to advance from the idea stage to initial experiments.

This means that if a project is not deemed to be viable, it is interrupted at an early stage and the company will avoid spending valuable resources on it. Furthermore, Sprint Bioscience has developed a workflow for fragment-based drug discovery, that allows for quicker development of high-quality inhibitors with a well-defined mode-of-action. Instead of requiring years of laboratory work, it takes just a matter of months, which is a significant advantage compared to traditional pharmaceutical companies. This emphasis on efficiency and quality creates value for both the company and its shareholders.

Sprint Bioscience’s portfolio is focused on attacking different metabolic pathways for the treatment of cancer. One of the company’s most interesting projects is the Vps34 project. This is an internally run project focusing on inhibiting the Vps34 protein, which is believed to play an important part when tumour cells block the immune defense’s ability to attack them. With its candidate SB02024, Sprint Bioscience aims to activate the immune defense and induce it to attack the cancerous cells.

Through its work on Vps34 and SB02024, Sprint Bioscience has the potential to break new ground in the treatment of cancer. Today, the field of immuno-oncology (IO) is leading the charge against cancer and the Vps34 project represents a new principle within the field. It is important to note that although IO has revolutionised cancer treatment, and is a significant advancement in medicine, the treatment type is far from effective for all patients. For example, only about 30 percent of patients with malignant melanoma respond to IO therapies.
The consensus in the scientific community is that today’s treatments – of which the most well-known is perhaps checkpoint inhibitors – need to be combined with drugs that help the immune system located the tumour cells. This is necessary as cancer cells can take out, or hide from, the immune system. Here, Sprint Bioscience’s candidate has the potential to play an important role as it, through a newly discovered mechanism, has the ability to make tumour cells visible to the immune system, thus making it possible for IO therapies to attack cancer.

Just last week, the company’s approach got a significant boost when positive results from the Vps34 project was published in the leading scientific journal Science Advances. Studies in mice demonstrated that SB02024 increased the number of active immune cells in the tumour, indicating the candidate’s ability to activate the body’s defense system. Thereby SB02024 has the ability to significantly improve the therapeutic effect of PD-1/PDL-1 checkpoint inhibitors. The results from these studies concern malignant melanoma and colorectal cancer and are the first scientific data showing that inhibition of Vps34 makes tumours – in the skin and the colon – more receptive to treatment with checkpoint inhibitors.


BioStock got the opportunity to talk to Sprint Bioscience’s CEO and co-founder Jessica Martinsson to learn more about the new data.
You received a lot of attention last Thursday when results for one of your proprietary drug projects were published in a reputable scientific journal, can you tell us more about these results?
– That’s right, important research results showing the potential of our Vps34 inhibitor in immuno-oncology were published in Science Advances.
– The entire field of immuno-oncology is based on the ability of the immune system to attack the tumour. This one of the hottest fields in medicine at the moment, with the best-selling checkpoint inhibitors forming a new standard of care for cancer patients. The article describes how our substance SB02024 can inhibit the Vps34 protein and attract immune cells to tumour tissue. Once in place at the tumour site, the immune cells can begin to fight cancer. Also, our studies have indicated slower tumour growth.
– The fact that we can increase the number of immune cells in the tumour also provides an opportunity to combine our candidates with other immunotherapies, such as checkpoint inhibitors.

»Several companies have shown an interest in Vps34 inhibition, but we are the first to show how it can be used in the context of immuno-oncology.« — Jessica Martinsson, CEO, Sprint Bioscience

Previously you have mentioned an article that was about to be published, is this that article?
– Yes, it is. The process of scientific publications is difficult to predict, and they can sometimes take a very long time. There are several steps beyond our control that affect when the paper is accepted and then published.
– A lot of hard work lies behind the content of this publication. Our collaboration with a research group in Luxembourg, led by Dr. Bassam Janji and our scientific advisor Dr. Ravi Amaravadi, resulted in these positive data.
Can you tell us a little about what makes your data unique?
– Several companies have shown an interest in Vps34 inhibition, but we are the first to show how it can be used in the context of immuno-oncology. We evaluated our substances in animal models with an active immune system, upon which the positive effects became very clear. Other companies have used immunodeficient models and have therefore missed the full potential of Vps34 inhibition.
– In the field of immuno-oncology, there is still a great need for new therapies. Hence, there is still a great interest from the industry, and we are now able to present a unique approach to the issue at hand. Today, most therapies target the immune system directly and aim to make it more active. What we do is to instruct the tumour to actively call on the immune system. Therefore, our treatment can be combined with other immuno-therapies.
Have you had any indication of how your target partners, the global pharmaceutical industry, have received the research results?
– It is still early days, but we have several ongoing discussions with potential partners who asked to read the article as soon as it became public. As this is a novel and innovative treatment concept, we expect a great deal of interest.
What does this mean for you when it comes to finding a licensing partner?
– The published article is a very good public documentation of our project and its potential. It is also an important validation of our results, as all data is carefully reviewed by independent experts before being approved for publication in such reputable and influential scientific journals. So yes – this is a very valuable tool to have in our conversations with potential partners.
Many in the industry are affected in various ways by the ongoing corona pandemic, is the pandemic affecting your work in any way?
– The primary effect for us is the temporary switch to digital communication with our potential partners. The partnering events that we usually participate in have moved online, which creates new challenges and strongly limits the possibility of spontaneous networking and informal meetings. These are frustrating times, but I think we have handled the new situation well.
– It is also worth noting that the underlying value ​​and potential of our projects are not affected. We are adapting our work to this very special situation and we have been able to allocate our resources as efficiently as possible to continue delivering within our existing collaboration agreements. Publications, like the one in Science Advances, are becoming an even more important channel to share our knowledge with both new and existing interested parties, as well as the research community. We are very proud of this achievement and will continue with full steam ahead to take full advantage of this very concrete progress in the Vps34 project.
What are your thoughts about the future of the company after the pandemic?
– We can see that we have a sound business model with risk diversification and potential for large revenues, and we will continue to develop our projects in accordance with that model. Although the world is unstable right now, from a longer perspective, we expect continued demand for projects like ours.
Watch a recent interview with CEO Jessica Martinsson (in Swedish) here.
The content of BioStock’s news and analyses is independent but the work of BioStock is to a certain degree financed by life science companies. The above article concerns a company from which BioStock has received financing. 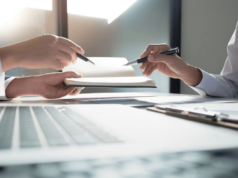 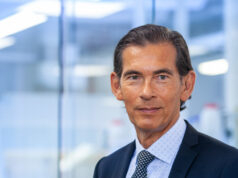 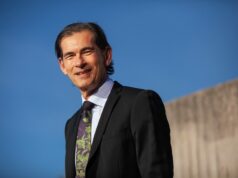