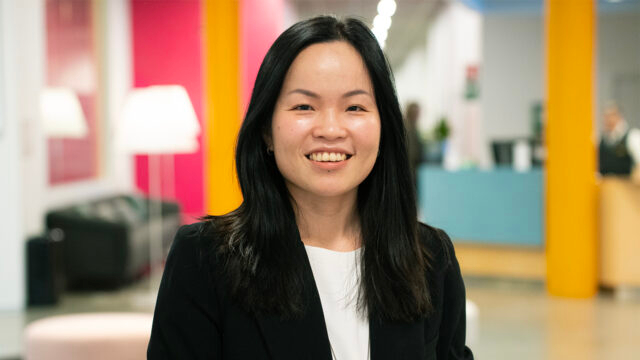 In December 2022, Anna Törner, Cecilia Bröms-Thell and Sarah Lidé announced that they are starting a new network for female leaders in life science. The network is called VILDA and will serve as a forum for exchanging experiences, gaining new insights and building rewarding relationships. Sarah Lidé, Deputy CEO of Medicon Village Innovation, talks more about the initiative in an interview with BioStock.

VILDA stands for Vd inom Life Science: Damer för Affärsnätverkande (English: CEO in Life Science: Ladies for Business Networking). The goal of VILDA is to strengthen life science women in leading positions and highlight female role models. Some examples of life science companies with female CEOs are Abliva, Invent Medic, Neola, WntResearch, Xintela, Arcede, Toleranzia, Idogen, Miris and Alzinova. Life science may have more female leaders than other industries, but they are still a minority, which VILDA wants to change.

Medicon Village in Lund is supporting the initiative by hosting and sponsoring the first meeting on February 2. The idea is that more meetings will be arranged in, for example, Stockholm and Gothenburg.

Could you first tell us a bit about your background in life science?

– I was originally educated in finance and law, but started my journey in life science in 2014, when I was a management consultant at PwC and was part of the team assisting Region Skåne in developing their life science strategy. Since then, I’ve led a variety of multi-stakeholder projects related to life science and healthcare both globally and locally in Sweden, developing thought leadership reports and giving life science trend briefings and strategic analysis at various conferences and seminars.

– In 2019, I joined Medicon Valley Alliance (MVA), the life science cluster organisation spanning the Öresund Region, as a Senior Strategy & Project Manager, where as part of my role I led the Microbiome Signature Project that was a 3-year joint project between MVA, Invest in Skåne and Copenhagen Capacity, that aimed to map, strengthen and position Medicon Valley as a leading research and innovation hub within the exciting microbiome field, for the purpose of attracting talent and investment to the region.

– After three fantastic years at MVA, I took on the role of Deputy CEO at Medicon Village Innovation starting October 2022.

How did the idea for VILDA come about?

– It’s actually been a desire I’ve been carrying for a while – to see a forum where we can lift up more positive female role models in leadership in life science, and to strengthen the development of and opportunities available to women desiring to grow in leadership. I’m thankful to then have gotten connected to my fellow co-founders Anna Törner and Cecilia Bröms-Thell, who shared the same desire and vision to create a network of female life science executives that could connect and share experiences in a trusted environment, and support each other in our respective leadership journeys. And so VILDA was born!

»It’s actually been a desire I’ve been carrying for a while – to see a forum where we can lift up more positive female role models in leadership in life science, and to strengthen the development of and opportunities available to women desiring to grow in leadership.«

What is the main purpose of the network?

– The aim is to create a trusting forum for women in leadership positions where members can exchange experiences, gain new insights, and be inspired by each other. The goal is to develop and strengthen their role, both business-wise and personality-wise, while developing a valuable network.

– The network is aimed at female business leaders (current or former CEOs with personnel responsibility), board members and female leaders in academia and healthcare.

How will you concretely go about achieving your goals?

– The ambition is that the first network meeting in Lund will be followed up by meetings in other parts of the country, such as Stockholm and Gothenburg, to eventually culminate in a national “summit” where life science women in leading positions from all over Sweden can gather and strengthen each other.

The first meeting is arranged at Medicon Village in Lund in February. How can female leaders in life science participate in the event?