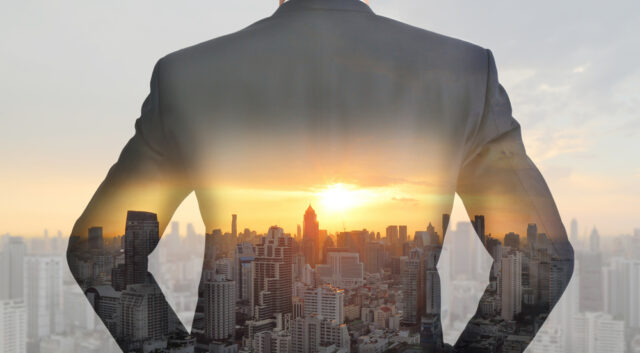 For Solna-based Promore Pharma, 2022 was characterised by steady advancement in the development of its drug candidate ensereptide. During the year, the company carried out a significant part of a phase II study with the candidate, which is being developed to inhibit scarring on the skin. At the same time, preparations for phase III studies are ongoing for the second candidate, ropocamptide. BioStock contacted CEO Jonas Ekblom to find out more about the company’s goals for 2023.

Biotech Promore Pharma develops ensereptide (PXL01) and ropocamptide (LL-37), two drug candidates within advanced wound treatment. In the ensereptide project, the goal is to reduce scarring associated with surgery or trauma. In its second project, ropocamptide, Promore Pharma is developing a new treatment for venous leg ulcers, the most common form of chronic wound.

During 2022, Promore Pharma steadily advanced the ensereptide project, currently in phase II, according to plan. In February, the company announced that the first patient had been recruited to the study, called PHSU05, whose goal is to investigate safety, tolerability and the extent to which the candidate reduces the likelihood of scarring. In March, news came that the recruitment target had been reached, and in June, the company was able to inform the market that the last clinic visit in the study had taken place.

The study evaluates the drug candidate in 24 patients, and a microscopic analysis of collected biopsies is currently being carried out. According to the original plan, the company expected present final data from the study to be ready to during the first quarter of 2023. In November, however, Promore Pharma announced that data is now expected to be presented a few weeks later. This as limited access to advanced equipment for digital image analysis at the company’s service providers meant that they had to carry out certain analysis steps serially, rather than in parallel. This means a small delay until the code can be broken and the final data compiled.

Product development in focus regarding ropocamptide

In the company’s other project, ropocamptide, the focus has been on developing a single-component version of the product that will increase user-friendliness. In his CEO statement for the company’s third quarter report of 2022, CEO Jonas Ekblom emphasised that several significant risks within the project had been removed during the year. The company has succeeded in the development of a preliminary manufacturing process that in the CEO statement is described as ‘appears to be robust, cost-effective and scalable.’ The goal is to conduct a phase III study, LL-37003, with ropocamptide after the financing of the study has been resolved.

BioStock contacted Promore Pharma’s CEO Jonas Ekblom for a comment on the company’s development during 2022 and his expectations for 2023.

Jonas, how would you summarise Promore Pharma’s development in 2022?

– We are very pleased with our R&D efforts in 2022. We have managed to carry out basically all planned activities on time and in line with the budget set by the company’s Board of Directors.

Can you comment on what is behind the limited availability of qualified personnel and specialised image analysis equipment which has shifted your time plan in the phase II study with ensereptide?

– Together with our service partner, Offspring, highly advanced histopathological analyses of tissue biopsies collected during the clinical part of our PHSU05 drug trial are carried out. The digital analysis work that utilises AI/Deep learning algorithms creates extremely large volumes of data, which means extensive processing times for each individual biopsy, and it means that not all work can be carried out in parallel.

What risks do you see for further delays?

– At this time, we cannot see any obvious risks of delays caused by factors that we can control ourselves.

Once the study results are in place, what will be the next step in the development of ensereptide?

– If we can demonstrate a significant treatment effect of ensereptide in comparison with placebo, then we want to conduct a subsequent clinical phase IIb trial. The design of such a clinical trial will be very much dependent on the outcome of PHSU05. If we can demonstrate an indicative treatment effect of ensereptide in PHSU05, it is our hope that based on the study results we can deduce (i) how a subsequent clinical trial needs to be dimensioned (i.e. how many patients are needed in each treatment group), (ii) which endpoints should be analysed, and (iii) how long the follow-up time should be. All of these dimensions, of course, have an impact on the duration and cost of a subsequent clinical study.

During 2022, you averted a number of significant risks related to using ropocamptide for the treatment of venous leg ulcers. What kind of risks are these?

– During the year, we developed an automatic mixing and dispensing process that is different from the production method we have previously applied. We have been able to ensure that a number of important product characteristics, such as viscosity, are not adversely affected by the new production method. Some work remains to be done, such as validating that the storage stability does not differ from our previous product.

What is your view on different funding options to be able to implement the plan to initiate a phase III study?

– Last year was a challenging time for most companies in the sector in terms of raising capital. Promore Pharma, and many other listed biotech companies, have had very low valuations that have been almost exclusively conditioned by macroeconomic factors of a geopolitical nature. Although we would prefer to carry out a phase III study in the form of a strategic collaboration, we are working with an open mind when it comes to the issue of financing.

Finally, what are your goals for Promore Pharma in 2023?

– The outcome of PHSU05 will be very decisive for how the way forward will look for Promore. This means that the first four months of the year are planned in detail and are about completing this clinical trial with high technical quality. The company’s strategic focus and path forward thereafter will depend on the study outcome, as well as oura bility to create financing solutions that are favourable to all shareholders. 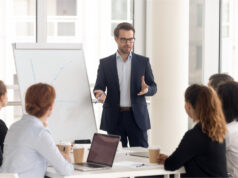 Promore Pharma advancing according to plan 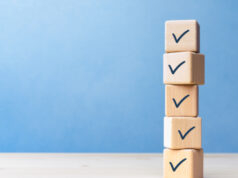 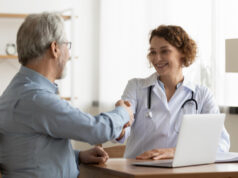