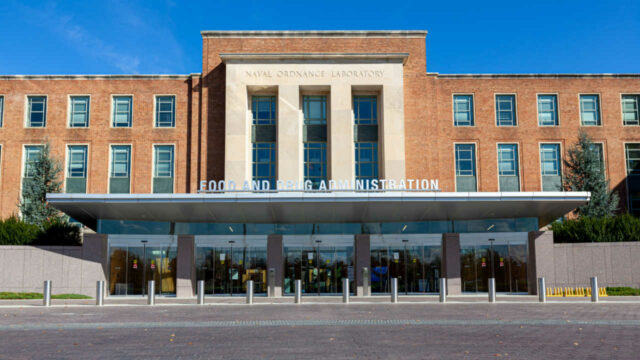 After approving an average of 51 drugs per year since 2017, there were only 37 FDA approvals in 2022. It is speculated that the authority has taken a somewhat more cautious stance after the controversies surrounding Biogen’s Alzheimer’s drug Aduhelm. BioStock has taken a closer look at some of last year’s approvals and also at what the regulatory pipeline looks like for the first quarter of 2023.

Few in the biotech world have missed the controversies surrounding Biogen‘s intended new blockbuster Aduhelm, which received approval from the US Food and Drug Administration (FDA) in 2021. While some consider the approval a breakthrough, the FDA has faced a lot of criticism after ignoring a panel of expert advisors that raised doubts about the drug’s efficacy before rejecting it.

In an article, the online magazine FiercePharma speculates on whether the Biogen deal has made the FDA more cautious when it comes to drug approvals. In 2022, a total of 37 drugs received market approval from the FDA, which can be compared with the annual average of 51 drugs approved since 2017. This is interpreted by FiercePharma as a display of prudence on the FDA’s behalf, exemplified by the handling of Amylyx’s application for the ALS drug Relyvrio last year. In this case, the FDA postponed its decision for six months and did not give the go ahead until the company presented more conclusive study results regarding the candidate.

However, 2022 is not the first year with few FDA approvals. In 2016, the FDA gave a thumbs up to a total of 22 drugs, compared to 2015 when 45 were approved, or in 2017 when the number of approvals was up to 46. The news outlet itself points to the fact that a large reduction in approvals is not a clear sign of the FDA taking a more cautious stance. After all, responses to the companies’ applications, so-called complete response letters (CRLs), are not published by the regulatory body, rather the announcement is left it to the companies themselves. This makes it difficult to determine exactly how many applications have been rejected.

However, some analytics firms are trying to keep tabs on the FDA’s responses. One of them is Pink Sheet Pharma Intelligence, which states that the FDA gave a thumbs up to 19 drugs in the first half of 2022, while 14 were rejected, which means that just over 57 per cent got approved. This can be compared with 2021, where the analysis company Evaluate states that 50 drugs were approved and 25 were rejected, which corresponds to an approval rate of about 67 per cent. Only the future can tell if this is a trend of caution on the part of the FDA.

When it comes to FDA approvals, the 2022 winner was US-based Bristol Myers Squibb (BMS), which was given the green light for three drugs, all of which are reported to have blockbuster potential. Among them is Opdualag, a combination therapy in which the checkpoint inhibitor Opdivo is combined with the LAG-3 antibody relatlimab. Opdualag is seen as BMS’s answer to the impending patent expiration for its bestsellers Revlimid, Eliquis and Opdivo. You can read more about bestsellers that are close to patent expiration here.

The pharma giant expects Opdualag to reach peak sales of around 4 BUSD in 2029.

Another BMS drug that received FDA approval in 2022 was Camzyos, for the treatment of hypertrophic cardiomyopathy. The drug was the main reason for BMS’ acquisition of MyoKardia for 13.1 BUSD in 2020. Even in this case, peak sales of over 4 BUSD is expected sometime around 2029.

Thumbs up for lecanemab

How the FDA chooses to act in 2023 remains to be seen, but so far it has started the year on a positive note. Late last week, the agency gave a go ahead to the Alzheimer’s drug lecanemab, developed by Swedish BioArctic in collaboration with Eisai and Biogen. It has been in the spotlight after this autumn’s positive phase III results – welcome news for all the patients suffering from this severe form of dementia. BioArtic stock soared in the opening trading this week on the back of the approval, building on the sharp advancement after the phase III results. Learn more.

Among the upcoming applications for market approval, we find Belgian Argenx with the antibody drug Vyvgart. In 2021, the drug was approved in the US for the treatment of generalised myasthenia gravis by intravenous administration. The company is now seeking approval also for subcutaneous administration of the drug.

In addition to the examples above, BioStock has listed some of the market applications that the FDA has to consider during the first quarter of 2023.