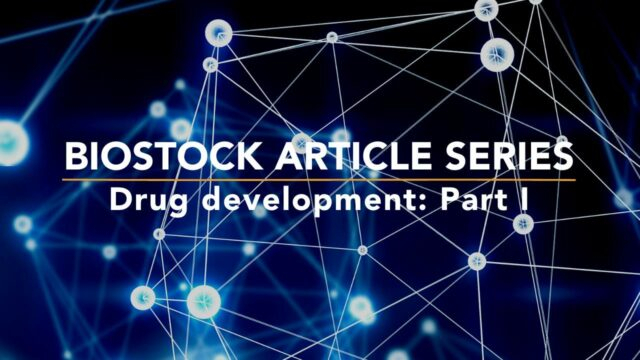 Developing a new drug is a complicated, multifaceted process that usually takes at least a decade. Each development phase is also associated with new challenges for the drug-developing company. In this series of articles, BioStock goes through the many aspects of drug development and what is required to take a drug from concept all the way to the market.

Most people have some kind of relationship with medicines. However, we rarely think about the work behind the development of these. With this article, BioStock takes an in-depth look at the four stages of drug development, including some of the main regulatory hurdles that drug developers face in order to be able to provide new medicines to patients.

Developing new, innovative drugs takes time – a very long time. On average, the journey from discovery to market takes 12 years, however, in newer areas of medicine, like gene therapy, it can take up to 30 years. Many players in the drug development space would find the 12 year mark an optimistic one, especially considering the daunting statistic that roughly 1 in 5000 new compounds are approved as pharmaceutical drugs by regulatory agencies like the Food and Drug Administration (FDA) in the US or the European Medicines Agency (EMA) in the EU.

Drug development can be divided into four phases: discovery, preclinical studies, clinical development and market approval. The image below provides an overview of the process, including an estimated timeline for each step.

Let’s go through the process step by step.

The discovery stage starts with research and development in a laboratory setting. Researchers identify target molecules – such as genes or proteins – that are believed to have the potential to contribute to the development or aggravation of a disease.

This is followed by so-called in silico – computational – testing performed on hundreds – sometimes thousands – of chemical or biological compounds to evaluate their ability to specifically interact with the target molecule(s), and, hence, the disease.

The discovery phase is followed by a pre-clinical research phase, where the lead compounds are tested both in vitro and in vivo – experimental models that comes as close as possible to resembling humans. Once fully characterised, the most promising compounds become lead candidates.

The most important aspect of preclinical research is the rigorous safety tests with the purpose of ensuring that the candidate is not toxic before it can go through clinical studies in humans.

Altogether, the discovery phase and the preclinical phase can take four to seven years.

After completion of the preclinical tests, provided the results positively answer the researchers’ hypotheses, developers will apply for permission to proceed with clinical – in-human – studies. This is done either through an Investigational New Drug (IND) application in the US or a Clinical Trial Application (CTA) in the EU. The respective regulator authority then examines all available data and and decides whether to approve a move to the clinic.

Following regulatory approval and approval from ethics committees, the first clinical study, a phase I study – which constitutes the first study in humans, is initiated. Here, the candidate is generally tested on 20 to 80 healthy volunteers with the aim of determining whether the candidate behaves in the same way in the human body as the preclinical studies have indicated.

The safety profile – or toxicity – of the substance is again the main focus, but this time in humans. In phase I you test what constitutes a safe dose, how the drug is absorbed, and how long it is active in the body. It is worth noting that, for safety reasons, phase I clinical trials tend to exclude women of childbearing age.

A phase I study takes up to one year to perform.

In the event of positive safety results from phase I, drug developers can apply for permission to take the next clinical development step – phase II. In this phase, the candidate is most often evaluated in 100 to 300 patients diagnosed with the disease that the candidate is intended to treat.

Here, efficacy joins safety as minimum and maximum dosages of the drug are determined for use in the next phase of development. Phase II typically takes up to two years.

In the case of positive safety and efficacy data from phase II, the next step is phase III. This is the last step in the evaluation of a drug before requesting market approval from pharmaceutical regulators. The number of patients enrolled in a phase III study is usually at least 1000 – this ensures that enough data is obtained to show that the drug is safe for humans and has the intended clinical efficacy.

In connection with the phase III study, researchers document and report any side effects experienced by patients. This means that patients need to be exposed to the drug for long periods of time in order to make sure those side effects are properly assessed. Any side effects noted at this stage are those that are then listed in the package leaflet of the final product.

Phase III takes on average one to four years.

In the event of good results from phases I-III, an application for market approval is submitted, called New Drug Application (NDA)*/Biologics License Application (BLA) in the US and Marketing Authorisation Application (MAA) in the EU. These can include hundreds of thousands of pages of documentation summarising all collected data from the discovery phase onwards, and where the principal investigator argues for approval with the FDA and/or EMA

*Note that some new drugs are categorised as new molecular units (NMEs), i.e., active ingredients that have not yet been approved by the FDA or other regulatory authorities, and that these require an NME NDA application.

If the regulatory authorities approve an application, the candidate – or medicine as it is now called – is ready for market launch. At this point, price negotiations begin between the principal and the potential buyers (government agencies or insurance companies, depending on the healthcare system).

The price negotiation process can differ greatly from country to country. EU member States follow specific EU guidelines but may also have some country-specific guidelines. In Sweden the compensation rules are determined at the national level. Read more. In the US, on the other hand, price negotiations between the pharmaceutical company and the private insurance companies are handled without participation from the authorities. The system has led to significantly higher prices for drugs in the US compared to Europe and other developed countries

In some cases, regulatory authorities require follow-up phase IV studies after a drug has received market approval. This is done by collecting data from clinical practice – that is, real care units that treat patients.

The aim is to increase pharmacovigilance. Phase IV studies evaluate whether the drug is interacts with other substances, and additional safety tests are conducted. This is especially important when it comes to drugs for complex medical conditions, or that are intended for the treatment of pregnant women who are unlikely to have been included in the studies in phase I-III.

Additionally, phase IV studies may be relevant for drugs that will treat rare conditions, which tends to mean a limited number of patients in phases I-III. The results of the previous clinical studies thus have a weaker statistical certainty, which is why the authorities are asking for further confirmation of the safety and efficacy of the drug.

All in all, it takes 12-15 years from substance discovery until a drug reaches the market. Note that in this article we have not touched on the challenges associated with each individual development step and with government responses. Look out for the next article in the series where we take a closer look at the challenges that drug development companies face, including the high costs associated with drug development. 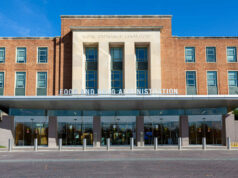 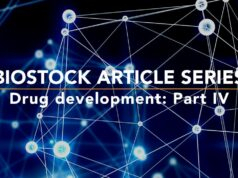 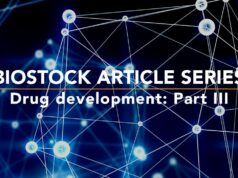