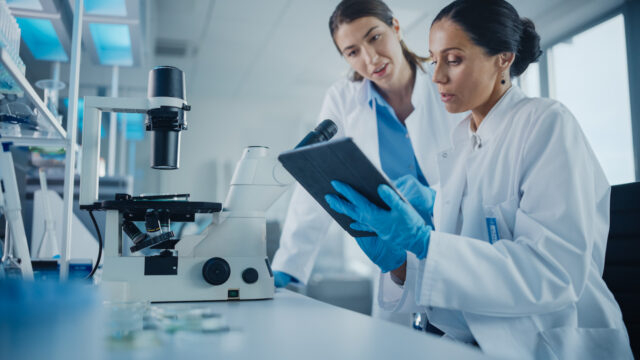 With over 100 companies with a combined turnover of more than 33 billion SEK, life science has become the Uppsala region’s largest growth industry. Despite the tough market situation, investments in the region are increasing and the outlook is bright. BioStock takes a closer look at Uppsala’s growing life science sector.

Life science has become an important industry for the Swedish economy. During the first half of 2022, Swedish pharmaceutical exports amounted to approximately 70 billion SEK, an increase of almost 40 per cent compared to the first half of 2021. A large part of Sweden’s success in life science is the emergence of industry clusters and innovation hubs for start-up companies. Learn more.

To support the development, several initiatives have been created in life science. STUNS – a local foundation fostering collaboration between the universities in Uppsala, businesses and public organisations –- has been operating in the region since 1985. Some organisations support new companies such as Almi, Uppsala Innovation Center (UIC), Connect Uppsala, Scilifelab and Bioprocess Innovation Hub.

There is also the Testa Center, a national test bed for bioproduction, which has been financed by Sweden’s innovation agency Vinnova and Cytiva to secure the growth of the life science industry and its manufacturing capacity.

With more than 100 companies with a combined turnover of more than SEK 33 billion, life science has become the Uppsala region’s largest growth industry.

BioStock recently reported that biotech company Cytiva’s sales increased by 50 per cent during the pandemic. The company has invested in increased production and this summer inaugurated a new facility. Read more about it in BioStock’s interview with Cecilia Sjöstedt, site leader at Cytiva’s facility in Uppsala. Read the interview here.

The dermatology company Galderma has also recently broken ground for a factory in the region in which they have invested 2 billion SEK.

Norwegian immuno-oncology company Ultimovacs, whose patented technology is based on preclinical and clinical research, also has an office in Uppsala due to the acquisition of Immuneed’s cancer virus project. Ultimovacs’ CEO Carlos de Sousa recently commented to BioStock that the company has good prospects of reaching significant clinical development milestones next year. Read the interview.

BioStock follows the news flow in the life science industry in the Nordic region and below we describe the status of some of the Uppsala-based companies that we have reported on during the year.

Medtech company Pharmacolog is also seeing an increased global demand for its products and services for quality control of medication safety and drug diversion prevention in healthcare. BioStock recently talked to CEO Mats Högberg about growth, focus on market expansion and cost control. Read the interview (in Swedish).

Emplicure has had an eventful start to the autumn with a change of CEO and the start of a clinical pharmacokinetic study with the candidate Empli03 that is being developed for the treatment of chronic pain. Håkan Engqvist, the company’s newly appointed CEO, told BioStock about the latest developments. Read the interview.

Uppsala company Miris develops and markets the Miris Human Milk Analyzer (Miris HMA) instrument, which is the only market-approved medical device in the world for the analysis of human milk. During the year, the company showed growth and increased sales by as much as 133 per cent in the third quarter. Read more about the company’s prospects in BioStock’s interview with Miri’s CEO Camilla Myhre Sandberg.

Medtech company OssDsign reported a sales increase of 96 per cent in the third quarter of this year compared to the same period in 2021, which sent the stock soaring. OssDsign, which is one of the investment company Karolinska Development’s (KD) portfolio companies, develops and manufactures regenerative implants and patient-specific solutions for the treatment of bone defects, intended to promote bone growth in the spine and improve the healing of, for example, serious cranial and facial defects.

Uppsala-based Dicot is in the process of developing the candidate LIB-01, which after a recently conducted ex vivo study is believed to be the next-generation potency drug. This autumn, BioStock spoke with Dicot’s CEO Elin Trampe to hear more about the company’s development. Watch the interview here.

The drug delivery company LIDDS has a broad product portfolio with several projects in clinical development and its proprietary and versatile technology NanoZolid solves problems in many indication areas. The company presented at the BioStock Life Science Fall Summit

BioStock’s overview of cluster collaborations and some of the companies in the Uppsala life science sector shows that there are good conditions for the continued growth of the sector in the region.

BioStock has also written about similar clusters in Medicon Valley, the name for life science in the Öresund region, as well as in Region Stockholm and Umeå. 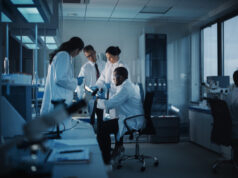